Germany’s legislation regulating the work of civil society organizations is outdated and vague, leaving them vulnerable to attacks by some politicians and commercial lobbyists, Liberties' new report finds.

Civil society organisations (CSOs) are crucial for the proper functioning of a healthy democracy. They provide citizens with tools and channels to speak to their political representatives and ensure governments don’t overstep their legal powers.

In Germany, the state recognises the importance CSOs play in representing public interests by conferring charitable status. This exempts their donations from taxes and makes CSOs eligible for state funding and funding from private institutions – two key sources of income.

The problem: the rules that determine who qualifies for such a status are outdated and do not sufficiently protect the role of CSOs who represent public interests and facilitate public participation on matters that are part of current political debate.

For example, CSOs whose activities include dog sports or aero-modelling can easily justify their charitable status. But CSOs involved in the defense of children’s rights, peace or social justice can face difficulties in obtaining the status. CSOs who engage in advocacy, participate in public debate or represent public interests towards decision-makers have been particularly hard hit, on the grounds that their activities are ‘too political’.

Some politicians and lobbyists have tried to use this to restrict the work of CSOs whose work does not fit their interests. As a result, CSOs like ATTAC Deutschland, who campaign on matters such as the introduction of a financial transaction tax and Universal Basic Income, and Campact, who campaign on topics such as the use of pesticides and hate speech, have been stripped of their status. This has led other CSOs to self-censor and curtail their participation in democratic processes for fear of facing the same fate.

Other organizations, such as the Umwelthilfe, one of the leading environmental protection organisations, have faced similar pressure from CDU and CSU politicians who have close ties to the automobile industry. The Finance Ministry and Olaf Scholz promised to reform the legislation but have failed to provide a draft proposal so far. Instead, the legislation regulating CSOs will be adapted in the Annual Tax Act in November. Experts like Stefan Diefenbach-Trommer are afraid that decision-makers will not address the legal uncertainties caused by the legislation and that CSOs will therefore continue to self-censor and limit their scope of activities out of fear of losing their status.

By restricting the activities of its civil society, Germany is undermining its role as civic space defender. Liberties encourages the government to implement the following recommendations in its future reform of the legislation: 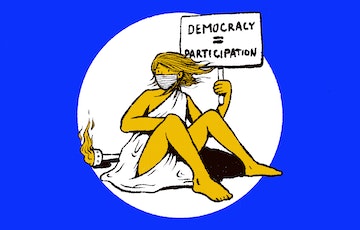