​While governments around the world are rightly focussing on vaccination strategies to protect people from COVID-19, a debate has heated up as to what the vaccine will entail for our civil liberties – including our right to move freely in the EU.

No EU country has yet chosen to make the vaccination compulsory. But politicians around Europe have floated the idea that only those who have been vaccinated should be able to enjoy access to services and venues that have been restricted to curb the spread of coronavirus. The Greek prime minister has gone further and called for a standardised EU digital vaccine certificate to be used by individuals to travel with no restrictions between EU countries.

Help us fight for your rights! Donate
We’ve already written here about how requiring a person be vaccinated before they can go to public places, like schools or bars, could lead to a two-tier society. It is likely that some groups in society will have slower access to vaccination, because of existing inequalities, lack of awareness, the effects of corruption or political favouritism. In such circumstances, vaccine passports will exacerbate the divide between those who already enjoy a favoured position in society and those who are on its margins.

If governments add free movement to the list of liberties only available to those who get the vaccination, this will add to the social divide within countries. But there are three other reasons why requiring a vaccine passport for EU travel is a bad idea.

First, it could create a divide between citizens of different EU countries. That is, citizens in countries that roll out the vaccine more slowly will end up with restrictions on free movement compared to citizens in countries that vaccinate more quickly. It’s also not clear whether a vaccination certificate would only be issued for vaccinations that have been carried out with a vaccine approved by the European Medial Agency. Currently, the Russian and Chinese vaccines don’t have this approval. And Hungary, which says the EU has not allocated it enough doses of other vaccines, seems to intend to use these.

Creating a divide between EU countries whose citizens can travel more would undermine what is probably the EU’s most tangible benefit in the eyes of the public. But it could also feed into Euroscepticism. In 2017, several Central and Eastern European governments used the horse meat scandal to stoke anti-EU sentiment. Their argument: the EU was treating its citizens as second-class by allowing the sale of inferior quality products, compared to those in Western Europe. We can expect Eurosceptic politicians to again cry foul if it looks like the EU is taking free movement away from certain countries.

Second, a vaccination passport may also prove counter-productive. There’s no clear data yet on the extent to which vaccination campaigns will be effective in halting or reducing the transmission of the disease. The World Health Organisation has warned that the use of vaccine passports at this stage to enable unhindered travel could endanger public health by creating a false sense of security.

Third, there are inevitably risks to travellers’ privacy if the vaccine certificate is in digital form. Governments won’t only have to ensure that they keep individuals’ data safe, but also that this is not shared or misused for other purposes. If the vaccination certificate is required for travel between countries, it means all 27 governments have to have interoperable systems with equally strong data protection systems. And the EU data protection chief already expressed scepticism about the feasibility of this.

Some EU Commissioners seem open to the idea. Governments are divided. Some, like Malta and Portugal, whose economies are similarly oriented to tourism as Greece’s, seem to like the idea. Certain EU countries, like Poland, are already moving to putting the idea in practice solo. But others, like France and Romania, expressed serious disquiet.

What should the EU do?

The EU should do all it can to avoid vaccination passports becoming an attractive option for governments. Governments are less likely to resort to such measures if there is an overwhelming public take-up of the vaccine and feasible alternatives for safe travel are in place. The Commission could:

1 - Offer to coordinate EU-wide measures for safe travel, such as increased testing facilities, and urge governments to accept certification of a recent negative test as sufficient to allow travel.

2 - Encourage governments to use EU pandemic recovery funds for vaccination programmes aimed at parts of the population that would otherwise be more difficult to reach. Such as those living in rural or less affluent areas that are far from hospitals and clinics. The EU could also invest in further educational campaigns about the benefits of the vaccine. This would help to counter disinformation campaigns that make people reluctant to vaccinate.

3 - Invest further in research on the degree and duration of immunity and transmission reduction rates induced by vaccine. 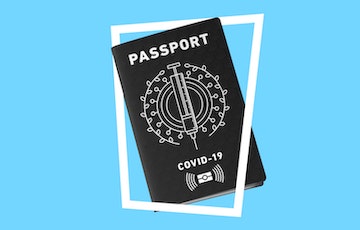 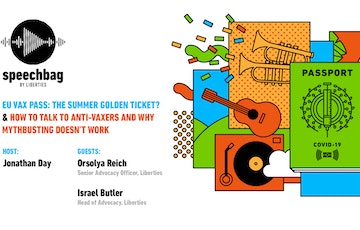 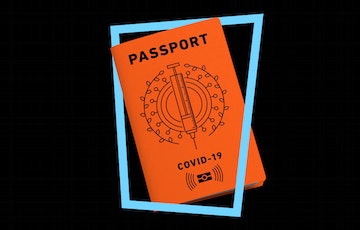