Journalists and watchdogs deserve better protection against the ‘lawfare’ of powerful politicians or businesses. The new EU anti-SLAPP initiative could turn the worrying trend of weaponizing laws and courts to silence critical voices in Europe.

The European Commission chose to honor World Press Freedom Day early – and in style. Last week, it put out a landmark proposal to rein in abusive lawsuits that aim to silence critical speech, bar accountability, and undermine fundamental rights. Known as SLAPPs (for strategic lawsuits against public participation), these cases have become increasingly common in the EU, used by politicians and businessmen alike to intimidate journalists, watchdogs, and others who report on matters of public concern.

For years, activists have been raising the alarm over these cases and the deleterious effects they have on democracy, as well as their spread: SLAPPs are on the rise in nearly all EU states, even those with strong democratic traditions. The Commission’s proposal is a promising step towards stamping out these abusive lawsuits and properly protecting journalists and watchdogs. But much is still to be done before we can consider it a true game changer.

A solid basis to build on

For those who have long been advocating for an EU anti-SLAPP law, there is much to like in the Commission’s initiative. The package includes a proposal for an EU Directive with key safeguards and protective measures that should feature in any serious anti-SLAPP statute. The scope is broad and shows a firm understanding of what SLAPPs are, who is behind them, whom they target and why. The rules would provide any watchdog – be it journalist, NGO, activist, or academic – procedural tools to fight back lawsuits that are either manifestly unfounded or bear the hallmarks of abuse, and are brought solely to chill or retaliate against public participation. The Commission has come up with an innovative definition of cross-border cases tailored to the nature of SLAPPs, which takes into account that their transnational impact is also reflected in litigants often silencing watchdogs engaging on matters whose relevance goes beyond national borders.

In addition to the proposal’s scope, the manner of protection it affords is also laudable. It includes a mechanism for early dismissal of SLAPP cases under an accelerated procedure, with the burden of proof falling on the claimant. SLAPP victims would be given financial security for costs during the proceedings and compensation for legal costs and damages – including physical and psychological harm. SLAPP initiators could face financial penalties for lodging these frivolous suits. NGOs with an interest in fighting back the threat to public participation posed by a SLAPP would be able to intervene in the case to support the victim. The proposal even includes provisions to protect EU watchdogs SLAPPed outside the Union, by offering them the possibility to ask their national courts to block the recognition and enforcement of foreign judgments and oblige litigants to compensate them for damages.

Moreover, the Commission’s package takes a holistic approach, with the legislative proposal accompanied by recommendations to insulate the legal and judicial systems from abuse and prevent them from being used to silence watchdogs. It calls for awareness-raising and data collection, legal training of judicial and legal professionals, a review of ethical codes regulating lawyers, support and free legal aid for targets, and a review of laws unduly chilling free speech. All of this is necessary to bring about a mindset shift against SLAPPs and to educate even those within the legal profession about these cases.

Despite the Commission’s ambition and the overall strength of its proposal, there are still areas to improve. The proposed law includes an exception to its broad scope for cases related to “administrative matters” – an ambiguous distinction that could provide SLAPP claimants latitude to circumvent the rules. For instance, would this exception cover some GDPR-related cases? There are gaps in protection, too. Importantly, the proposed application of the early dismissal mechanism only to cases which are “manifestly unfounded” risks allowing many SLAPP cases to still proceed to trial.

The discretion left to courts in granting certain remedies could also frustrate protections for SLAPP victims. For example, the awarding of costs is not automatic, and national jurisdiction may require victims to start new proceedings to get compensated for damages. The provisions on sanctions would also benefit from firmer language, to make sure that the “dissuasive” nature of penalties duly takes into account the power and wealth on which SLAPPs rest. These issues need to be worked out if the EU is to pass the strongest possible set of rules against SLAPPs.

It’s all still to play for

While there is much to be excited about in the Commission’s initiative, it is just that – an initiative. Now the hard work begins.

The ambition shown by the Commission must be matched both during negotiations on a final directive and in its eventual implementation by member states. The European Parliament and the Council must fight back any attempt to water down the Commission’s proposal during coming negotiations, which should instead focus on closing remaining loopholes. Once the text is agreed by EU legislators, national authorities must implement provisions in a manner consistent with their objectives and scope.

In the meantime, the Commission must urge governments to take concrete steps to address its recommendations – supporting them with guidance, making EU funding available, mobilizing European judges and lawyers associations, leveraging cooperation with other international actors such as UN and Council of Europe bodies. A structured monitoring framework involving civil society actors should also be set up to regularly track progress.

For too long, journalists, watchdogs and others working in the public interest have been intimidated or silenced by SLAPPs. The Commission’s initiative puts the EU on the path to changing that. EU institutions and national authorities alike must build on the initiative and work towards concrete, enforceable measures that can grant those working for the public good the protection they deserve.

This op-ed was published in Euractiv. 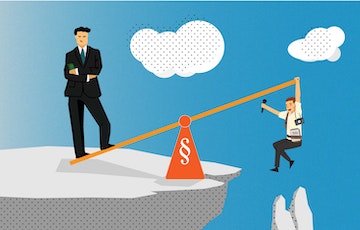 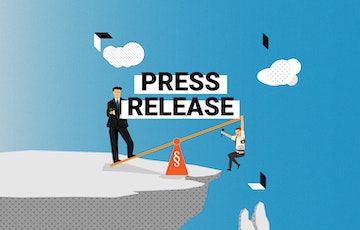 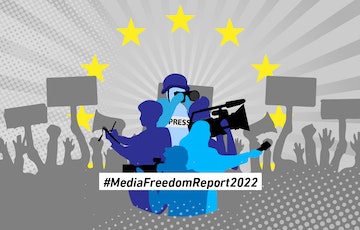