Marginalization occurs when a person or groups of people are less able to do things or access basic services or opportunities. But we have the power to create a freer, more just society.

In free, democratic societies, we have a lot to be happy about. We may have good schools and hospitals, a vibrant economy built on good infrastructure, and the freedom to choose who represents us. But even in such a society, not all members have the same access to the opportunities, services and benefits. This inequality is also called marginalization, and it exists even in the strongest, wealthiest countries in the world.


Marginalization definition: what does it mean?

Marginalization, also called social marginalization, occurs when a person or groups of people are less able to do things or access basic services or opportunities. It’s also sometimes referred to as social exclusion.

Are you able to send your kids to good schools, and are they free or affordable? If you become ill, is it easy for you to see a doctor and get treatment? Do you have the same chances as everyone else to get a job and build a career? Schools, access to healthcare, employment—these are all areas where people may not have equal opportunities, and this causes marginalization. But marginalization can also come from everyday inequalities, like whether you live in an area with good, safe roads or access to public transit, or if buildings are equipped for a disability you might have.

Help Us Fight For Marginalization Donate

What is the cause of marginalization?

All societies are built by those in power. In a democracy, the people get to pick who gets the power to shape our societies, but it is still the case that important policies and decisions will be effected by a select few. And the further one is from these people, the greater chance there is that their needs will be ignored. Think about minority groups. Even in democracies, they often struggle to gain equal access to schools, jobs, or even housing opportunities that would allow them to live in new communities.

What types of marginalization exist in a modern society?

People who are socially marginalized don’t have the same social opportunities as others. They can’t go to the same clubs, reasonably access the same shops or services, and they often even live in segregated, socially excluded communities. This commonly affects ethnic minority groups, and it is often a lifelong marginalization that affects generations of the same family.

Economic marginalization means that people do not have the same chances as others to contribute to and benefit from the economy. They don’t have the chance to get a good job, or couldn’t attend a trade school to equip them with the skills to enter a certain sector. They may struggle to make enough money to live a decent life, or to access critical healthcare if they fall ill.

Political marginalization means that some groups of people are not able to participate democratically in the decision-making process. If you do not have a seat at the table, it is very hard to get your voice heard. And when we already struggle to do that, it means politicians have a very easy time continuing to ignore your needs and focus all their attention on the needs of the majority.

These forms of marginalization are broad, and they are very often interlinked. If someone is socially marginalized, it is very likely that they are also economically and politically marginalized. And it can be very hard to break out of this on your own. The barriers that we’ve set up in life, for example certain education qualifications for employment, make it very difficult to overcome marginalization in one area and avoid it in another.

That said, there are several groups in today’s western democracies that continue to face marginalization, or the threat of it, to degrees beyond the majority population. LGBTQI people are still fighting for the same rights as straight people in many European countries. In Poland, they are still targeted by hate groups and the media and ignored, if not openly antagonized, by the government.

Senior citizens are at high risk of marginalization because their decreasing mobility, and increasing need of care, make it more difficult to participate in society and make their opinions heard. Many live in a segregated home with other elderly citizens, a member of this small community but almost entirely removed from broader society.

Ethnic minorities are also at high risk of marginalization. The recent Black Lives Matter protests in the United States and elsewhere happened because black people are still marginalized in so many countries, and the governments simply are not fixing a broken system. In Europe, the Roma face extreme marginalization, forced to live in separate communities without basic utilities, or forced to attend certain schools.

Persons with disabilities are often marginalized. Physically, it may simply be more difficult to get out and do things—go to a workplace, a gym, the theatre. Or they might need expensive care that their government doesn’t provide for. And while buildings are increasingly equipped—often by force of law—to handle common disabilities, it is probably quite difficult for you to think of even three disabled politicians running your country. In other words, they are underrepresented in government, as is true with other groups mentioned. And this puts them more at risk of being marginalized.

One group that’s making strides to increase its representation in government is women. Although women are still a minority in houses of parliament across Europe, their share of seats is increasing and many countries have been or are led by women. But women are still marginalized. Generally, they’re expected to oversee domestic duties and child-rearing. This makes it more difficult to develop careers and become financially independent. Things like unequal parental leave and expensive child daycare make it more difficult for women to avoid being marginalized.

How does marginalization affect society?

Marginalization affects society by making it a less equal, stable, and enjoyable place to live in. By effectively excluding some people from society, we are all deprived of the work, talent, thoughts and culture that they could share with the rest of us. That makes all of us worse off.

And marginalization probably drives crime. This is not just from marginalized people who might fall into petty crime to make ends meet. It’s also the often more violent crime against those who are already marginalized, for reasons that are absurd. It is increasingly common in countries where populist authoritarian governments use marginalized groups as scapegoats for the problems of the majority. Authoritarian politicians and their allies in the media do their best to make white Americans feel that their jobs are threatened by people who migrate from Central America; politicians in Hungary and Poland spread hatred against people who migrate and LGBTQI persons who they portray as a threat to the culture and tradition of white Christians. These myths are perpetuated by some politicians and parts of the media to the point that it drives some people to violence. But at the very least, it entrenches stigmas and stereotypes and makes it even more difficult for someone from these groups to participate in society.

How do we address marginalization?

Marginalization must be addressed by changing the systems and practices that perpetuate it. This means that the government must do more to see that the benefits of society can be enjoyed by everyone. Are resources, like water, electricity and fuel, distributed in a fair manner across the entire country? Do all communities in need of infrastructure investment have the same chance of getting it? Is the state making good education and quality healthcare equally available to all communities?

Do you want to learn more about marginalization?

We also need to have a hard look at how free and fair elections are in our country. Even in democracies, there are certain mechanisms, attitudes, or even regulations that make it more difficult than it should be for minority groups to have their say in politics. So we need to work to ensure that our system of choosing our representatives produces a government that is truly representative of the people.

But change also needs to come from each of us as individuals. We need to change attitudes so that we create more support for things like feminism and civil rights. This means we need to teach these things to our children, and not hide dark chapters of our history like colonialism or slavery. The better people understand what happens when people lose their rights, the more likely they are to support systems and practices that prevent that from happening. 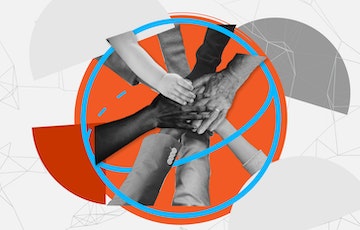 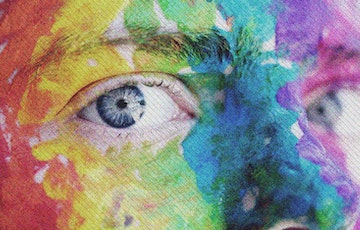