What can we do in the face of turbocharged populism? Looking back at a 90s bestseller might provide some answers.

argued that two equally strong forces are fighting for our hearts and minds. “McWorld” is Barber’s metaphor for the homogenizing, profit maximizing, hygienically efficient spirit of global capitalism. “Jihad” is what is happening in response to that: the rise of ethnocentric tribalism, the growth of parochial hatred and the longing to return to “a world that existed prior to cosmopolitan capitalism and that was defined by religious mysteries, hierarchical communities, spellbinding traditions and historical torpor.” McWorld makes national borders porous from the outside. Jihad wears them away from the inside. Barber reckoned that eventually McWorld would overcome the anti-modernity represented by Jihad and become the only player in the game. But he did not consider this to be cause for celebration. To his mind, the nation-state provides the best vessel for democracy, and since both Jihad and McWorld undermine the nation-state, democracy’s prospects are bleak whichever one comes out on top.

Now, of course Barber's thesis that the nation-state, and democracy itself, is being crushed by the dialectical vice formed by McWorld and Jihad is provocative. Looking around in 2019, it also seems to be somewhat off. McWorld is still here, as is the Jihad that Barber describes, but in some countries political leaders have managed to raise tribalism from the subnational level to the national level. Nationalism has basically returned as Jihad 2.0. Chances are that the Brits are leaving the European Union. The American President wants to build a wall to the Southern border of his country to stop immigrants from entering. The Hungarian Prime Minister has already managed to do that. Should we be happy about it? Should Barber be happy about it? After all, the nation-state is strengthening again, and since that is supposed to be the best vessel for democracy, we may indeed have a cause for celebration.

Progressive Europeans need to act fast to hold back the tide

Whether or not Barber should be happy (in fact, he wasn’t overjoyed with the developments) is a curious question. But we certainly should not be. These leaders, the leaders we may call populist authoritarians, may say that they are defending their nations’ sovereignty by building walls, and for them their countries come first. They may say that they are representing the will of the majority (the true countrymen!), and they are the only true democrats. But this is hardly the case. Instead, they elevate hatred and fear to the next level and use our vulnerabilities against us to strengthen their own power.

Luckily, the fight against populist authoritarianism is not lost. But we progressive Europeans don’t have long to respond. If you are interested in why this is the case and you want to know what policies you should be supporting in order to come out victorious, read the new book by our head of advocacy, Dr. Israel Butler, HERE. 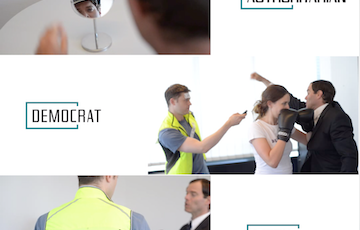 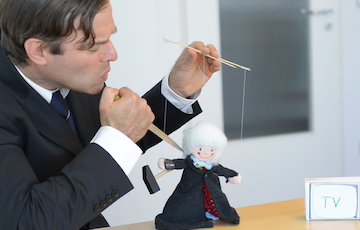 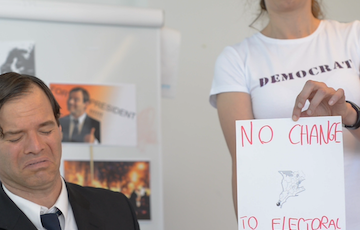