Academics are writing so many books on populism that you'd think we'd have found the answer to the ultimate question by now: why are increasing numbers of voters choosing candidates with authoritarian agendas? Especially when it seems counter-intuitive. Women are voting for misogynists. People in a vulnerable economic position are voting for corrupt politicians who give the rich tax breaks. Voters seem content to throw away the guarantees that protect us from government abuse, like civil liberties and an independent judiciary. Why would they rather place faith in strongmen to take us back to 'better times' when society was straighter, whiter and more patriarchal?

Most of the mainstream public debate on populism is dominated by political scientists. Some of them claim 'it's the economy, stupid!' The global recession has meant that poorer white men with lower levels of education are angry that their jobs have come under threat from low-skilled migration and free trade. Others argue 'it's the not the economy, stupid, it's culture'. Poorer, lesser educated, white men are anxious that migrants, ethnic minorities, feminists, and LGBTI people are threatening traditional cultural norms and their status in society. Others argue that the problem is terrorism, which has been associated with migrants and ethnic minority groups. Some experts argue that it's just plain racism and sexism. And mixed into the debate are bits of conflicting evidence about where age, education, religiosity, and the rural-urban divide fit in. At least everyone seems to agree that voters are angry with the mainstream political 'elite' for allowing these things to happen on their watch.

It's not that mainstream commentators are getting it wrong. But they've come up with so many alternative, seemingly contradictory explanations that we haven't been able to properly define the problem. And that's meant we can't come up with effective solutions.

In a nutshell, there are two types of authoritarian voter. There are inegalitarians who believe in maintaining socio-economic hierarchies. And there are oppressive traditionalists who believe in maintaining traditional cultural norms, harshly punishing people who deviate from those norms and concentrating power in a strong leader to maintain order. These groups don't vote for authoritarian populists until their dormant attitudes are triggered. Inegalitarians are triggered when they think previously marginalised groups threaten their social or economic status, like women, LGBTI persons, ethnic minorities and migrants. Oppressive traditionalists are triggered when they think their groups is under threat – from marginalised groups or the elite. And they react to economic shocks, changes to traditional cultural norms or threats to physical security.

So yes, the economic recession, rising inequality, migration, terrorism, social and cultural changes, competition for jobs and public services have all played a role in the rise of populist authoritarians.

Authoritarian voters are also angry with an 'elite' that has allowed or encouraged these sources of threat and competition to emerge. And they want a strong leader to reinstate traditional cultural rules - that includes women who vote for misogynists because they believe in traditional gender roles. Authoritarian voters also favour harsh punishment for anyone they think threatens the group – that's how Trump gets away with saying migrants should be shot at, separated from their children and teargassed. And that's why activists and independent courts are increasingly attacked by authoritarian governments: they're obstacles in the path of a strong leader who promises policies that they say will keep the group safe, strong and stable.

In the past, these two types of authoritarian voter have been scattered in terms of which parties they vote for. What we see now are increasingly sophisticated politicians who have managed to trigger and unite these voters behind them in sufficient force to win referendums (like Brexit) or elections (like in the USA, Hungary and Poland). These politicians have capitalised on some genuine sources of threat and competition (like the economic crisis and terrorism), and sometimes they've just manufactured threat and competition with the help of the media (like on migration). And they've scapegoated minority groups as the source of their supporters' anxieties.

The book explains where authoritarian political attitudes come from, including the roles played by things like education, gender, age, religion, the urban-rural divide and job status. And then it proposes effective counter-measures. That's something that the confused analysis of political scientists hasn't allowed us to do. Those counter-measures are rooted in human rights because the architects of human rights standards calibrated these rules to create an environment where authoritarians could never take power again.

From January, we'll be bringing you insights from the book in the form of short (shorter than this one!) blogs. But you can also go and get stuck into the book. That's where you'll find the detail, in case you already have questions. 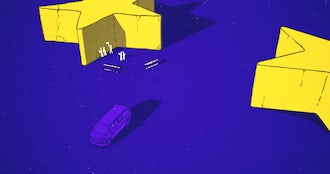 December 02, 2019 • by Israel Butler, LibertiesEU
Liberties has prepared a series of one-page briefings for the new EU Commission to summarise important civil liberties issues: what the problems are, why they matter to the EU, and what we think the EU can do to solve them.
You need to accept Functional Preferences Cookies to see this content.