Most EU governments are neglecting their democracies, according to the new ‘Liberties Rule of Law Report 2022’.

Liberties’ third annual review of the rule of law, democracy and fundamental rights in the EU covers 17 countries. The report, an independent piece of analysis built on information contributed by 32 rights groups across the EU, responds to the Commission’s request for information as it prepares its next annual audit of the rule of law. Liberties Rule of Law Report 2022 finds three broad trends among EU countries. 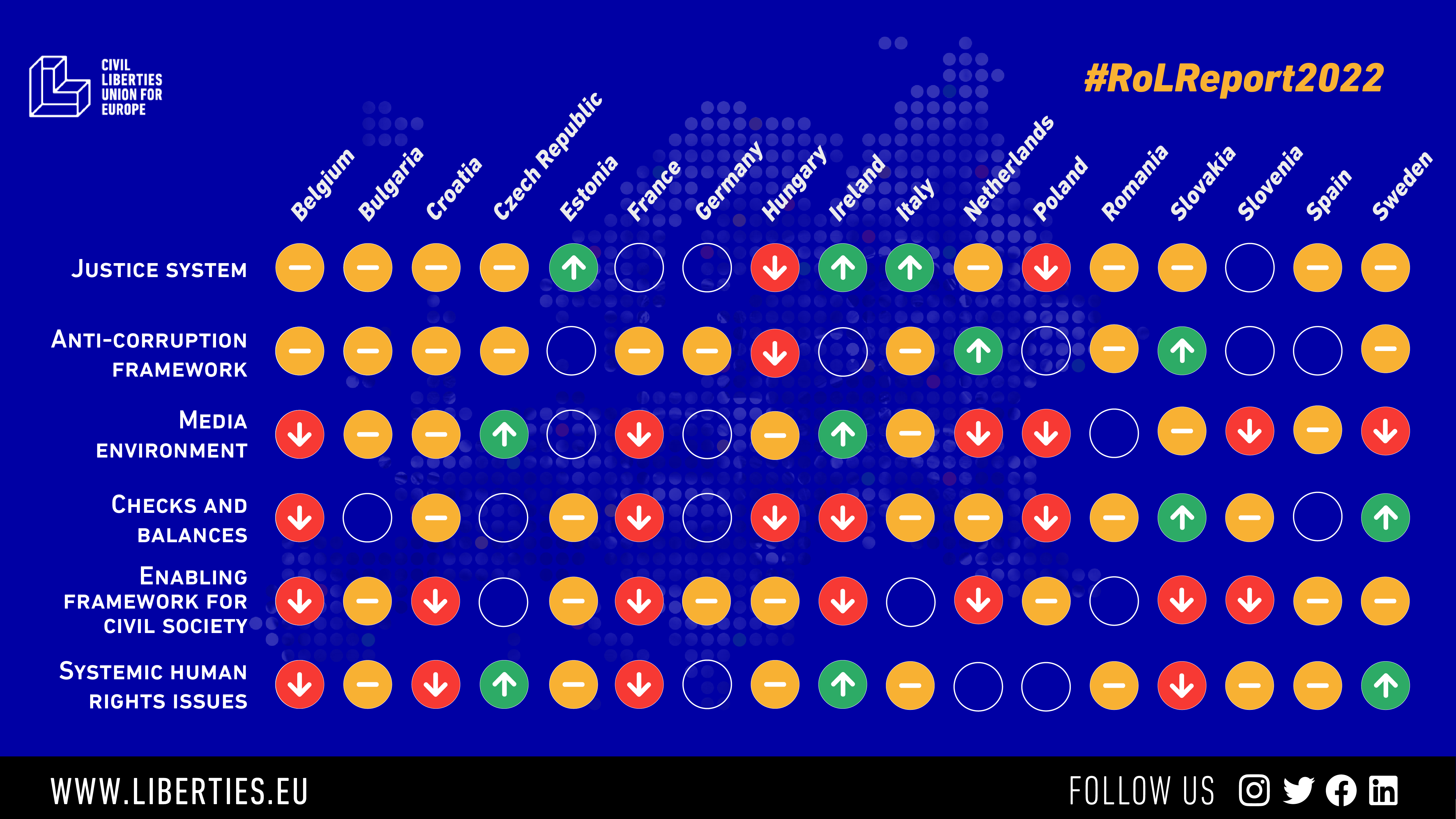 First, deepening authoritarianism. As reported last year, three countries have governments that are pursuing a calculated strategy to build an authoritarian state. During 2021, the governments of Hungary and Poland forged ahead with further steps to dismantle their democracies while Slovenia continued to follow them down the same path. Legal and political pressure from the EU has thus far had little impact on these governments, which seem happy to court conflict with Brussels. The EU’s rule of law conditionality mechanism, which the governments of Hungary and Poland hope to torpedo, could turn out to be an effective deterrent if enough other EU governments approve its use.

A second trend among EU countries is democratic neglect. Our report from last year revealed a string of problems with justice systems, the state of the media, the environment for activism, corruption and systemic human rights problems that affected EU countries across the board. For the most part, governments have allowed these problems to fester or even worsen. To give a few examples:

👉 Many governments have failed to give up the emergency powers they gave themselves to deal with COVID. Researchers in half the countries examined questioned whether their governments have used their powers legally (Belgium, Croatia, France, Ireland, Italy, the Netherlands, Poland and Sweden).

👉 Some kind of systemic problem with rights protection was reported in 14 of the 17 countries reviewed. Examples of these include ethnic profiling by law enforcement, data protection violations, regression on equality for women and LGBTIQ persons, mistreatment of Roma and travellers, or people who migrate and poor prison conditions.

Improvements are the exception

A third trend is that where improvements have been made, these tend to happen only in a minority of countries and are sometimes unambitious. For example, we recorded progress on improving the justice system in just four countries (the Czech Republic, Italy, the Netherlands, and Slovakia). Sometimes progress comes in the form of reforms that are planned or under discussion but not yet implemented or that leave other problems with the justice system untouched. Similarly, we find little real progress on tackling corruption with reforms discussed but no concrete changes in the Czech Republic, Ireland, Italy and France.

Our recommendations to the EU

In its forthcoming report, the Commission is expected to include, for the first time, recommendations for each country on how to resolve the problems it identifies. Liberties welcomes this development, which was one of our previous recommendations to the Commission. This year’s report points out other ways that the Commission could make sure its annual report has a more tangible impact.

Subscribe to get updates on the rule of law

This is Liberties’ third annual report on the state of the rule of law, democracy and fundamental rights across the EU. The report covers 17 EU countries and is the most in depth analysis of its kind produced by an NGO network. The report was prepared by Liberties together with 32 organisations from around Europe: a combination of our own members and a number of external partners. As in previous years, the publication serves two purposes: a source of information we contribute to the European Commission for its annual audit on the rule of law in the EU; a source of independent analysis for journalists, researchers and others interested in the state of democracy in the EU.

Read our press release about the 2022 Report. 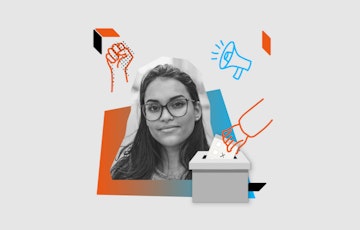