We work to protect our democracies against authoritarians. Think independent courts, media & freedom to organise through campaign groups. Here is why they should matter to you.

Independent journalists, the right to peaceful protest, and free and fair elections are just a few of the rights that help our democracies work properly. Independent courts make sure that power-hungry politicians keep their hands off these rights as well as our other liberties. If judges come under the control of the government, then they can’t protect our freedoms against government interference. In some EU countries, like Hungary and Poland, leaders want to stay in power indefinitely. They use politically-appointed judges to rubber stamp laws that silence political opponents, activists and journalists and to look the other way on election fraud and corruption. The idea that courts should be independent and make sure that everyone, including ministers and other powerful people in society, have to obey the same laws is referred to as the ‘Rule of Law’.

Freedom of association means our right as citizens to join or leave organized groups voluntarily. It also describes the right of a group to take collective action to pursue the interests of its members. Such organized activist groups are often called NGOs (non-governmental organizations) or CSOs (civil society organizations). When they work to promote and protect people's rights, they are referred to as rights defenders or civil rights groups. NGOs are crucial in democracies because they help people make effective use of their freedoms and ensure regular dialogue between citizens and their elected governments. Restrictions and attacks to the work of these actors impact on people’s ability to connect with their governments and representatives and make their voice heard.

Citizens rely on independent journalists to get informed about and make up their minds about the important issues of the day. Media freedom implies that media outlets can report on current affairs independently from government interference or influence. There are serious obstacles hindering media freedom and independence in many EU countries. This includes political influence over the media, the fact that a small number of owners with political agendas have taken over increasing numbers of private media companies, and a surge in attacks and abusive lawsuits against journalists.

Help us fight for your rights! Donate
The European Commission should use EU competition rules to prevent governments and wealthy individuals interfering with the freedom and independence of the media. It should support independent journalists with grant and come up with new EU rules to protect journalists and rights groups from abusive lawsuits (known as SLAPPs).

Populist authoritarianism is based on the idea that the ‘ordinary people’ have been betrayed by an ‘elite’ who have allowed marginalised groups to threaten their way of life. Authoritarians believe that the answer our problems is to destroy democracy and basic freedoms. Because this allows them to concentrate power in the hands of a strong leader. This leader can then restore old traditions, deal with marginalised groups and silence anyone who disagrees.

They have made themselves attractive to voters by offering simple but dangerous solutions to public worries. If our leaders properly implemented human rights standards, they would create an environment where populist authoritarians could not come to power. Good quality journalism, balanced public debate, fair paying jobs, affordable homes, education and health care. These things make people less susceptible to the fear and hate-based messages of authoritarian politicians. 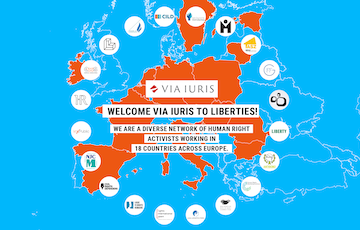 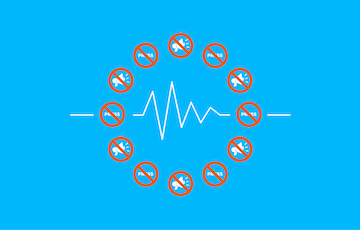