The Hungarian NGO law is designed to silence citizens' groups critical of corruption and growing authoritarianism. Here are three recommendations to the European Commission, which is responsible for making sure the government implements the judgment.

Six months ago, the Court of Justice of the European Union ruled that Hungary illegally restricted donations and smeared rights and democracy groups. The Court agreed with the arguments of the European Commission, which brought the case, that the anti-NGO law violated parts of EU law including the EU Charter of Fundamental Rights.

Since 2010, the Hungarian government has implemented a long line of measures destroying the country’s democracy. These include serious corruption, attacks on individual freedoms, take-overs of independent institutions like the media and the courts, and hate campaigns scapegoating people who migrate to Europe. Rights and democracy groups have criticised these measures and helped citizens organise themselves to express their opposition, for example, through protests.

In response, the government began attacking these NGOs, falsely claiming that by criticising the ruling party, they were interfering in politics, and that they were paid to attack national interests by foreign donors. In 2017, the government passed a law requiring NGOs that receive more than €24,000 of donations from abroad to publicly declare themselves in a state register and on their communications materials as "foreign supported". Among other requirements, NGOs are also required to share the details of any donor granting them more than €1,600 a year from outside Hungary. The law gives the government power to freeze an organisation’s assets or terminate their activities if they fail to comply.

The EU Court rules in favour of democracy for citizens

In court, the government claimed that the law was intended to make it transparent where organisations get their funding because NGOs funded from abroad threaten the political and economic interests of the country. In its judgment, the EU Court underlined that NGOs play a vital role in helping citizens participate in how their democracies are run, and that Hungary could show no evidence that NGOs behave in a way that interferes in national politics. Rather, the court found that the law was designed to stop NGOs helping citizens participate in public affairs by destroying their reputations and cutting off their financial support.

To date, the Hungarian government has taken no steps to comply with the judgment. On the contrary, the authorities are actively using the law to restrict NGOs' access to EU funding.

Liberties, with the support of the Hungarian Civil Liberties Union, the Hungarian Helsinki Committee and Amnesty International Hungary, has just published a policy brief outlining what action the European Commission should take to ensure the government implements the ruling.

How the Commission should enforce the judgment

The ruling leaves no room for the Hungarian government to comply with it by merely amending the anti-NGO law. This is because the Court makes clear that the basic premise of the law (that NGOs interfere with politics) is false. Only by scrapping the law can NGOs be free to do their jobs of helping citizens express their views to government. The Commission should make clear that the ruling requires the Hungarian government to repeal the law as a whole.

2 - Should Hungary try to merely amend the law, check this promptly and strictly

The ruling Fidesz party has already opposed a draft law submitted to the parliament by the opposition Hungarian Socialist Party (MSZP) aimed at rolling back the law. This suggests that the government may try to merely tweak the anti-NGO law. If this is the case, the Commission should assess the amendments closely and quickly. This will avoid the government stalling for time while it plays legal cat and mouse with the Commission and keeps the law in place.

3 - Set a deadline to return to the Court of Justice

The Commission has the power to return to the Court of Justice and ask it to impose a fine on the government until it complies with the judgment. The Commission should make it clear to the Hungarian government that it is ready to do so, unless the governments repeals the law within a set time limit.

We all rely on the EU to protect our rights. The EU court has fulfilled its role. Now the Commission has to make it count by making sure Fidesz implements the Court's ruling. 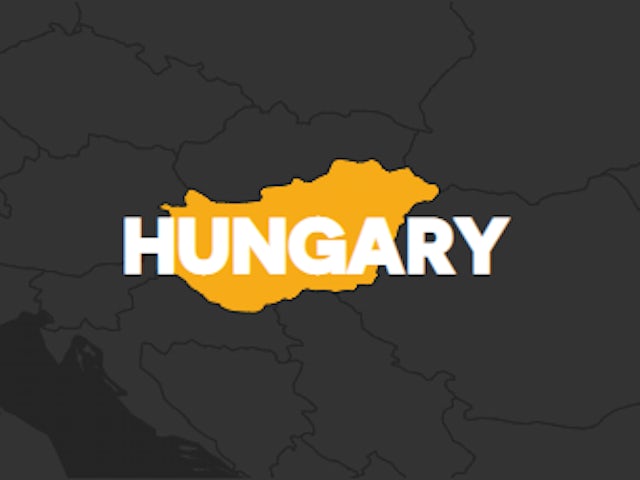 December 03, 2020 • by LibertiesEU
​The second wave of the coronavirus pandemic hit Hungary in early September 2020.