As we saw in an earlier article, in recent terrorist attacks the authorities tended to already know some or all the perpetrators involved. Either they were known by security services to be involved with violent extremism, or they were known to the police for criminal activity or to other parts of the state because of mental health problems. That suggests that the security services are wasting their time and resources when they collect and trawl through information from the general public. The security services would be better off being given more resources to follow up on specific suspects and improving the way that they share information with foreign intelligence agencies. The government should also change the way that prisons are organised so that people convicted of a crime aren’t turned to violent extremism while in prison. Mental health services could be improved to provide adequate care. And the way different parts of the government share information with each other should be improved so that security services can act on warning signs.

In addition, security services can change the way that they police. Research shows that the biggest source of intelligence for dealing with terrorism and crime in general is information from the public. Indeed, the fact that police were unable to stop attacks in France and Belgium in 2015 and 2016 was blamed partly on the fact that they had no contact with (and therefore no information from) local communities. Evidence suggests that governments should adopt a model of ‘community-based’ policing based on mutual trust and partnership between the police and locals. This leads to the community and police naturally exchanging information that can help spot problems. However, this is a policy that has to be applied to the entire population (not just minorities) and be aimed at creating genuine trust, not recruiting spies. Otherwise it will backfire and lead to further resentment and suspicion between minority groups and the authorities.

Of course, you might object that there are too many people suspected of connections to violence extremism for the security services to be able to watch them all. Increasing resources for targeted surveillance might help, but it probably wouldn’t be enough. If this is true, then governments also need to look at why and how people become vulnerable to being radicalised into violent extremism to begin with. If governments can make it less likely that people will radicalise then they will have fewer potential perpetrators to worry about. Researchers agree that radicalisation into violent extremism is a process of several stages.

First, anger over an injustice prompts an individual to question the existing social, legal, economic or political order. This could be a personal experience of discrimination (such as being turned down for a job or stopped by police because of your ethnicity) or because you see your community suffering either at home (living in deprived neighbourhoods, high levels of unemployment, criminality, low-quality housing, low achievement in education) or abroad (in particular, Western powers helping to keep repressive dictatorships in place or taking part in conflicts in the Middle East).

Second, a crisis of identity or purpose – sometimes people are torn between their national identity and ethnic or religious identity. This is more likely to happen when individuals feel like they don’t have a stake in society, for example, no job, little education and discrimination from the public and authorities.

In the third, the first two factors combine to create a ‘cognitive opening’ making the individual receptive to a new radicalising narrative. It’s at this point that the individual is looking for answers to make sense of the injustice and isolation they may be experiencing. And this is where a recruiter or mentor is able to use a ready-made, well-structured justification based on selective and twisted interpretations of holy texts, to explain the world as a conflict between Islam and Judeo-Christianity.

The fourth and final step tends to happen when the individual joins a network or group where those individuals undergo mutual radicalisation, usually under the supervision of a mentor or recruiter. It seems that this can also occur online where an individual exposes themselves to material that allows them to ‘self’ radicalise. In this stage, individuals abandon their taboo on the killing of innocents to make future acts of violence justifiable.

Although some governments say they are trying to prevent radicalisation into violent extremism, they tend only to focus on the final stages, for example by trying to stop the spread of indoctrinating materials on the internet. That is, they are trying to stop recruiters from exploiting the ‘cognitive opening’. But to spot people who are radicalising, they have to spy on entire communities, which itself creates resentment, alienation and mistrust - factors that actually contribute towards creating an environment conducive to radicalisation.

Instead, governments could address the broader problems that create marginalisation and isolation in the first place. And all this would require is for the authorities to implement their existing human rights obligations to: promote racial equality, punish discrimination and hate crime, improve access to education and (non-segregated) housing and take proper account of their human rights obligations in foreign policy. This would reduce the likelihood that individuals would be vulnerable to radicalisation to begin with.

This is not to say that radicalisation would stop – there will always be individuals who can be persuaded to pursue violence. But by implementing human rights standards, governments would probably have a huge impact on the flow of new recruits, leaving the security services with a more manageable task.

This is the last in the current #MeAndMyRights series. Now you’ve learnt why mass surveillance and ethnic profiling are not the answers to fighting terrorism. We hope that you can help explain to your friends and family why the best way to create a safe environment for the public is for governments to implement their legal obligations and put human rights standards into practice. 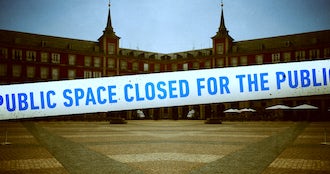 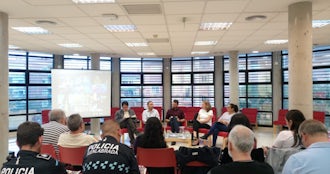