One day during the summer I came home to find that my girlfriend had left her laptop open. She thinks I’m trustworthy and isn’t very worried about her privacy. She keeps herself logged into a lot of the webpages she uses. Things like Facebook, Gmail, LinkedIn, her subscription to the New York Times, her Amazon account, her account with the local library, her Spotify account and her health insurance profile. Oscar Wilde is supposed to have said ‘I can resist anything except temptation’, and who am I to argue with such a clever guy?

So I went through her personal messages on Facebook and her emails on Gmail. She talks about me a lot with her friends. She thinks I’m a wonderful person but she wishes I would stop changing the topic every time she talks about the future. I checked through the list of articles she’d read on The New York Times: a lot of serious stuff about Trump, Muslim women in Europe, burquinis, and a lot of celebrity gossip about how some singer got back in shape using post-natal Pilates and yoga. I got a look at what books she’s requested from the library: economics, communications strategies, how to be a good manager, pregnancy and nutrition. I checked what music she’s been listening to on Spotify and was reminded just how different our tastes are - Drake, Mariah Carey, Kanye West, Fink, 2 Unlimited, the Spice Girls. I went through the history of her web browser. She spends a lot of time on the BBC News portal reading about the future of Europe, the migration crisis, terrorism. And baby names. And then I checked whether she’s been hiding any medical conditions from me. I saw she’d requested information about what pre-natal services are available on her insurance. We need to talk.

Creepy boyfriend, right? Think I’m a bit of a stalker? Mass surveillance puts all this information and more (like your location at any time) in the hands of the security services. Can you hear the 1983 hit ‘Every breath you take’ by the group The Police (oh, the irony) playing on repeat as all your data is eaten up by security services? At the click of a button, they can work out that my girlfriend is an ambitious, politically centre-left human rights activist with poor musical taste thinking about having a baby.

A lot of people don’t understand all the fuss. A friend of mine said to me: ‘Sure, I like privacy because it lets me hide things I would rather keep secret. I don’t want people I know to see intimate pictures meant for my partner, or to read my emails - sometimes I make very offensive jokes. I don’t mean them. But if they were taken out of context I could get in trouble. But it’s the government who’s doing mass surveillance. Not my friends or family. So I can get over my embarrassment, because I don’t know them. And because mass surveillance makes us safe from terrorists, it’s a price worth paying. I’m not doing anything illegal, so I don’t mind the authorities being able to watch me’.

The authorities are clever - their ‘nothing to hide, nothing to fear’ argument does two things. First, it reduces the value of privacy to something that is only useful for individuals and not for society as a whole. Second, it makes privacy seem like something bad. Like privacy's only purpose is to allow us to lie and get away with it. To hide discreditable secrets. And that's enough to put off anyone from stepping up and saying that they care about privacy. If the authorities aren’t interested in your porn collection or emails to your psychologist, then why do you care that they collect all your data? According to the government, if you want to stand up for privacy, it really sounds like you’re hiding a dirty secret.

To break the ‘nothing to hide’ argument, you have to point out that both sides of the equation are wrong. First, as we’ve seen in previous articles, mass surveillance doesn’t help to keep us safe from terrorism. It’s useless, and it actually makes us more vulnerable. So we are opening up our lives to our governments and we’re not even getting anything in return.

Second, privacy is not merely a right to keep secrets. Privacy is much bigger. And it is so important for us as a society that we cannot treat it like a personal commodity that each of us can choose to give away. Privacy gives us the freedom to get information, think and make decisions about our society and democracy – about how we want to live, who our leaders should be, what laws and morals we should live by. Without privacy, democracy cannot work properly – why do you think you go into a private little room by yourself when you vote? Over the next few articles we're going to break this down and explain in more detail how privacy forms the bedrock of democracy.

Oh, and don’t worry, sweetheart, if you’re reading this. I swear I didn’t really read your emails and stuff! 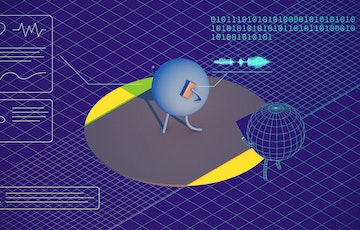 #MeAndMyRights: What Is Mass Surveillance?