The UN is sending a group of experts to Italy to monitor the environment for refugees and foreigners in general, as a new law ramps up racism and hatred in the country.

Racist and xenophobic attacks on the increase in Italy

The continuous increase of racist and xenophobic attacks in Italy reflects policies the government is pursuing against immigrants and foreigners. UN human rights experts have condemned "smear campaigns" against civil society groups rescuing migrants in the Mediterranean and the criminalisation of the work of people defending migrant rights.

The recent law on immigration and security tightens the rules on immigration. The law includes actions that remove humanitarian protection for migrants and deny asylum seekers access to accommodation centres designed to combat social exclusion. The impact these actions will have on migrants’ lives is worrying.

The Italian government has made it almost impossible for NGO ships to continue saving migrants in the Mediterranean. As landings have decreased, there has been a parallel increase in deaths and disappearances among people attempting to cross the Mediterranean.

A group of UN special rapporteurs said that the rights of migrants are at risk because of the atmosphere of hatred and discrimination that is widespread in Italy. "Removing protection measures from potentially thousands of migrants and limiting their ability to regularise their stay in Italy will increase their vulnerability to attacks and exploitation" say UN experts. Italy has been confronted with serious challenges due to the lack of solidarity from other European countries, but an inclusive policy would benefit the Italian people, not only migrants.

Michelle Bachelet, UN High Commissioner for Human Rights, said that she would send experts to Italy to assess the significant increase in violence and racism against migrants, people of African descent and Roma people. She also said Italian authorities should implement the relevant national and European legal framework and give the necessary feedback on hate crimes and the use of hate speech. 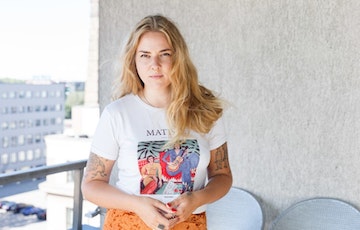