We all want somewhere to call home. If we were forced to leave, we would hope to find people who offer us shelter. But some politicians are using innocent civilians as pawns in a political game. And EU leaders allow violent attacks on them to continue.

Since war broke out in 2011, millions of Syrians have been forced to leave their homes and find shelter. Many fled to neighbouring Turkey. In 2016, the European Union (EU) struck a deal with the Turkish government. Turkey promised to keep those Syrian refugees on its territory - now numbering over 3.5 million. In return, the EU promised to pay Turkey billions of Euros.

Meanwhile, in Syria, the war has continued. Although the media coverage has decreased, the Russian-backed Syrian army continues to drop bombs on its own citizens. For several months now, the Syrian regime has intensified its attacks in the Idlib region, which borders Turkey. The attacks on civilians and Turkish-backed Syrian forces have pushed around one million Syrians to flee towards the Turkish border, with many killed along the way.

On 28th February, 33 Turkish soldiers were killed in attacks by Syrian forces in Idlib. In response, Turkey launched an aggressive offensive. Turkey wants the EU to support its fight in Idlib. Partly because Prime Minister Erdogan wants to avoid another one million Syrian refugees crossing its border.

But the EU and NATO haven't supported his fight. So, to pressure EU governments to change their minds, Erdogan has opened Turkey's borders and encouraged refugees to cross into the EU.

Since Turkey opened its borders with Europe, over 13,000 refugees have tried to find a path into Greece. In response, Greece has sent the army to its border. Greek authorities have fired tear gas and held live fire military exercises to intimidate individuals and families trying to find shelter.

Footage released by Turkish authorities shows Greek coastguards terrorising a boat full of people. The Greek government has also said it will kick out people who have managed to arrive in Greece and will stop allowing them to ask for asylum.

EU leaders have refused to stand up for innocent civilians, who are caught in the middle of diplomatic arguments. When they visited Greece a few days ago, offered their to support the Greek government. They promised Greece 700 million Euros as well as equipment and border guards.

It doesn't have to be this way

Instead of using innocent people as political bargaining chips, the EU could make sure that people running for their lives are given a compassionate welcome. We would all want to know that we can find help and be treated humanely if we have to flee to another country. This is such a basic value that it has been part of international and European law for decades.

The EU and European countries have the resources to offer people shelter and decent living conditions while their requests for asylum are decided. And there is no need to leave all this work to Greece. EU governments could agree to divide people asking for asylum across different European countries. And it could help Turkey to assist Syrian refugees living there to settle down properly and make a new life.

In the meantime, the EU and NATO could help to end the war in Syria that is causing so many people to flee. And instead of being silent on the violence used by Greek authorities, EU leaders should insist that the courts punish the politicians who gave the orders, that the authorities treat human beings humanely, and that anyone asking for asylum is given a fair hearing.

Whatever diplomatic problems our leaders have to solve, they shouldn't make innocent families and individuals pay the price. Everyone has the right to ask for asylum when they are in danger and be treated with dignity and respect while the authorities decide on their request. This right has been part of international and European law for decades, and it is the EU's job to make sure that all European governments uphold these values. 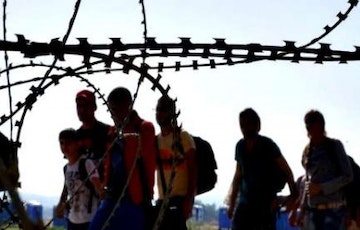 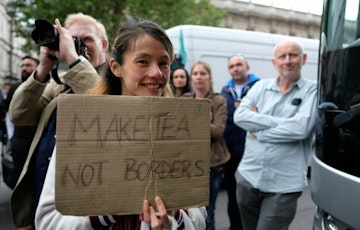 No EU Help for Italy to Handle Migrants 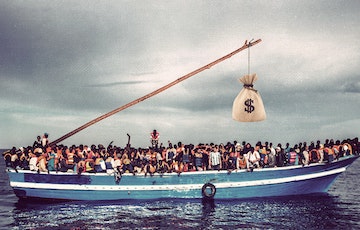 'Happy' Birthday? The EU-Turkey Refugee Deal Was Signed One Year Ago