The Impact of NGO Rescue Missions

Fewer migrant arrivals mean fewer deaths in the Mediterranean. But that good news masks a disturbing trend - the rate of deaths in proportion to arrivals has never been higher, in part because NGOs have been forced to end their rescue operations.

Why are fewer migrants coming to Europe?

The number of arrivals via the Mediterranean has dropped significantly. In 2015, more than a million people crossed the sea to find safety in the EU. Last year, they were less than 140,000. This is largely due to two factors. Firstly, the EU-Turkey deal in 2016 led to a steep drop in migrants coming via the so-called Balkans route. Secondly, the EU Emergency Trust Fund for Africa (ETFA) resulted in the interception and brutal detention of migrants by the Libyan Coast Guard – trained by European forces – and in stricter border controls in African countries, such as Niger and Sudan.

Why is the death rate so high?

The number of deaths and missing people in the Mediterranean has fallen from 5,143 in 2016 to 2,297 in 2018, but proportionally the amount has risen significantly. One reason is increasingly dangerous migration routes. Human traffickers have been forced to take more risks “because there is more surveillance exercised by the Libyan coastguards,” explains Vincent Cochetel, the UNHCR’s special envoy for the Central Mediterranean.

The other reason is the criminalization of NGOs conducting search and rescue missions. In many EU member states, right-wing parties have gained ground, surfing on and spreading anti-immigration sentiments. NGOs have faced baseless accusations, such as transporting contaminated clothes, and were subsequently forced to stop their rescue operations, resulting in more deaths in the sea.

The criminalization of human rights organization

Since Matteo Salvini took over the reins as Italy’s interior minister in June 2018, Italy has closed its ports to rescue vessels that saved tens of thousands of men, women and children from drowning in previous years. Ships idling in the Mediterranean with rescued migrants aboard have become a symbol of a divided and inactive EU. The names of the rescue ships Aquarius, Lifeline, Diciotti and, most recently, Sea-Watch 3 and Professor Albrecht Penck have become familiar.

Data from the Italian Coast Guard shows that NGOs have saved more than 90,000 people from drowning in 2016 and 2017 alone, far more than the Italian Coast Guard, the Italian Navy, Frontex or the European Union Naval Forces. However, these results have not convinced the Italian government, which detained several rescue vessels and initiated legal proceedings against individual crew members and volunteers. Accusations vary from conspiracy, wrongful registration of ships, people smuggling and even jeopardizing the lives of migrants, as the European Union Agency for Fundamental Rights reports. The German NGO Jugend Rettet, for example, saw its ship seized and ten former crew members still face charges of facilitation of irregular migration.

The latest rescue vessel blocked from setting sail is the Open Arms, from the Spanish NGO Proactiva. Spanish authorities argue that the organization violated maritime regulations on previous rescue missions by not taking the rescued migrants to the nearest port. “Preventing us from saving lives is irresponsible and cruel. Cowardly politicians have set the counter of deaths running,” Open Arms founder Oscar Camps wrote on Twitter on Monday. The Open Arms is one of the last remaining private rescue vessels operating in the Mediterranean. The majority has been forced to drop anchor. 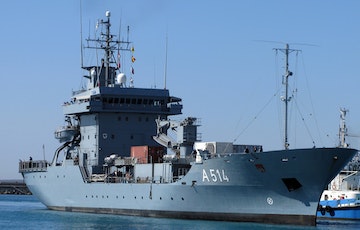 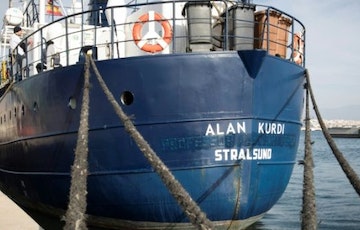 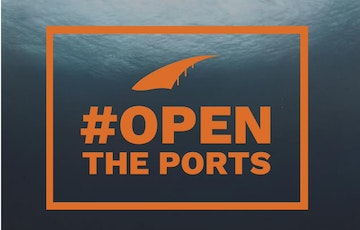