As in many other European countries, COVID-19 related measures started to ease in Poland. There are, however, still several restrictions in place.

In Spring 2021, the Polish government and institutions captured by them continued to dismantle democratic checks and balances in the country. As mentioned previously, the Polish Ombudsman, which serves as a watchdog, is the last independent institution which has not been staffed by a politically dependent person with ties to the ruling majority. While ombudsman Adam Bodnar's term officially ended in September 2020, the law provided that he should stay in office until a successor is appointed. However, on 15th April 2021, the Constitutional Tribunal announced that Adam Bodnar must be relieved of his position as Ombudsman within the next three months, after declaring the law unconstitutional. This comes after the dominant ruling party, Law and Justice (PiS) supported a candidate who was rejected by the Senate, an opposition-dominated upper chamber of the Polish parliament. To get around the Senate’s decision, the government referred the matter to the captured Constitutional Tribunal, which declared the continuity provision unconstitutional. If Bodnar's successor is not appointed by 15th July 2021, there will be no Commissioner of Human Rights in Poland. Human Rights Watch labelled these developments as “yet another example of Poland’s assault on the rule of law”. The Helsinki Foundation for Human Rights said in a statement:

The removal of Bodnar paves the way for the PiS to create yet another captured institution with the competencies of the Commissioner of Human Rights, and to install an ally who will not criticise the government’s measures.

On a more positive note, according to a recent judgment of the European Court of Human Rights (ECtHR), the Constitutional Tribunal, the very one that is instrumental in dismantling Adam Bodnar’s office, due to persons being appointed by the current governing coalition to already filled spots – does not meet the criteria of an independent court and therefore is not compliant with the right to fair trail.

ECtHR’s landmark judgment calls into question the validity of a huge number of cases on which unlawfully elected judges presided. According to Maciej Kalisz, a lawyer at the Polish Helsinki Foundation for Human Rights, it remains to be seen how the Polish government will react to the judgment as the ECtHR is highly respected in Poland, and going directly against their judgment may not be politically advantageous for PiS. Kalisz thinks that instead of simply refusing to do anything,

“politicians might try to challenge the exact provisions of the ECtHR judgment before the Constitutional Tribunal and declare Article 6 of the Convention unconstitutional.”

On a different, yet related, development, on 10th June 2021, Members of the European Parliament backed legal proceedings against the European Commission for failure to introduce financial sanctions against Poland and Hungary for undermining the rule of law. The case is to be heard by the European Court of Justice (CJEU) later this year. According to MEPs, the EU’s new rule of law mechanism, which links funding to the upholding of democratic norms, should have been triggered earlier against Poland and Hungary. Previously, Hungary and Poland threatened to veto the EU's €1.8tn budget and COVID-19 recovery plan if it was to be linked to the respect of democratic norms.

The International Planned Parenthood Federation European network (IPPEN), together with the Polish Women’s strike, launched a ‘Defend the Defenders’ campaign in June 2021 to highlight the stories of Polish Human Rights Defenders (HRDs) who have faced increasing oppression, orchestrated and encouraged by the government – including intimidation, detention and criminal charges, as previously reported on the Monitor. Marta Lempart, co-founder of the Women’s Strike, highlighted that to date 76 different cases are pending against her for her work on advocating for sexual health and reproductive rights in Poland, including her role in recent protests against the near-total abortion ban.

As indicated above, under current COVID-19-related rules public assemblies can have up to 150 participants if they have been registered 96 hours prior to the event and have been approved by municipal authorities, with participants practising social distancing. This is an easing compared to previous rules, in which public assemblies of over five people were banned altogether. Since 11th May 2021, the allowed number of participants has been gradually increasing from 25 to 50 and currently 150 participants. However, spontaneous demonstrations are still banned, which massively limits the rights of peaceful assembly and is unconstitutional, given that this ban is a government regulation under the state of the pandemic, and the right to assembly is guaranteed under the constitution.

Partly because of these restrictions, there were relatively fewer protests in Poland in the last few months. There were multiple smaller demonstrations against the Belarusan government in light of the plane diversion that led to the arrest of opposition journalist Roman Protasevich. No altercations or misconduct by the police were reported in relation to these demonstrations.

Police continue to target women’s rights activists. On 11th April 2021, well-known activist Katarzyna Augustynek was dragged to a police van for painting crosses and hearts in honour of COVID-19 victims in a square in Warsaw. Augustynek, who is widely known as Babcia Kasia (Grandma Kasia), is an iconic figure of the opposition, with a lengthy rap sheet of five charges and six indictments, as a result of her participation at anti-government protests. Recently, a court dismissed charges against her in one application.

As previously reported on the Monitor, protesters who took part in pro-abortion demonstrations, including minors, have faced intimidation from the authorities. In the most recent attempt to target protesters, charges have been brought against parents who allowed their children to participate in protests. In one case, a trial was held in the District Court in Bydgoszcz on 12th April 2021, which the police brought against the father of 16-year-old Malwina Chmara, because he did not stop his child from taking part in a Women’s Strike protest. The teenage environmental rights activist said:

“I take part in demonstrations because it is my civic duty - to fight for human rights, fight for me, for my friends, my sisters, it is now the duty of every citizen to resist injustice. I work a lot, I know it is not common, not all people support it, not all go out on the street, I know some people are against what I do. But I guess it's only a matter of time. I don't know if this will happen in my lifetime, but the issues I am fighting for are so basic - women's rights, climate, tolerance and respect for animals, equality for LGBT people.” (translated from Polish).

In another case, two 17-year-olds, who took part in pro-abortion protests, were called for interrogation by police in Białystok on 26th April 2021. A group of supporters gathered outside the station in protest. One of the girls, who has a disability, was expelled from her Catholic school for organising and participating in pro- abortion protests. The school claims that her actions violated the institution’s regulations.

On 19th June 2021, thousands gathered in Warsaw for a gay pride parade to celebrate LGBTI persons. The march came at a time when LGBTI rights are under severe threat in Poland and Hungary, including elsewhere in the region. As previously reported, the ruling PiS party and President Andrzej Duda have repeatedly publicly vilified LGBTI persons, calling them an “ideology”.

“On the one hand we are united and we stand in solidarity with each other, and we get much joy and happiness in knowing we are strong. Yet we are afraid of what could happen next.” - Ola Kaczorek, a co-president of the LGBT rights group Love Does Not Exclude.

Following concerning developments on LGBTI rights in Hungary (see latest country update), where the parliament adopted a law which bans schools from using materials seen as promoting homosexuality, Poland's education minister stated that the country may follow a similar approach to further limit LGBTI rights. In an interview with a conservative publication, Minister Przemysław Czarnek welcomed Hungary’s LGBTI ban: “This law states that school lessons touching on questions of sexuality must not promote gender reassignment or homosexuality. We should copy these regulations on Polish soil in their entirety!”

On 12th April 2021, the Warsaw District court temporarily suspended approval for the takeover of Polska Press by PKN Orlen, pending review. The case was brought by Ombudsman Adam Bodnar who filed a motion to suspend the approval of the Office of Competition and Consumer Protection. The ruling forces the parties to the contract to refrain from further action and to suspend economic transactions until the appeal is resolved. This means that, for the time being, PKN Orlen is banned from exercising its shareholder rights in Polska Press. As previously reported on the Monitor, the CEO of PKN Orlen, Daniel Obajtek is said to be an adamant supporter of the Law and Justice (PiS) party.

Related to this, on 30th April 2021, a statement issued by the International Press Institute (IPI) and Media Freedom Rapid Response (MFRR), a consortium that tracks and monitors media and press violations in EU member states and candidate countries, called on Poland’s state-controlled oil giant PKN Orlen to halt its interference in the independence of Polska Press media and to respect the court’s interim decision suspending its takeover pending a review. The organisations report that three editors in chief were fired and replaced with figures friendly to the ruling PiS party. The statement also raised concerns that the takeover of Polska Press is not a business interest but rather “a thinly disguised attempt by the ruling Law and Justice (PiS) party to gain greater control over the country’s regional press landscape ahead of local elections due in 2023.”

“Our organisations call on all parties to respect the decision of the Warsaw District Court and to allow for a thorough and independent review of the impact of the acquisition on media pluralism to take place, free from political interference. We particularly call on PKN Orlen to respect the court decision and to cease all actions that interfere with the editorial management and political independence of Polska Press media."

However, PKN Orlen has failed to heed the call. In another statement on 10th June 2021, IPI and MFRR highlighted that eight editors-in-chief in total have been dismissed or pushed out since Orlen acquired the publishing house in March, with other editors resigning due to “ownership changes”. Those pushed out have been replaced with journalists from pro-government media and branded as a “Hungary style takeover”.

As reported by MFRR, Gazeta Wyborcza, the biggest quality daily newspaper in Poland, has faced a total of 63 legal suits from different state actors, with many filed from the ruling PiS party, including its leader Jarosław Kaczyński. Related to this on, 23rd March 2021, the editors-in-chief of Gazeta Wyborcza - Adam Michnik, Wyborcza.pl - Jarosław Kurski, Agora S.A. and journalists Paweł Figurski and Jarosław Sidorowicz were sued by Daniel Obajtek, the chief executive of PKN Orlen, one of the biggest state-owned oil companies. The articles in question relate to Profbud, a real estate company that runs a football club sponsored by Orlen. The matter will be decided by the District Court in Warsaw, II Civil Department.

In another development, R4S public relations agency, co-founded by former PiS spokesperson Adam Hofman, has filed a criminal complaint against OKO.press, Gazeta Wyborcza and Reporters' Foundation's journalists. The articles related to the PR agency’s alleged creation of a disinformation campaign to change public opinion on a planned sugar tax. The agency operates in Poland and Hungary, with Hungary’s Prime Minister Viktor Orbàn appearing as a guest of honour at the venture's launch in Budapest. 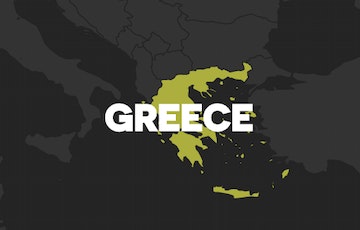