Taxpayers, Get Out! Estonia Refuses Equal Rights for Same-Sex Couples

An Estonian-American married couple, Sarah and Kristiina Raud, have been fighting to get the state of Estonia to recognize them as spouses, allowing the American to obtain a permanent residence permit.

Sarah and Kristiina got married in the United States in 2015 and decided to move to Estonia. On 16 April, the Supreme Court of Estonia announced their decision to not process Sarah’s appeal, which means that the district court’s ruling, according to which the state of Estonia does not recognize Sarah’s and Kristiina’s marriage as grounds for issuing a permanent residence permit, will remain in force.

Soon after the Supreme Court’s announcement, the Police and Border Guard Board (PPA) decided to withdraw Sarah’s residence permit. This means that a person has only some hours to leave Estonia and the entire Schengen area. During those few hours, it was a very real possibility that Sarah will have to leave behind her spouse and her job and spend a huge amount of money to return to the United States immediately.

Having worked in an Old Town café in Tallinn until now, Sarah had to take some time off work to go to the PPA, where, just before the end of business hours, it turned out that for now, Sarah can remain in Estonia because of the visa-free program between Estonia and the United States. However, this form of stay in the country does not give a person the right to work, so Sarah will have to quit her job, delivering a heavy blow to the family’s financial situation.

Since the state of Estonia has clearly stated that Sarah’s and Kristiina’s marriage is not considered valid, their next step will be signing a cohabitation agreement. At the time of their wedding, this wasn’t a possibility yet. The Supreme Court ruled last week that the cohabitation law is valid and in effect even without implementing acts, so the couple’s next step is to apply for a permanent residence permit for Sarah on the grounds of a cohabitation agreement.

The Estonian Human Rights Centre is aware of many families in Estonia where one of the parties is not an Estonian citizen and who are struggling to find a notary who would agree to conclude a cohabitation contract. This situation as it is today is not fair or dignified for these families. In essence, the lives of law-abiding and tax-paying same-sex married couples are being complicated to such an extent that it can be considered chasing them out of the country.

Fighting for love and family

According to the chancellor of justice, equal treatment in processing cohabitation agreements is required by both the Constitution of Estonia as well as the European Convention on Human Rights. In 2016, the parliament supported the chancellor’s proposal to amend the Aliens Act so as to grant residence permits to the same-sex partners of Estonian citizens. Forty-two parliamentarians were in favor of the proposal, 19 against and 3 abstained from the vote. The draft for the amendment is still stuck in the parliament’s Committee of Constitutional Affairs and the lives of cohabiting families have not improved.

Sarah and Kristiina will not give up and will continue fighting for justice, their right, their family, love and for all other couples in their situation. The Estonian Human Rights Centre will help them every step of the way, as will their lawyer, who has largely worked on the case as a volunteer.

All expenses related to the case will be covered with the help of donations.

​An Important Victory for Same-Sex Couples in Hungary 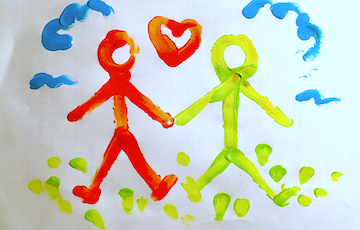 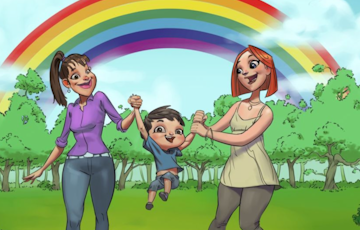