Here's How Spain's Judges Could Rescue Their Courts

Facts of the case

The decision was issued in response to a request for a preliminary reference from the Supreme Administrative Court of Portugal. The facts of the case were as follows. As part of measures designed to reduce the state's excessive budget deficit, the Portuguese government adopted legislation that temporarily reduced the salary of all public servants, including judges. The Trade Union of Portuguese Judges brought a case on behalf of the judges of the Portuguese Court of Auditors requesting the annulment of the administrative measures giving effect to the salary reductions and repayment of sums that were withheld from the salaries. The Trade Union of Portuguese Judges argued that the salary reduction violated the principle of judicial independence contained in Article 19(1) of the Treaty on European Union (TEU) and Article 47 of the Charter of Fundamental Rights (Charter).

The national court made a preliminary reference to the Court of Justice of the EU asking whether the principle of judicial independence protected by Article 19(1) TEU and Article 47 of the Charter precluded a unilateral and ongoing reduction in salary for the judiciary.

Explanation of the law

The Court of Justice reasoned that, as stated in Article 2 TEU, the EU is based on the rule of law, and, as confirmed by the duty of sincere cooperation in Article 4(3) TEU, responsibility for ensuring that EU law is properly applied rests with national courts as well as the Court of Justice. Article 19 TEU, which gives concrete expression to the term 'rule of law' in Article 2 TEU, obliges Member States to 'establish a system of legal remedies and procedures ensuring effective judicial review' in 'fields covered by EU law' (para. 34). Accordingly, 'courts or tribunals' within the meaning of EU law must 'meet the requirements of effective judicial protection' (para. 37).

The Court of Justice further found that for a court to be capable of delivering effective judicial protection, the court must be 'independent', as confirmed by Article 47 of the Charter. This requires the court or tribunal to 'exercise its judicial functions wholly autonomously, without being subject to any hierarchical constraint or subordinated to any other body and without taking orders or instructions from any source whatsoever' so that the court or tribunal is 'protected against external interventions or pressure liable to impair the independent judgment of its members and to influence their decisions' (para. 44). The Court of Justice found that just as 'protection against removal from office' is essential to guarantee their independence, payment to judges of 'a level of remuneration commensurate with the importance of the functions they carry out' also 'constitutes a guarantee essential to judicial independence' (para. 45).

In applying this reasoning to the case under consideration, the Court of Justice found that the fact that the salary reduction was part of broader measures to reduce public spending, that it was a general measure that applied to all members of the public administration and not only to the Court of Auditors, and that this measure was temporary in nature with a timetable for phase out, meant that it could not be considered to impair the independence of the court's members.

The interpretation given by the Court of Justice to Article 19 TEU is significant for two reasons. First, it means that Article 19 TEU is an enforceable standalone obligation on all Member States to guarantee the existence of a judicial system capable of ensuring effective judicial review. Strictly speaking, Article 19 only applies to courts or tribunals when dealing with questions that fall within 'fields covered by EU law'. However, the Court of Justice found that the material scope of Article 19 is broader than Article 51 of the Charter of Fundamental Rights, which limits the applicability of the Charter to situations where Member States are implementing EU law. If one considers that EU law questions could potentially arise before any national court, regardless of its jurisdiction, Article 19 in effect imposes a general obligation on Member States to maintain a properly functioning judiciary. The second point to note is that once Article 19 TEU applies, the Court of Justice is then free to use the Charter, in particular Article 47, as a tool to interpret Article 19 TEU, which it did in the present case.

Application to the situation of the judiciary in Spain

It may be possible to argue that reforms that have taken place in recent years in Spain have resulted in a violation of Article 19 TEU. These arguments are outlined briefly below together with some supporting evidence. It should be noted that to support a legal claim, more robust evidence is likely to be needed.

First, an argument could be made that Spain no longer satisfies the requirement to guarantee effective judicial review because of the excessive length of court proceedings. Article 47 of the Charter of Fundamental Rights includes a provision that cases should be heard 'within a reasonable time'. In an interview given to Rights International Spain, a member of the judiciary noted that in 2013 the government cut 1,200 substitute judge positions, representing 20 percent of judges. The same judge also noted that cuts to the judiciary have been deeper than cuts to the public administration in general that have been made in the context of austerity measures. Furthermore, the budget for the judiciary decreased by 4.21 percent in 2013 and 2.13 percent in 2014. There is evidence to suggest that there are excessive delays in the resolution of cases in Spain and that these delays are due to budget cuts. For example, Spain ranked 22nd in the EU according to the EU's Justice Scoreboard when measuring the time needed to resolve litigious cases in civil and commercial cases in 2016 over first, second and third instance courts. Spain's Ombudsman has also noted that unacceptable delays in judicial proceedings are endemic in Spain due to a lack of resources. A further example of excessively slow legal proceedings caused by a lack of resources can be found in the operation of the courts established to deal with the 'floor clause' complaints - which itself is intended to implement an existing Court of Justice ruling.

There have been a number of cases before the Court of Justice concerning the interpretation of 'reasonable time' in Article 47 of the Charter, usually in relation to complaints that the EU's General Court has failed to deliver timely decisions in disputes before it. The Court of Justice has stated that regard must be had to the circumstances of the case, the complexity of the dispute and the conduct of the parties. The Court of Justice has found that proceedings lasting around three years have not constituted a manifestly unreasonable delay (Case C-604/13 P, para. 100), while proceedings lasting four years and seven months have constituted a manifestly unreasonable delay (Case C-580/12 P, para. 20). In a number of cases where the Court of Justice found there to be a manifestly unreasonable delay, it seemed to place particular importance on delays of several years elapsing between the end of the written procedure and the opening of the oral procedure that could not be justified by circumstances specific to the case giving rise to the dispute (e.g. Case C-238/12 P, paras. 119-120; Case C‑243/12 P, paras. 138-139, Case C‑616/13 P, para. 84; Case C‑603/13 P, para. 58).

There is also some evidence to support a second argument concerning the effectiveness of the courts. It could be argued that the failure of the CGPJ to set a limit on the workload of judges and court staff is disrupting the judicial process. According to a report of the Inspection Service of the Judiciary Council covering 2014, more than 40 percent of tribunals in Spain were functioning at 150 percent of their maximum recommended workload and almost 75 percent were functioning at over 100 percent of the maximum recommended workload. There is some evidence that failure to limit workloads has led to cases being slowed or interrupted due to illness and even death. It could also be argued that the effectiveness of the court is being damaged by a lack of adequate resources, which is resulting in a practice of transferring judges between different jurisdictions to relieve their colleagues. For example, in March this year the UN Committee on the Rights of the Child criticised Spain for allowing judges specialised in juvenile justice to be transferred to the ordinary courts which prevents these specialised judges being available for their original purpose.

It may also be possible to formulate an argument that Spain's courts violate Article 19 due to a lack of judicial independence. Appointments to the CGPJ are politically determined, which has become problematic because the PP recently enjoyed an absolute majority in both parliamentary chambers. This allowed the PP to nominate half of the members of the CGPJ without needing the agreement of other parties. The CGPJ is responsible for making senior judicial appointments and the decision-making process for appointing senior judges is not transparent and does not take place according to objective selection criteria. The Council of Europe's anti-corruption body GRECO has criticised this absence of objective selection criteria as a threat to judicial independence. The current CGPJ has so far appointed: almost a quarter of the Third Chamber of the Supreme Court (Administrative-Contentious jurisdiction) and over 40 percent of the Second Chamber of the Supreme Court (Criminal jurisdiction). Two of these appointments in 2018 were particularly controversial as the appointees held political positions in the PP. The appointment of the president of the Third Chamber of the Supreme Court in 2015 was also considered controversial because the CGPJ chose to appoint a candidate with ties to the PP, who had fewer qualifications and less experience than the former court president, whose tenure it decided not to renew. The CGPJ has also made senior appointments to several other national and regional courts that have been characterised as attempts to influence the outcome of corruption trials against PP politicians.

These issues could be raised in the context of a case brought at national level by an association representing judges, as was the situation in the case of Associação Sindical dos Juízes Portugueses. During national proceedings a request could be made for a preliminary reference to the Court of Justice asking whether Article 19 TEU and Article 47 of the Charter preclude the existence of unreasonable delays in judicial proceedings caused by lack of resources, the absence of a limit on the workload of judges and court staff, and the lack of objective selection criteria for senior judges.

*The author wishes to thank Lydia Vicente, Director of Rights International Spain, for her assistance and contributions to this article. All mistakes remain my own. 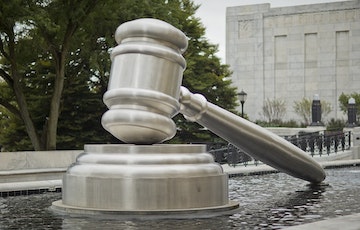 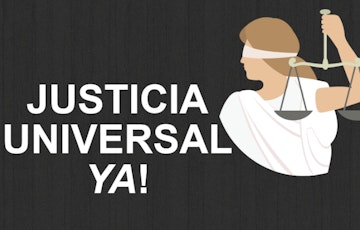 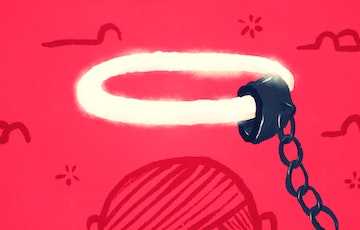 Innocent Until Proven Guilty? New Study Looks at the Presumption of Innocence