One of the first episodes of "Colors", a new show on Lithuanian national television, decided to focus on two gay dads raising a small child, prompting public outrage and complaints to the Lithuanian Radio and Television Commission.

Lithuanian Radio and Television (LRT), the national broadcaster, has begun showing “Colors” (“Spalvos”), a new show aimed at portraying different peoples’ lives and reducing growing stigma. After discussing same-sex marriage and adoption, which are still very controversial in Lithuania, the show’s creators received threats, insults and accusations that they and LRT had broken the law.

In early November, an anti-LGBTQ+ group held a protest in front of the LRT building. Its members claimed that the episode focusing on two homosexual dads was illegal under the Law on the Protection of Minors Against the Detrimental Effects of Public Information, and as such its contents could not be shown to underage individuals. The group’s outrage prompted the national broadcaster’s Commission to begin deliberating on the show’s fate.

In response to the LRT Commission’s deliberations on whether “Colors. Gay Dads” contained information harmful to minors, the Human Rights Monitoring Institute submitted its opinion, focusing on these aspects:

First, the provision restricting information "which expresses contempt for family values, encourages the concept of entry into a marriage and creation of a family other than stipulated in the Constitution of the Republic of Lithuania and the Civil Code of the Republic of Lithuania" is extremely abstract and unclear, and thus by itself allows arbitrary restriction of the constitutional right to freedom of expression. The United Nations Committee on Human Rights also shares this view.

Secondly, the Lithuanian Constitution protects not only families that come about from marriages registered in Lithuania, but also, for example, same-sex families that were married abroad. In addition, since the Constitution prohibits discrimination, the Law on the Protection of Minors against the Detrimental Effects of Public Information should not be used to uphold discriminatory social views on same-sex couples.

Thirdly, considering that same-sex couples currently cannot be recognised as a “family” under Lithuanian law, the episode (which shows same-sex couples that have achieved legal recognition as a family) contributes to the discussion about equal rights for same-sex individuals, which is an important issue for society. The fact that the couples were raising children born to surrogate mothers was only one part of the episode. In fact, this was presented alongside topics such as same-sex marriage, attitudes of loved ones, and stereotypes about the inability of men to properly take care of children.

The Institute was of the view that “Colors. Gay Dads” was a valuable contribution to the public debate on the right to respect for family life, and thus contributed to the public broadcaster’s mission, namely, to protect the public’s right to be informed, which is enshrined in and protected by the Constitution. Restricting the dissemination of this information would not be supported by the Constitution and would violate Lithuania’s international obligations to protect the freedom of expression.

In total, the Lithuanian Radio and Television Commission received complaints from 15 individuals asking to assess whether the show violated the Law on the Protection of Minors against the Detrimental Effects of Public Information (which prohibits the promotion of unconventional sexual relations). The Human Rights Monitoring Institute is happy that the verdict was almost unanimous: the episode "Colors. Gay Dads" did not violate the law. 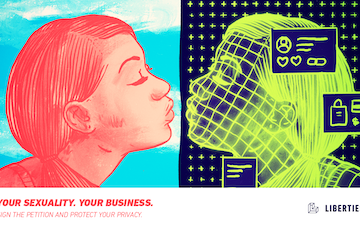 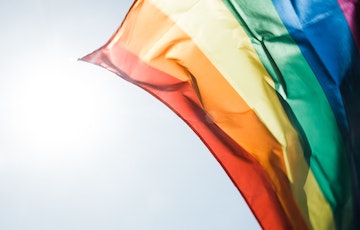 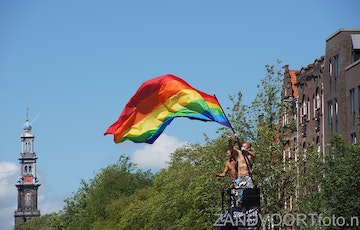