Lack of access to clean water, massive segregation in housing and schooling, employment discrimination, and over 80 percent at risk of poverty — these are just a few of the key findings in a new report on the situation of Roma in Europe.

“Our manifest inability in Europe to honor the human rights of our Roma communities is unacceptable. The levels of deprivation, marginalization, and discrimination of Europe’s largest minority is a grave failure of law and policy in the EU and its member states,” Michael O’Flaherty, director of the Fundamental Rights Agency, said during the presentation of the report in Brussels on Tuesday.

The poll, based on 8,000 interviews with self-identified European Roma, shows no major improvement in living, employment and social conditions except for a small number of areas in just a few countries.

The most telling figure is that while on average in the EU 17 percent of the general population lives at risk of poverty, among Roma this number is astonishingly high: 80 percent. In some countries, like Croatia, Spain and Greece, this number is close to 100 percent.

In today’s Europe, 30 percent of Roma households have no tap water, 46 percent do not have an indoor toilet, shower or bathroom.

Hunger is an issue, too: one third of Roma children have family members who went to bed hungry at least once during the last month. 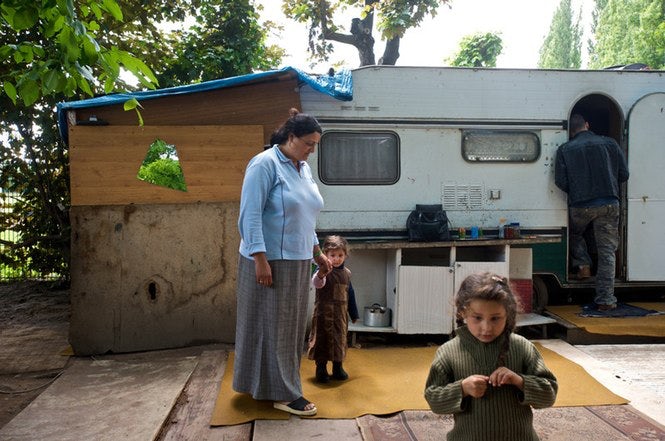 When it comes to the labor market, only 30 percent of Roma have access to paid work, compared to the EU average of 70 percent.

Furthermore, over 40 percent of those questioned said they have been discriminated against in the last five years, often in everyday situations at work or while shopping. What is even more worrisome is that over 80 percent of those who took part in the survey said they are unaware of organizations offering support to victims of discrimination.

FRA director O’Flaherty, addressing the question of Liberties on how much the situation has changed since the previous similar report in 2011 (the current one was carried out with an improved methodology, therefore not fully comparable), said that very little has changed except for a handful of countries' efforts in a few areas. For example, Slovakia improved in access to education, the Czech Republic in housing, and there was a small overall improvement in access to electricity and the availability of living space got better. However, the was majority of Roma live under severe poverty and exclusion and face massive discrimination.

O’Flaherty told journalists that the vast majority of the issues Roma have to face are human rights related, and FRA's main hope with the survey is to galvanize policy-makers into action.

How Targeted Political Advertisement Must Be Regulated In The EU: Policy Brief