Not All Fun and Games: Children's Rights Under Threat in Italy

Numerous laws remain unimplemented, such as better protection of unaccompanied foreign minors, and bullying and school dropouts are far too common.

On the 25th anniversary of the ratification of the UN Convention on the Rights of the Child in Italy, the 91 associations that make up the Group CRC published their 9th monitoring report on the implementation of the Convention.

What is the Italian CRC group?

The Gruppo CRC is a network consists of 91 organizations working for the promotion and protection of children’s rights in Italy. The Italian NGO Group was established in 2000 with the main aim to draft a report on the implementation of the Convention to be submitted to the UN Committee on the Rights of the Child at the High Commissioner for Human Rights.

Currently, it guarantees an independent, permanent and up-to-date monitoring system on the implementation of the Convention. The main objectives are to promote the full implementation, campaign for changes in policies and implement relevant advocacy actions.

There are 2,293,778 teenagers between the age of 14 and 17 years living in Italy, out of them 186,450 are foreigners. Over 50 precent of them had suffered bullying and/or cyberbullying. Seven thousand of them live with great uncertainties about their future after the age of 18.

It is certain that Italy is among the European countries with the highest school drop-out rate: 15 percent of boys between 18 and 24 do not progress beyond middle school.

For 2015-2016, there were many critical findings in several areas. The identified problems include institutional weaknesses and issues with government policies on child support and adolescents.

Numerous laws are still not implemented, such as the promised reform of the system of protection and reception of unaccompanied foreign minors or the acquisition of citizenship for minors of foreign origin.

The Gruppo CRC also criticized Italy for lacking an assured, complete and comparable data system in reference to the complex situation of minors outside their family of origin. 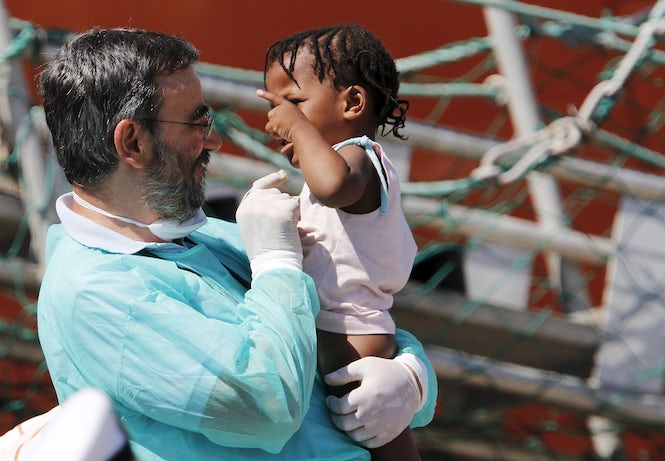 The country is also lacking a certain data system on adoptable children and couples who are willing to adopt. In the health sector, there are still great disparities both in accessing services and prevention at the regional level.

The most important innovation is the approval by the National Observatory on Childhood and Adolescence (Osservatorio Nazionale Infanzia) of the IV National Action Plan for the protection of the rights and development of children and adolescents.

It aims to establish the priorities of programs concerning minors and to strengthen cooperation for the welfare of children around the world. However, the action plan has not been published yet and approved definitely.

Other notable achievements included the passage of the 2016 Stability Law of Italy, the establishment of a fund to help fight against poverty and social exclusion was introduced, and a fund specifically dedicated to combating educational child poverty.

The report issued 143 recommendations for governmental bodies, local authorities and national politicians with the hope that each institution within its own field of action will endeavor to resolve the identified problems and improve policies for children and adolescents in Italy.

The report also stressed the need for qualified educational investments, trainings and plans to ensure the support of families and the strengthening of parenting skills.