On the eve of Belgium's federal elections, the League of Human Rights and Vie Feminine are calling for the repeal of the 2012 reforms made to the unemployment law.

The reform made to unemployment benefits in Belgium, which entered into force on November 1, 2012, introduced a reduction of the unemployment benefits based on a number of factors, including previous work history and the duration of one’s unemployment. The huge and rapid reduction in the amount of allowances, making the situation of jobseekers precarious, is particularly hard on unemployed mothers with a family (single-parent families) and those whose allocation can now fall far enough to place them below the poverty threshold, as well as cohabitants whose allocation, which is already very low, will decrease further. In addition, some part-time workers with a guaranteed income allowance now risk losing this supplement.

This reform should be repealed: degressive unemployment benefits are contrary to the International Covenant on Economic, Social and Cultural Rights (Articles 9 and 11), as well as commitments made by Belgium at the Convention on the Elimination of All Forms of Discrimination against Women (specifically Article 11), which recognizes the right of everyone to social security, including social insurance, and to the continuous improvement of living conditions, provisions which have a standstill effect (which this reform clearly violates). Moreover, those with social security would become more insecure and would have to survive with limited allowances, to the detriment of the autonomy of many women.

Moreover, cohabitants have not been spared in this 2012 reform. Notwithstanding the payment of contributions identical to those of other categories, cohabitants, with the majority being women, continue to see their benefits decrease because of the cohabitation rules, causing them to receive substantially lower amounts and face the early suspension of these benefits. This is an indirect discrimination of women (as recognized by the EC and Court of Justice [Case C-229/89]).

It is time to finally abolish the status of cohabiting and end degressive unemployment benefits! The League of Human Rights and Vie Féminine are sounding the alarm: they call on the Belgian government to comply with its international obligations by repealing the reform of degressive unemployment benefits and eliminating the discrimination within the current social security rights. 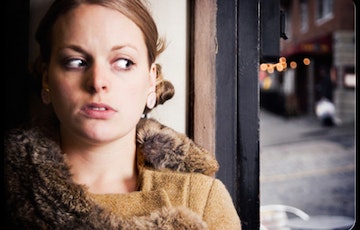 Violence and Discrimination Against Women Persist in the EU 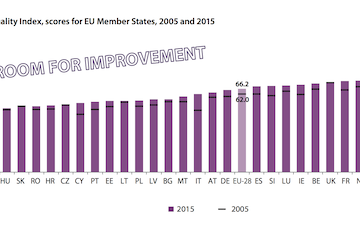 These Are the Best and Worst EU Countries for Gender Equality 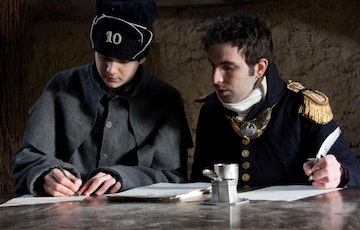 Discrimination, Translation and Other Belgian Stories