In a move that sends a clear and important message to Orban’s regime, the U.S. secretary of state requested a meeting with Hungarian human rights defenders.

Erosion to rule of law emphasised

The Hungarian representatives emphasised the importance of the separation of powers, of a free judiciary, and of how the government’s regulations undermine the rule of law. Márta Pardavi pointed out that laws passed in recent years have weakened Hungarian democracy. She also spoke about government smear campaigns against civil society organisations and about the fact that the space for expressing opinions that differ from those of the government is quickly shrinking. She highlighted that those who speak up for the rule of law and for human rights in Hungary are stigmatised and intimidated.

Concentration of government media the subject of discussion

They also discussed the importance of an independent and diverse media. Kapronczay spoke about restrictions on the freedom of the press through continuous centralisation. This is illustrated by the creation of the new Hungarian Media conglomerate, the Central European Press and Media Foundation, which puts almost all government leaning media outlets under one umbrella and seriously weakens independent press. “The importance of this is twofold,” Kapronczay highlighted. "On the one hand, the propaganda media often initiates smear campaigns against those whose opinions differ from the government’s. On the other hand, the new media holding may be a very effective tool for misinformation."

Finally, the discussion covered corruption in Hungary. Although there has been some success in reducing everyday corruption, political corruption infiltrates the whole economy and it is also considered a major problem by Hungarian society. Not only does this erode democratic values, it can also create threats to national security.

The fact that the U.S. was willing to meet these organisation's representatives and is open to hearing their opinions shows that the American leadership is committed to protecting the rule of law and the role of civil society organisations in other countries. 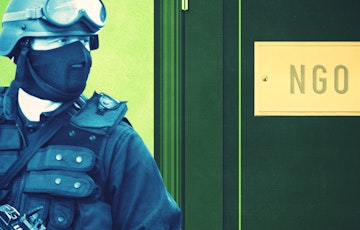 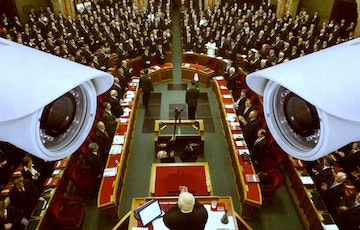 HCLU Calls for Investigation into Crackdown on Hungarian Civil Society 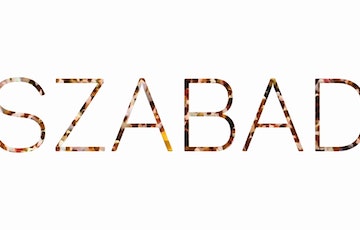