The Moria Registration Camp, a former military base, has a 400-person capacity, but up to 2,000 refugees have been arriving there each day.

What is going on in Lesbos? Is the "hotspot approach" really a solution? To seek answers to these questions, Open Migration travelled to Greece to visit the Moria Registration Camp.

More than just a website, Open Migration is a platform that gives data, information and different points of view on migrations. The goal is to provide numbers, infographics, and ideas, while keeping prejudices and stereotypes far from the stories we tell.

And, starting from the idea that migration is an itinerary, a travel through different questions, reasons and rights, we decided to travel ourselves: we went to Lesbos, a Greek island that, in the past few months, has been facing an increasing flow of people fleeing from war, violence and persecutions in their countries of origin. Migrants, people who are in need of international protection and who dream of a new life in Europe. 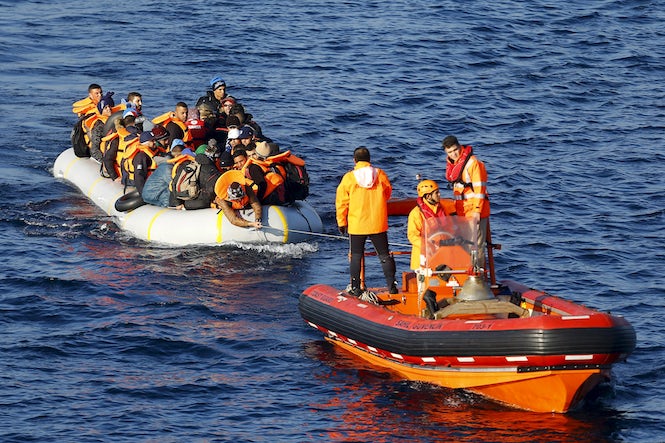 In Lesbos, we saw people struggling to arrive to European coasts, taking their chances on a dangerous crossing aboard unseaworthy boats. Once they arrive to Greece - those who are safe and sound - will start a new, different travel, beginning with a stopover in hotspots, EU-run reception centers in frontline member states like Italy and Greece, aimed at identifying and fingerprinting migrants and refugees.

But how do such places work? How are their rights to be informed and to receive legal assistance respected? We managed to enter one of the most important hotspots in Europe, the Moria Registration Camp in Lesbos.

Just 5 kilometres to Mytilene, the most important city of the island, supervised by Greek police and Frontex agents, Moria is anything but a welcoming place.

A former military base, split into two different parts (Arabic and non-Arabic speaking), Moria has a 400-person capacity, but, in the past months, it has received up to 2,000 refugees a day.

Arriving from the beaches, where they have been helped, fed and warmed, the migrants in Moria form long lines in order to be registered. It’s the first thing they have to do, and it’s appalling to know that some of the queues can last 24 hours, without a break. 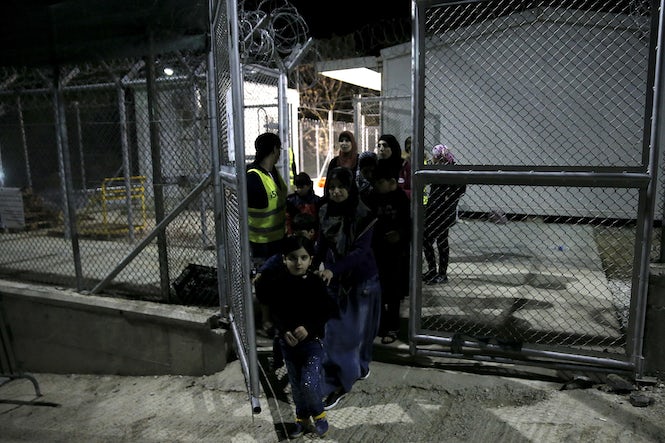 The sanitation is absolutely insufficient, most of the people stay outside, sitting on the ground, and there are makeshift tents for families. If you lose your place in the queue, you must go back to the end, so they barely move. Registration is often halted as camp authorities struggle to cope as well.

Some men who were at the head of the queue when I visited Moria had been there for 11 hours. They are exhausted, but they wait, because anything is better than being outside, in danger, in the mountains or in the sea.

They know that, if they have papers and they are registered, they will be given the permit to transit through to Athens. From there, they will try to reach the Macedonian border, and then they will travel to other European countries.

On the beaches, in the rubber boats, you can see their hope. In the camp, you observe just tiredness, despair, and a sense of uncertainty.

UNHCR, Save the Children, Doctors without Borders and other organizations try to cope with this amount of people and their needs. But it’s not easy at all to help so many people in a place like Moria.

Last September, EU member states said that hotspots were a good solution for migrants and European countries. Designated hotspots would be key to the task of relocating refugees from war zones and to filtering out those people who have crossed the Mediterranean in search of better economic circumstances. The "hotspot approach" would also facilitate the return of "irregular migrants."

But we are not sure that this can really be a solution, considering the complete lack of support people get there, other than food and papers.

Here is a video (recorded with a hidden camera by Federica Mameli) of the Moria Camp, as it is now, in February 2016.

If you watch the video, you wouldn’t call the current situation a "welcome to Europe." 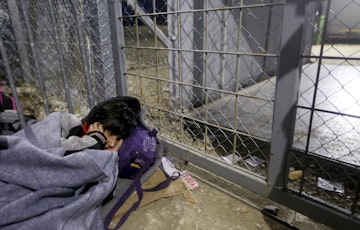 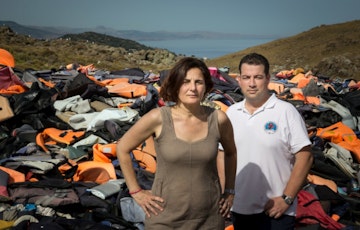 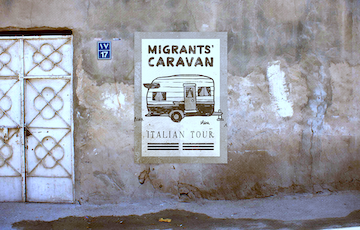