Spain: Parliament to Debate Decriminalising Offences Against Religion and the Crown

Reforms to outmoded and restrictive laws are underway in Spain after Unidos Podemos calls for change.

The beginnings of reform to the Criminal Code, protecting freedom of expression and decriminalising offences against religion, insults to the crown, and the glorification of terrorism are underway. This reform has been initiated by the left-wing political party Unidos Podemos in response to increased numbers of convictions for offending religious feelings or making jokes about the monarchy or religion itself. The Congress of Deputies has given this reform initiative the green light.

Proposal a response to erosion of freedom of expression

With 180 votes in favour and 166 against, the Spanish parliament approved the necessary procedures for modifying the wording of a number of articles and will adapt them to the jurisprudential doctrine of the European Court of Human Rights.

This proposal was borne from the growing perception of involution in Spanish society and the restriction of freedom of expression. Examples of this include the condemnation of public figures and ordinary citizens such as Valtonyc, Pablo Hasel, Willy Toledo, César Strawberry, and the unbelievable case of a young man sentenced to pay a fine of 480 euros for sharing a humorous photomontage on Instagram, in which he replaced the face of religious figures with his own. The initial fine was actually much higher – 2160 euros – and if he hadn’t been able to pay he would have had to have spent 180 days in prison.

A witch hunt in Spain?

Unidos Podemos has argued reforms are needed to secure freedom of expression for citizens. They refer to the "social conventionalism that has spread throughout the country" to define the atmosphere of persecution and a “witch-hunt”, which has been created around every public manifestation.

Parliamentary debate the next step

Although this is the first step, there is still a long road ahead. Once the reform process has begun, the proposed article must be submitted for parliamentary debate. The socialist party, PSOE, who supports the proposal, unlike the right wing parties PP and Ciudadanos, has already warned that it will introduce amendments, since Unidos Podemos intends to decriminalise a number of acts: religious offences, offences or affronts towards Spain, defamation and insults to the crown or state institutions and the glorification of terrorism and humiliation of its victims. It also wants to change the classification of hate crimes.

Rights International Spain, along with other civil society organisations and experts, had the opportunity to meet with Unidos Podemos and submit suggestions and contributions to the text before it was registered in Congress. 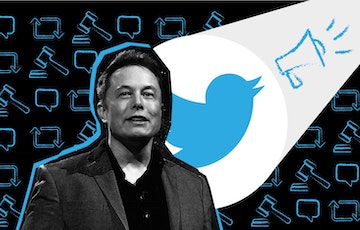