Accused by public figures and media outlets of colluding with human traffickers, NGOs operating in the Mediterranean are now forced to justify what they do.

Several Italian and international NGOs working to assist and rescue migrants in the Mediterranean Sea are facing two serious accusations, that of collusion with human traffickers, and that of acting as a "pull factor" for the same traffickers because of their working too close to Libya. Funding sources for these NGOs are also being questioned, as well as their purpose.

Prequels of the current debate include an article by Gefira Foundation that claimed collusion among NGOs, traffickers and the Italian mafia, and a piece by the Financial Times based on a confidential report by Frontex, the European Border and Coast Guard Agency.

Regardless of the fact that the many organizations working in the Mediterranean are responsible for saving thousands of lives - filling the void left by the inaction of national governments - Italian politicians and institutions were among the first to bring these poorly grounded and dangerous accusations against the groups.

Two arguments are being pushed to support the accusations against the NGOs: the first is the report by Frontex on monitoring the migration in the Mediterranean. The report expressed concerns about the NGOs becoming a pull factor and going too close to the Libyan coast, thus facilitating human trafficking (still, Frontex made clear that it is not its intention to make an accusation of collusion).

The second one is a fact-finding investigation (thus without offenses or accused persons) on the work of such NGOs and the risk of being part of a bigger network of human smuggling, opened by Carmelo Zuccaro, the public prosecutor in Catania, Italy. He played a big part in supporting the accusations against the NGOs, claiming to have evidence that at least few of them are working directly with the traffickers, evidence that he has not made available to the new, wider investigation now in progress.

Politicians of different Italian parties have built their accusations on these two elements, claiming to undertake a crusade for the truth, in order to discover who is behind the NGOs and what their real purposes are. Far from acting out of political interests and in search of support by those people who don't tolerate what they see as an "invasion" (the next elections are in sight), these politicians claim to be moved by concerns for the interest of Italian citizens and migrants themselves, for the sake of transparency.

Among this chaos of accusations and half-truths, NGOs are forced to defend themselves against claims that they are disrespecting their humanitarian commitment.

Spokespersons from the main NGOs involved in search-and-rescue activities in the Mediterranean have clarified their role and mission: as highlighted by the general director of Médecins Sans Frontières, NGOs are necessary because the effort made by the Italian government and coast guard, by Frontex and by NATO boats is just not enough to face the huge numbers of people trying to reach Europe each day.

NGOs try to cover a European failure as humanitarian organizations, thus trying to save as many migrants as they can. The number of people leaving Libyan coasts would not decrease if NGOs stopped their work, but the death toll would absolutely increase.

A spokesperson for the Migrant Offshore Aid Station has stated that their operators only go on a rescue mission after its coordinated with the Italian Maritime Rescue Co-ordination Centre in Rome.

Others, such as Associazione Diritti e Frontiere, warn about an attempt by some European authorities to discredit NGOs in order for NATO and Eunavfor MED missions to maintain operational control over all actions in the Mediterranean. The aim here, far from being a humanitarian one, is to militarize the Mediterranean itself.

Insinuating that NGOs have contacts with traffickers is offensive and, quite simply, false, as their actions can be easily tracked and verified.

Where is their guilt?

Transparency really matters to the NGOs, and their funding and work is clearly stated on their official channels: attacking them through the media without questioning them in a serious investigation (which started only recently), is willingly damaging and discrediting them, as they depend on private donations that, as can easily be imagined, collapse under the weight of such accusations.

Interesting remarks on this matter and on the broader climate of intolerance and criminalization of solidarity were made by Luigi Manconi, Italian senator and president of the Human Rights Committee, during a recent press conference, when he commented that the ideas of aid and solidarity themselves are being questioned, but what is the NGOs' offense? Where is their guilt?

From a penal standpoint, there is no actual penalty against the work of NGOs; from a human perspective, accusations like the ones being made against them are simply inconceivable.
Italy , Mediterranean , Libya , Médecins sans frontières , Frontex , NATO , NGOs 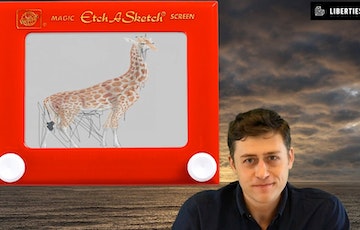 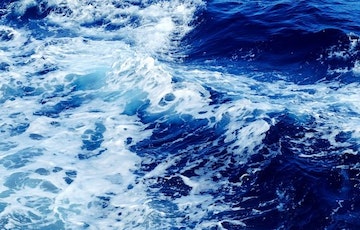 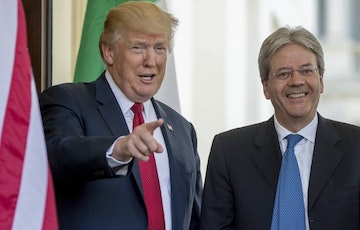 Trump & Gentiloni's Face to Face: What Conclusions Can We Draw?

Italian Coalition for Civil Liberties and Rights
May 10, 2017