The UN Human Rights Council recently approved the Universal Periodic Review report of Spain. The country has accepted many of its recommendations, taking on new commitments to human rights.

The UN Human Rights Council approved on June 25 the Universal Periodic Review report that took place last January, in which participating countries made concrete recommendations to Spain regarding its international obligations in human rights.

Recommendations were made toward combating ethnic discrimination and torture, respect for freedom of expression, assembly and access to information, and accurate investigations and reparation for grave human rights violations committed in the past, among other issues.

In response to the report, Spain completely or partially accepted many of the recommendations made by the participating countries, recognizing in this way many of the existing gaps in human rights defense and committing to adopting specific measures.

At the same time, Spain also rejected other significant recommendations. However, the representative of the Spanish delegation did not duly justify this rejection in her limited intervention before the Human Rights Council.

In particular, Spain has agreed to commit to the creation of an inter-ministerial committee that responds to the comments and recommendations of international organisms. The representative of the Spanish delegation called the creation of this mechanism a "milestone" in the defense of human rights and announced that it will be put into place in the following months.

Spain has also committed to implementing a second edition of the Human Rights Plan (which, it should be said, has been awaiting approval since the beginning of the legislature), and to take steps towards combating racial, ethnic, and religious discrimination, including ethnic profiling by law enforcement authorities.

However, Spain rejected the recommendation to approve a Law of Equality that would incorporate international standards to combat discrimination in all of its forms. In the words of the representative of the delegation, "the legislation that exists in Spain is enough," ignoring the many criticisms our country has received in this area, as we continue to lack an independent organization that can investigate and, if need be, prosecute cases of discrimination, as well as guarantee due process for victims of discrimination.

Spain has accepted several important recommendations regarding the prevention and investigation of acts of torture and abuse. However, it has merely agreed to "review" incommunicado detentions to make sure that every person has access to a lawyer of their choice.

It has not agreed to abolish this regime, at the request of several countries and in accordance with recommendations by international organisms in the field. It also committed to guaranteeing accurate investigations into forced disappearance, however, without clearly defining the steps it will take in doing so.

Spain has also promised to abstain from placing restrictions on freedom of expression, assembly, and information, and to prevent abuse in public protests. It did not, however, accept to review reforms to the Law on Public Security and the penal code that went into effect on July 1.

The international community has unanimously classified these laws as a threat to the right to participate in peaceful protest. Spain has also declared it will guarantee the rights of migrants and asylum seekers, but refused to abolish the provision that "legalizes" the immediate expulsion of migrants from Ceuta and Melilla.

Throughout the session, several representatives of civil society organizations intervened. The Spanish delegation, however, failed to address many of the criticisms offered by the NGOs.

Rights International Spain and the International Service for Human Rights made a joint statement in which they spoke of their concern for the new Law on Public Security and the two recent reforms to the penal code because they "criminalize the peaceful practice of freedom of expression, assembly and information" and "introduce numerous undefined terms that are vague and imprecise and can lead to the arbitrary application of sanctions."

According to these organizations, "the only adequate response from Spain […] is to suspend the implementation of these reforms until they are reviewed and adjusted to international law."

They also called attention to other government reforms that put access to the justice system at risk, such as the reform of the Legal Aid Bill that allows “fewer people [...] to benefit from a public defender," the lack of legal resources, the general "political pressure" directed towards judges and magistrates, and "attacks on judicial independence."

Finally, in the plenary they criticized the fact that all of these reforms were processed "without conducting extensive consultations with civil society and independent experts, infringing on the principal of transparent, democratic, and pluralist regulatory processes." 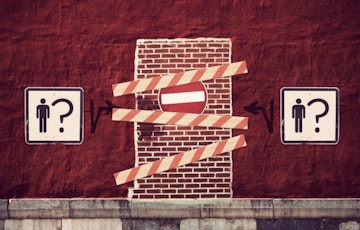 International Day of Victims of Forced Disappearances: Nothing to Celebrate in Spain 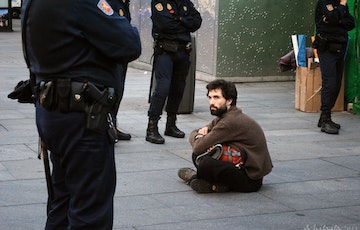 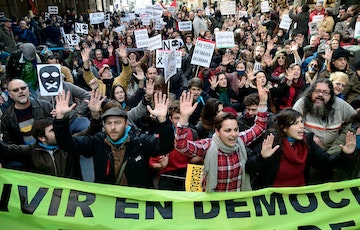