Module 'Respect': A Prison Where Inmates Have the Keys

After two years experimenting in France, and 10 in Spain, what are the results of the implementation of the Spanish "Módulos de Respeto," where inmates are given enormous freedom in exchange for better behavior?

It is often said that prison’s main issues are violence and idleness. To answer those problems, the prison in Mont-de-Marsan, in the southwest of France, has spent two years experimenting with a 10-year-old Spanish concept: the "Respect" module, born in Mansilla de las Mulas in the Province of León. Two of the four buildings of the prison are administered traditionally, while the other two are home to the "Respect" module.

Detainees have the keys

"Freedom, it is certain that we do not have it," conceded Farid, imprisoned for 8 months, "but it is much more relaxed."

Initiated in France by Sophie Bleuet, the interregional director of penitentiary services, and André Varigon, the director of the Mont-de-Marsan penitentiary, the "Respect" module was supposed to improve several points of everyday life in prison.

For André Varigon, granting the inmates a larger freedom of movement in exchange of a more respectful behaviour is a win-win.

That’s why, in "exchange" of a large freedom of movement – all the building's doors are open from 7am to 12:30pm and 1:30pm to 7pm – the inmates have to respect almost military-like rules: awake by 7am, with their beds made, the detainees begin each day by cleaning their cells and showering, and they participate in at least 25 hours of activities per week, including volunteer work within the prison, marching and various other activities that are often led by the inmates themselves.

The prison’s director, Mr. Varigon, says this helps keep them busy and instills in them responsibility to help ease their transition back into society, but it also to reduces tensions between prisoners and staff members and reevaluates the work of prison guards, who are often considered only as "key holders."

In practice, it seems to work, as it reduced the number of sick leave by a factor of four, and divided by eight the number of disciplinary procedures, compared to classic detention in the building next door. Another sign of this success is expressed by the inmates themselves, as they say they feel better and more useful than they had under a more traditional detention model.

Participants of the "Respect" program are all volunteers, selected based on a motivation letter and an interview. The module works on a system of "good" and "bad" points. For theft, violence, insults or possession of unauthorized items, such as drugs or cellphones, the sanction is automatic: a return to classic detention.

And all of them know what they stand to lose: access to the courtyard or to the gym on extended hours and on weekends; doors open all day; better hygiene standards through the facility; access to Family Living Units more often; and, especially, a cell all to themselves.

Indeed, of the 860 inmates in the "Respect" module, around 40 percent of the overall population of Mont-de-Marsan, only 140 have been excluded since January 2015, and some of them may rejoin in the program "if they prove they can conform to the rules."

Despite its apparent advantages, the model is criticized by some, as it is considered to be very eugenicist, and even segregationist.

Only the "best" inmates can apply: those who haven’t had disciplinary sanctions in the preceding few months. Those who are automatically excluded include those considered radicalized and those with mental disorders. The system of good and bad points is also criticized for being childish.

Moreover, the "Respect" model doesn’t provide any kind of additional staff support for issues related to reinsertion in society, as only one insertion and probation officer is available for a hundred of inmates, just like in classic detention.

It seems to be an efficient and promising mode of detention both for prisoners and staff, but some fear prisons may, in the long term, lack room to put inmates back in "classic detention" if they misbehave, or that a prison’s overcrowding may lead to a necessary increase in the number of inmates per cell in the "Respect" buildings, somewhat defeating the point of the program. 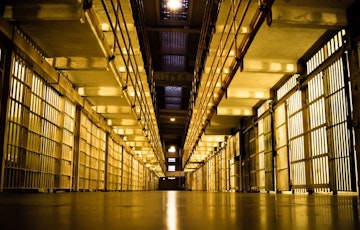 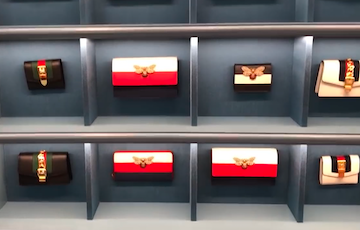