After the tragic death of a two-year-old Iraqi Kurd girl, shot dead by Belgian police as she sat on her mother's lap, human rights groups are demanding that the government open a full investigation into the incident.

Mawda Shawri, a two-year-old Iraqi Kurd girl born in Germany to parents fleeing Iraq and attempting to reach England, was shot in the face and killed in Belgium during the night of 16-17 May.

The fatal shot was fired by a Belgian police officer, in pursuit of a vehicle carrying Mawda and 29 other adults and children.

Liberties member the Belgian League of Human Rights (LDH) and Liga voor mensenrechten are still deeply shocked by the death of young Mawda, who was resting on her mother's lap when the bullet struck her.

Such a tragedy should never occur in a democratic country like Belgium. This death is actually the result (unintended but certainly predictable) of the state’s migration policy, which does not treat migrants as people in distress but instead as criminals, only because they do not hold the documents that allow them to reside legally on the territory.

And so this was how authorities treated Mawda, her parents and the people who were with them: as criminals.

A serious and independent investigation must be carried out, as the prime minister promised, in order to shed light on the series of events that led to this tragic incident.

The authorities’ dismissive attitude towards Mawda’s brother and parents is inhuman and unworthy.

The testimonies of the family members, given during a press conference held on 22 May, are chilling: the mother, who was clutching her wounded daughter waiting for the ambulance to come, was not allowed to go with her to the hospital. After being handcuffed, she was separated from her husband and spent 24 hours in a cell with her three year-old son.

In this context, the fact that the family received an order to leave Belgium as soon as their child's burial was done, while an investigation on the circumstances of her death is still to be opened, makes this already very dramatic situation even worse and more indecent.

Such unacceptable and disrespectful treatment of this family, who just lost a child, can be considered as inhuman and degrading treatment.

These shocking facts raise many questions and concerns regarding the circumstances of this tragedy. The investigation will have to answer these questions.

The human traffickers, who take advantage of the extreme vulnerability of migrants, are the only persons to be suspected of criminal acts here. With its current migration policy, the Belgian government, which unfairly gives the same status to migrants and traffickers, supports this shameful trade.

The Belgian minister of home affairs said he wanted to stop human traffickers from carrying out their criminal activities. The best way to reach this goal is to implement safe and legal channels of migration.

What is the government still waiting to seriously consider this possibility? 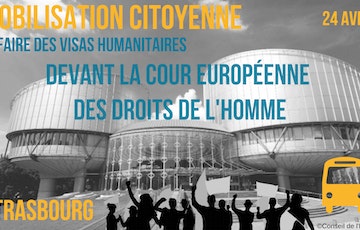 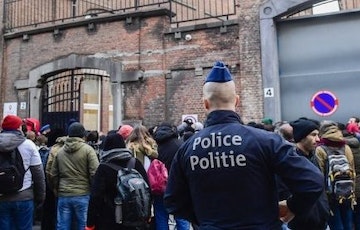 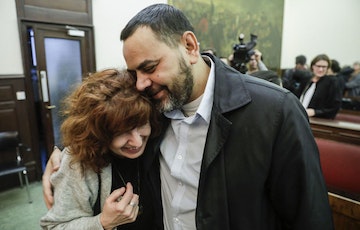 Several Citizens Acquitted after Conviction for Providing Aid to Migrants