While preparing for the arrival of refugees, Lithuania opts to focus on banning face coverings instead of on plans for integration.

Lithuania is getting ready to receive the 325 refugees (mostly from Syria and Eritrea) that it had agreed to with the European Commission, but so far the rhetoric employed by officials is more akin to preparing for war than planning for social integration.

"Liaison officers sent by Lithuania will actively participate in the refugee selection process. Our main objective is to make sure and to accept people who do not pose a threat to national or internal security," claimed Minister of the Interior Saulius Skvernelis.

He assures that he will pay particular attention to the Refugees Reception Center in Rukla. "The people have nothing to fear — as many officers as needed will be on duty."

So far, the issue of refugees — which is at the heart of many fears — has only been discussed in the context of public order and public security in Lithuania. It is stressed that only those who are "willing to integrate" will be welcome.

A desire to integrate that will surely be "encouraged" by the full ban on Muslim veil in public places, a measure which was initiated by the chairman of the National Security and Defense Committee.

After all, you never know "who is hidden behind a burka — it can be a terrorist, a man or some other person we do not want," explained Artūras Paulauskas, who said he got the idea from France.

Until now, there haven't been any women to don the burka or the niqab in Lithuania, which hosts a community of 5,000 muslims. Even experts tried to calm the public and politicians — Syrian and Eritrean Muslims do not wear burkas or niqabs, so perhaps there won't be any need to even consider this ban.

However, the main objective of this initiative is, in fact, to be one step ahead of what the politicians presume is happening in the Western world. According to the chairman of the National Security and Defense Committee, if the number of refugees grows, so would their resistance to such bans, and as such it is best to prepare in advance.

It seems, then, that Lithuanian officials have a relatively simplistic conception of refugee integration, seeing it as dutiful compliance with local rules and norms. And the best way to show how these rules are meant to be obeyed? Why, with bans, and in particulars bans aimed a group that, hopefully, will put up the least resistance: women.

This attitude of politicians shows that the integration of refugees can become a significant challenge in Lithuania. Hostile rhetoric aimed at refugees, feeding into the public's fears, is cause for concern that Lithuania will turn to isolationist solutions, which would only increase social tensions.

The public space is also seeing a gradual emergence of opinions that promote empathy towards refugees, together with more moderate criticism of the EU asylum policies that is based on argument, not fear.

Unfortunately, attempts to deepen the discussion, which is still somewhat shallow at the moment, are usually drowned in menacing headlines.

The largest Lithuanian news portal generates at least a couple of these a day: "Warnings of a great threat — Lithuanians also at each other's throats," "Worst scenario for Europe: refugees or Greece" and "The new Europe is coming over: are you ready?"

Well, we're ready, at most, for a war against burkas — but not yet, unfortunately, for real integration. 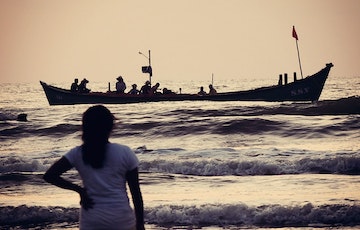 Half of Lithuanians Support Reception of Refugees 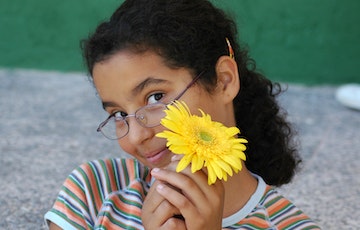