There is serious concern about the freedom the migration authority is giving itself in determining which asylum seekers to consider and how it handles claims from Afghans.

The right to seek international protection arises from international commitments of Belgium based on a desire to protect fundamental rights.

The asylum procedure in Belgium is strictly regulated by law. That said, the Foreigners Commission of the Belgian League of Human Rights (LDH) finds that the authorities take initiatives outside those given under the law.

The news should not distract us from respecting the rule of law and our human rights.

Finally, noting that this letter is also distributed to unaccompanied foreign minors (MENA), the Foreigners Commission is concerned about the lack of consideration the secretary of state takes in these vulnerable profiles.

We find that people who come to register a first application for asylum are turned back at the gates of the Foreign Office, without re-convening. Even though this issue has caused a stir a few weeks ago and provoked citizens' initiatives, the authorities can’t reasonably attempt to excuse their failure to comply with our basic laws and rights by saying that they have been "surprised" by the refugee crisis. Temperatures have dropped, and considering the liabilities in this regard, we call for an immediate return to the rule of law by the Aliens Office. 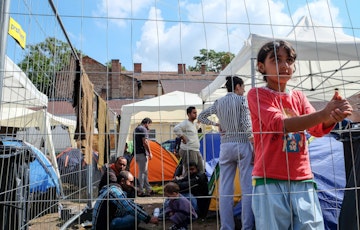 A Stigmatizing Badge for Asylum Seekers in Belgium 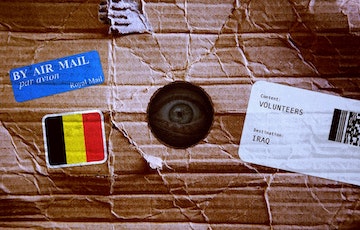 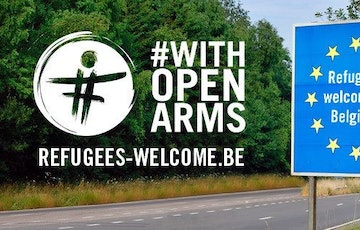