Freedom of speech is one of the basic foundations of any democratic society, and any restrictions that are placed on it must meet strict standards.

The fight against terrorism cannot justify restricting the freedom of speech, according to a ruling by Belgium's Constitutional Court. The court agreed with Liberties member the Belgian League of Human Rights (LDH), which lodged an appeal in February 2017 against the amendment of Article 140a of the Belgian criminal code. In its ruling, the court found this amendment to be unconstitutional.

The amendment aimed to broaden the scope of incrimination of public incitement to commit, either directly or indirectly, a terrorist attack, and to simplify the production of evidence.

In order to do so, the amendment removed, even in cases of "indirect incitement," one of the essential components of determining criminality: the case-by-case assessment of the "risk" of offenses being committed through one's behavior.

Therefore, according to the government, making speeches on the topic of terrorism could, in itself, represent an incitement to commit a terrorist attack, even when there exists no concrete risk of an offense being committed.

In its ruling, the court observed that the need to simplify the production of evidence could not justify the fact that a person could be sentenced to five to 10 years' imprisonment for incitement to terrorism if there are no serious indications that a terrorist crime would in fact be committed.

The court concluded that "the contested provision is not necessary in a democratic society” and that it “disproportionately limits freedom of speech."

A victory for fundamental rights

The League of Human Rights welcomes this victory for the freedom of speech. However, the organization does regret the fact that, once again, it had to go to court to safeguard this basic right.

LDH did warn the government several times about the urgent need to protect basic rights, including the freedom of speech, in the context of the fight against terrorism. The group has come to believe that it is speaking with a government that only sees the fight against terrorism through the lens of increased security measures and does not care about maintaining basic rights.

The League of Human Rights is pleased that the highest constitutional institution of the Belgian state acts a guardian of free speech, even in the context of the fight against terrorism.

Through this ruling, the Constitutional Court sends a wake-up call to the government, making clear that basic rights should always be at the heart of laws, even when they are being adopted in the name of national security. 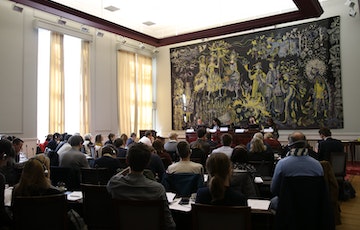 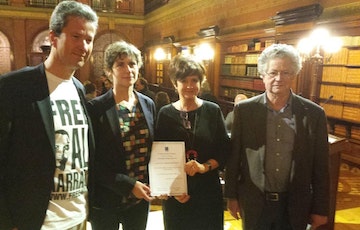 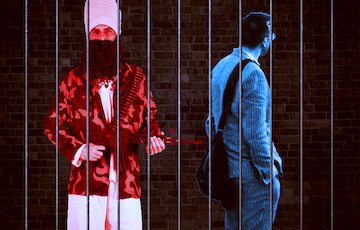