After a seven-month wait the Court in Rovereto has finally forced the mayor of the city to recognise that the child's parents are two women and to issue his identity card.

Mayor refuses to accept registration from another municipality in unprecedented move

The mayor of Rovereto refused to accept the registration of a newborn boy, Davide, who is the son of two women, even though the boy was registered at the registry office in his city of birth (in the province of Trento). The mothers live in Rovereto and the alleged reason for the mayor's refusal is that Davide is the son of and LGBT couple.

Davide’s family lawyer claimed that this is the first case in which a municipality has failed to respect a civil status act created by another public administration. In other words, the mayor's refusal to register the baby threatens to undermine the consistency of the system.

Child and family deprived of key rights and services

In addition to being denied civil registration, Davide has also been deprived of his identity card. This has caused several problems for the baby's family. For example he has been unable to travel, the child has had his passport frozen, the maternity of the mothers has not been recognised, and it has been impossible to enroll him in daycare (the deadline for registration was in May and Davide’s application was not even taken into account as he was not resident in the city).

Judges say that rules must be consistent across Italy

The two mothers, through their lawyer Alexander Schuster, decided to appeal to the tutelary judge. On 12 April the Court admitted the claim and clarified an important issue: it is inconceivable that a person should have a family and an identity in an Italian municipality and a completely different identity in another municipality. Civil status records must be consistent. If every registrar or mayor could question what a colleague did, you might find yourself married in one part of Italy and divorced in another, have a parent in one corner of the country and another elsewhere.

The Rovereto judges added that two women can be registered at the registry office as mothers of a child. According to Italian law, the consent given by a cohabiting man to the heterologous fecundation of his partner requires him to be a father and to assume the responsibilities of giving birth to a child. The same principle should also apply to the consent given by a woman cohabiting with another woman.

For the judges, therefore, "the right to have two parents and to the maintenance of child status must be referred to the parental couple, whatever it may be".

The story ended just a few days ago with the municipality of Rovereto finally issuing the identity card to Davide.

However, the case still highlights the strong discrimination against LGBT couples in Italy, with politicians and society as a whole very often not recognising their rights. This attitude, as the case shows, risks retaliating against innocent minors. For seven months Davide was a ghost because a mayor did not want to recognise the rights of his mothers. 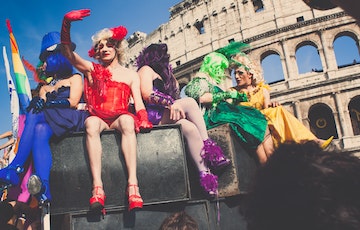 7 in 10 Italians Say Discrimination Against LGBTI People Is Widespread

Italian Coalition for Civil Liberties and Rights
May 30, 2016 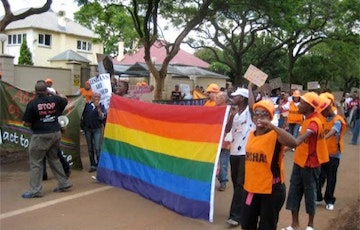 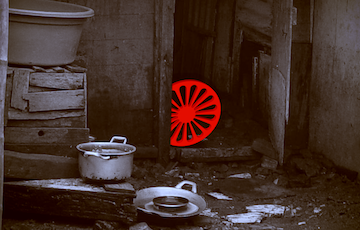 New Strategies Are Needed to ​Protect and Promote Roma Communities