Italy Will Investigate Conditions in Its Migrant Centers

Italy's Centers for Identification and Expulsion for undocumented migrants, places of abuses and degrading treatment, will now be investigated by a parliamentary commission.

Italy's Chamber of Deputies has approved the creation of a special commission of inquiry on the CIEs (Centers for Identification and Expulsion) for undocumented migrants.

The centers are known to be places where migrants live as prisoners and many cases of abuses have been reported through the years.

According to the website of the Chamber of Deputies, the commission aims to investigate "the conditions of migrants' detention and stay and the efficiency of the facilities, as well as any unlawful conduct and acts that may be prejudicial to fundamental rights and human dignity; the verification of procedures to assign management of the centers; the evaluation of the authorities responsible for the centers and proper record keeping of attendance, along with an assessment of the economic sustainability of the system, and the study of new regulatory approaches to the immigration issue."

Patrizio Gonnella, president of CILD (the Italian Coalition for Civil Rights and Liberties), praised the decision:

"The internment of people who have no other fault than that of being immigrants is in itself a legal abomination. The lack of respect for their dignity becomes an unbearable act for a democracy. For this reason, the commission of inquiry set up by the [Chamber of Deputies] is a welcome decision. We visited those centers and we are willing to cooperate in the hope that it will make public all the information and that these places become more transparent."

This is an important result of the work of civil society, especially of the campaign LasciateCIEntrare, led by Gabriella Guido (also the vice president of CILD), which actively advocates for the abolition of the CIEs.

The campaign has visited many of the facilities, trying to document the conditions of the people detained in them. Journalists are usually not allowed to film or take pictures of what happens in the centers.

Currently, undocumented migrants can be detained up to 90 days in Centers for Identification and Expulsion. In the past, there have been reported cases of migrants being detained for several months. 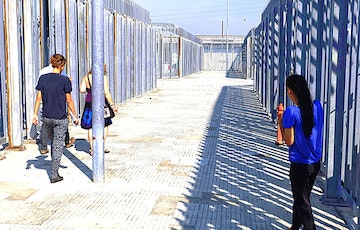 Bring Out Our Girls: The Tragic Story of the Nigerian Women Detained in Italy 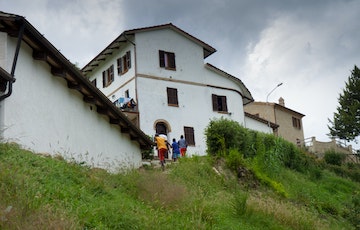 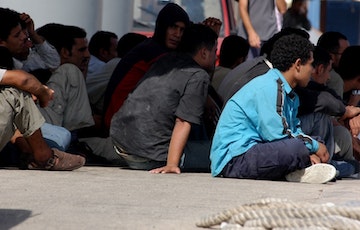