The Belgian League of Human Rights filed the complaint – which also accuses the justice minister – saying it is quite clear that the government does not care about the living conditions of detainees in its prisons.

The complaint, issued earlier this month, was made to the prosecutor general against the prime minister and the minister of justice for inhuman and degrading treatment and failure to assist persons in danger.

The ongoing prison staff strikes within several Walloon and Brussels prisons highlights the disastrous reality of prison life and the successive governments' inaction regarding that issue – which, one must admit, is not essential to gain voters’ support. After all, in a time of austerity, who cares about the living conditions of detainees?

What is clear is that the government does not care, and that it systematically ignores the warning cries constantly rising up from all the national and international official bodies that have tackled the issue, such as the federal ombudsman, mayors, supervisory comities, Central Prisons Supervisory Council, the European Court of Human Rights, and the European Committee for the Prevention of Torture (ECPT).

In spite of all the detailed questions that have been raised, the prime minister and the minister of justice have refused to take the indispensable measures aimed at eradicating inhuman and degrading treatment against the detainees of Belgian penal institutions.

Send in the army

A report published last March by the ECPT highlighted the overwhelming evidence of poor life conditions, hygiene and safety within the prison of the city of Forest. The strike, which supports the legitimate demands of prison staff, made the situation of detainees more inhuman and degrading than ever before. 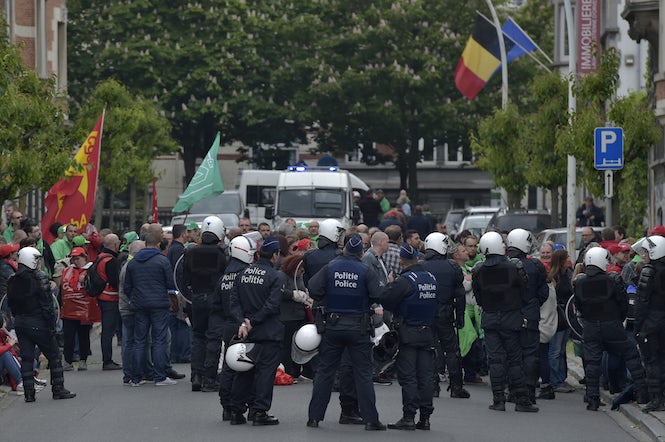 In a letter addressed on May 11 to all members of government, Avocats.be described the tragic situation the detainees of the Forest prison were currently facing: detainees have spent half an hour in the prison yard only three times within the last two weeks; they are not allowed to receive visits; their linen is not being changed; and the overall condition of the prison is dilapidated.

The only concrete response by the government, through the minister of justice, was to deploy the army to Forest prison and other penal institutions, with no prior training. This measure seems even more questionable as this so-called humanitarian mission actually proved to be a mission meant to secure the premises – in fact, soldiers have not had any contact with the detainees.

The government did not take any measure to get the Forest prison detainees out of this critical health and organizational situation, and it is therefore responsible for inhuman and degrading treatments against the inmates.

The severity of the consequences is such that both physical and mental health of detainees are seriously endangered.

Policies with a 'human dimension'

Considering these intolerable circumstances and their impact on human rights, and given the flagrant lack of political will by the government to take short-term measures, the Belgium League of Human Rights (LDH) issued the complaint to the prosecutor general against the two public officials for inhuman and degrading treatment, which result from a failure to act and a failure to assist persons in danger. The decision to lodge a complaint was made to meet the challenges before us and in light of the successive governments’ inertia. 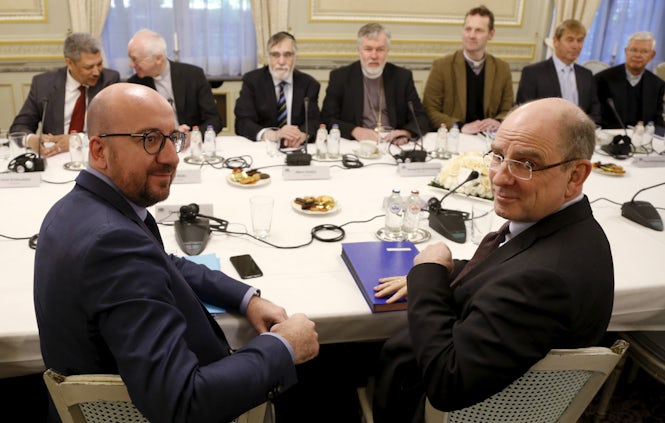 As all legal remedies have been exhausted, the criminal complaint is the only remaining tool available for the LDH to place the government face-to-face with its obligations. The complaint was issued against the prime minister, Charles Michel, because he is responsible for policies of austerity imposed on penal institutions, and the minister of justice, Koen Geens, who agreed to implement policies that fail to assist persons in danger.

The Belgium League of Human Rights reminds all members of government that work conditions ensuring respect for the prison staff rights are deeply intertwined with detention conditions ensuring respect for the rights of detainees. Both must improve. In this context, the government must urgently invest both politically and financially in new penal policies that have a human dimension.