If a restrictive new act on public gatherings on national holidays is accepted, the Hungarian government will have found another way to seriously restrict freedom of assembly, according to the Hungarian Civil Liberties Union.

Hungarian legislators are set to enact a law that will prohibit demonstrates in front of the Parliament building for a whole month during the winter. People who do not want to participate in state-organised memorial events will also be excluded from locations that hold symbolic meaning for many. The proposed changes are buried in the Act on the Protection of Townscapes.

According to the draft law, certain public spaces will be closed for public assembly for certain periods of time, although these locations will still be available for state-organised events during the same periods. The public spaces listed in the proposal include some of the most prominent areas of central Budapest, which are frequently used as gathering places for demonstrations. The dates affected by the limitation are mostly national memorial days that commemorate events regularly connected to the free expression of political opinions. There is also concern that the selection of several of these public spaces is completely arbitrary. Additionally, municipalities will have the power to “forbid” further public spaces for demonstration.

The proposal being adopted would result in serious limitations to the right to assembly, as this right includes the freedom to choose the location of the assembly. Demonstrations are a legitimate use of public space, in the same way that using such space for transportation, business or festivity is. If the proposal is adopted, it will be impossible for people with dissenting views to be heard on memorial days. The fact that municipalities would have the power to remove spaces as venues for demonstrations is unconstitutional because under Hungarian law only an act of parliament can limit the exercise of a fundamental right.

Officials give bogus reasons for limiting right of assembly

The Government’s reasons for restricting demonstrations in this way include avoiding the “undeserving competition” for public spaces. HCLU thinks that this is a conscious distortion, as the new act on the freedom of assembly regulates procedures relating to multiple assemblies taking place at the same place and time. The other reason officials have provided is that the locations traditionally used for festive purposes evolved organically, and strengthening these traditions through the law is a noble aim, which cannot be considered a curb on constitutional rights.

HCLU has noted that the amendment will result in only Government opinions being expressed on national memorial days, as groups with different opinions will be forced out of sight. The proposal suggests that only the state can commemorate national memorial days in a worthwhile way and that it is inappropriate to hold political demonstrations during specific holidays at significant public spaces in Budapest.

“The fact that citizens could demonstrate at a location selected by them must not depend on the discretion of the state. Exercising the right to assembly cannot be undeserving, nor can the competition for the usage of specific public spaces. Freedom of expression related to national memorial days is a fundamental right, not the privilege of the state.” Said Dániel Döbrentey, a lawyer for HCLU. 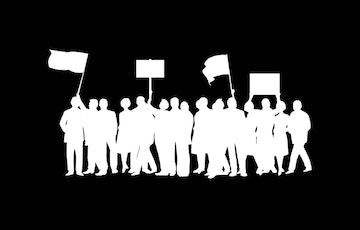 Freedom of Assembly Is Under Threat in Poland