Freedom of Assembly Is Under Threat in Poland

Poland's Parliament has adopted an amendment to the Law on Assemblies that gives preference to assemblies organized by state and religious institutions.

The new amendment introduces the concept of cyclical assemblies, which are assemblies organized by the same organizer, at the same location or on the same route, and that are held four times a year or are organized at least once a year but were held during the last three years.

The bill's creators said that such an assembly could be, for example, "the celebration of important events for the history of the Republic of Poland." Regional governors will be responsible for deciding if the assembly can be considered as cyclical or not.

According to the amendment, if a regional governor agrees to organize the cyclical assembly at the time and location of another assembly, than the administrative body must prohibit the "non-cyclical" assembly.

Priority given to public authorities

The amendment also provides that assemblies of citizens can't be organized at the same time and place as assemblies organized by the public authorities or those held as part of the activity of churches or other religious associations. However, after the protest of political opponents, NGOs and citizens, the senate suggested to delete this rule from the amendment.

"Freedom of assembly is for the people, not the state," points out Barbara Grabowska-Moroz, a lawyer with the Helsinki Foundation for Human Rights. "The character of the entity that organizes an assembly doesn’t matter for the assessment of the peaceful character of such assembly nor give the priority over other assemblies."

"The right that gives preference to assemblies organized by the public authorities contradicts the civic right to counter-demonstration and freedom to express one's opinion," says Danuta Przywara, HFHR's president.

"However, the amendment gives preference to assemblies organized by state and religious institutions, and then cyclical assemblies; it doesn't require checking if the proximity of a counter-demonstration poses a threat to the public security. This violates the constitution," adds Grabowska-Moroz.

The new law was adopted very fast and without any public consultation.

The bill was introduced to the lower house of Parliament not long after November 11, which is the National Independence Day in Poland. Every year on this day, the national and right-wing circles organize in Warsaw for the March of Independence. In 2016, a few independent counter-demonstrations were held, some of them at the same place where the usual March of Independence takes place.

During the discussions about the new amendment, there were some who claimed that the aim of the law was to avoid the future counter-demonstrations during the March of Independence and celebrations commemorating Smolensk. Every month in Warsaw, members of the governing party and their sympathizers gather outside the Presidential Palace in Warsaw to commemorate the victims of the catastrophe in Smolensk that killed the Polish president at the time, Lech Kaczyński, who was also the twin brother of the head of the Law and Justice (PiS) party, which currently holds power.
demonstration , protest , civil liberties , freedom of assembly , law on assemblies , Poland
#StopUploadFilters 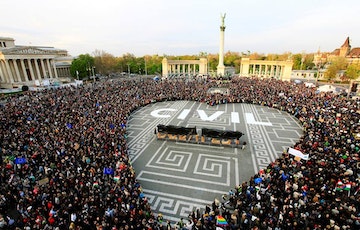 ​Freedom of Assembly: Why Do Authoritarians Hate It So Much? 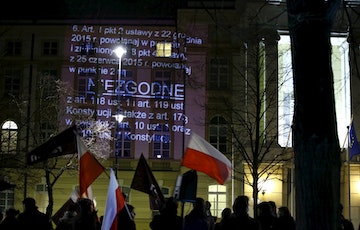 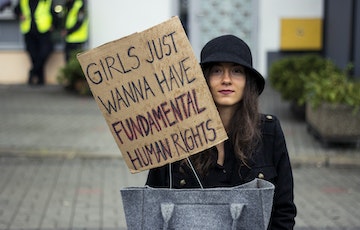