This guide is for campaigners who wish to mobilise public support in favour of a ban on ethnic profiling.

What does this guide offer?

Among other tools, the guide sets out two narratives that activists can use when developing communications materials for their campaigns. Narratives shape how people think: what we regard as valuable, what the world should look like, what situations should be regarded as problematic and what we should do to solve them. Whichever narratives come to dominate public debate become ‘common sense’ ways of thinking. Download the guide here.

The challenge: authoritarians are good at setting the narratives and frames

Campaigners working for a ban on ethnic profiling face opponents who are adept at framing. Governments with authoritarian leanings, helped by parts of the media, spread narratives that have been carefully crafted to stoke public anxieties. These politicians use racism strategically to divide voters against each other on racial lines by perpetuating false stereotypes that portray certain ethnic minorities as threatening. And then they win over voters by condoning ethnic profiling as their solution to keep the public safe. Download the guide here.

The status quo: campaigners don’t tend to reframe the debate

Campaigners working for change can only win the public around if they develop new narratives that emphasise our shared vision of what life should look like. But activists often focus their arguments for banning ethnic profiling on three rationales that don’t alter dominant narratives. First, that it should be banned because of the harm it causes ethnic minorities. Second, that it should be banned because it is based on an incorrect assumption that the level of criminality is not the same across society. Third, that ethnic profiling is inefficient and unsafe because it diverts police resources away from genuine suspects. Download the guide here.

The problem: these arguments are not the most effective at mobilising broad public support

Some of these arguments may be effective towards people already on the side of campaigners. And arguments about efficiency may be convincing specifically towards the police. But they are unlikely to garner broader public support for a ban. This is for three reasons. First, arguments about harm to ethnic minorities may stimulate sympathy that mobilises existing supporters. But to move larger numbers of people, campaigners need to stimulate empathy by emphasising our shared humanity and shared fate. Second, factual arguments about levels of criminality are likely to be rejected by a broader audience because it clashes with their stereotypes. Third, arguments about efficiency emphasise a worldview that society is a dangerous place, rife with crime, which nudges people towards endorsing restrictions on civil liberties. Download the guide here.

This guide offers campaigners two alternative narratives to underpin their communications. The community narrative highlights solidarity and interconnectedness. It encourages the audience to focus on what kinds of neighbourhoods they want to live in and the role of the police in building these communities. The freedom and respect narrative highlights self-determination and dignity. It encourages the audience to focus on how individuals should be free to go about their lives and be treated with respect by the police. By moving the narrative away from security and onto community or freedom, campaigners can nudge their audience to think about the role of the police in bringing these alternative values to life.

Help us fight for your rights! Donate
The guide also offers readers insights into potential communications blocks they will need to navigate and techniques to communicate complicated concepts like structural racism. The advice in the guide is based on research and practice from the cognitive sciences and campaigners working on progressive causes.

Other guide on Liberties

How To Talk About Human Rights Under The Pandemic 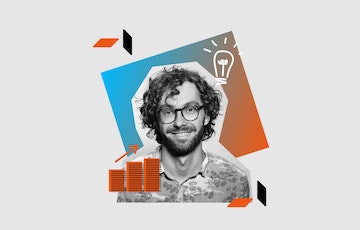 ​We Offer Training & Coaching to NGOs to Be More Impactful 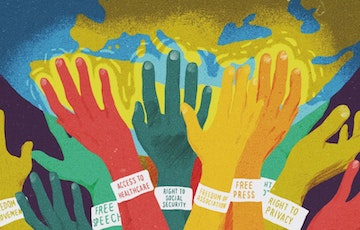 How to Talk About Human Rights Under COVID-19