Freedom of information is recognised by the United Nations as a fundamental right which obligates the state to share information with citizens that is of public interest. It improves transparency, accountability and increases citizen engagement.

What does freedom of information mean?

Freedom of information refers to the right that citizens are entitled to access information of public interest held by the state. It is recognised by the United Nations as a fundamental human right and is constitutionally protected in many countries.

The right of access to information is made up of two elements. The first assigns a positive duty on public bodies to publish information concerning their activities, policies and budgets. This means the state should be proactive in their approach to make information available, so it is easier for people to under how public bodies function and assess how well they are performing.

The second element is reactive, obliging public bodies to respond to requests for information and documents from members of the public without requiring a reason. Theoretically all pertinent information should be available, however exceptions are permittable if disclosure would endanger other values such as privacy, national security, or commercial interests.

We support democracy by keep you informed. Support us! Donate

What is the main function of freedom of information?

The role of governments is to act in the best interest of the people. If we are to hold politicians accountable, we need to have clear and detailed knowledge of their responsibilities, their actions, and how the political system works.

This is easier said than done. Understanding the nitty gritty of how our state machinery functions is beyond many of us who are stuck looking from the outside in. We probably can provide a vague explanation of how a modern, representative democracy works, but in practical terms it is a convoluted system made up of many moving parts. With countless government departments and public bodies, each with their own rules, responsibilities, and governing legislation, grasping the inner workings of the state is beyond your average layperson.

Besides, most of are busy with our lives and have neither the time nor the inclination to research at length.

Ignorance is the ideal breeding ground for corruption, mismanagement, and discrimination, which is exactly what unscrupulous politicians and corporations are betting on. Information acts as an antidote because it sheds light on wrongdoing and breeds a culture of accountability. Therefore, access to information is a prerequisite for a healthy democracy because it empowers the public to be informed, engaged, and encourages meaningful civic engagement.

The principle to freedom of information was established in the interest of strengthening transparency, ensuring government accountability, improving public knowledge, and providing a deterrent effect against mismanagement and corruption. For this reason, the UN argues that it is essential to uphold the rule of law.

When politicians are required to be transparent in their actions, for example how they spend public funds, it reduces the likelihood that they will abuse their power and increases integrity of office. This in turn fosters greater trust in government and helps create a stable and resilient democracy.

The right to freedom of information underpins the “right to know” principle and is heavily used by society watchdogs such as journalists, civil society organisations and academics when monitoring and evaluating government behaviour.

From a data protection perspective, it is deemed important that citizens have the right to request access to information concerning themselves held by the government.

Around the globe: how free is the flow of information around the world?

While access to information around the world is not ubiquitous, the trend towards increased openness and transparency is moving in the right direction.

Sweden is regarded as having the oldest Freedom of Information legislation in the world, with its Freedom of Press (Act) passed in 1766. The act put an end to censorship and created the right of public entitlement to official records of Swedish public bodies

Since these humble beginnings access to information globally has come leaps and bounds, particularly in the last 15 years. Whereas in 1990 a mere 13 countries had (Right to Information) legislation, today that figure is 118 countries covering nearly 90% of the world’s population. These changes are not only reflected in the law but mirrors a shift in mindset to a more open and transparent form of democracy. Enabled by the legal entitlement of access to information, citizens have been empowered to realise their rights and ensure that public bodies serve their interests in accordance with the law.

But there is still more work to be done. Liberties’ rule of law report demonstrated that a genuine commitment to transparency is still missing in Europe, as evidenced by the attacks on critical voices from the media and civil society organisations and poor transparency of justice. Liberties report showed in particular how a hostile attitude towards the media in particular resulted in increased restrictions on access to public interest information. Access to sensitive information was restricted in several countries, including those with strong democracies: Belgium, Ireland, Italy, Hungary, the Netherlands, Poland, Slovenia and Spain. This makes the work of activists, journalists, civil rights defenders and watchdogs significantly more difficult.

What is a freedom of information act?

A Freedom of Information of Act is the legal basis for the right to information which the public can rely on to access information held by public authorities.

The act entitles a member of the public to request specific documents, for example requesting a copy of all documents held on file which bear their name.

As mentioned earlier, this freedom of information legislation has two parts:

Exercise your right to information. Sign up to stay informed!

Freedom of information act: How to request one?

The steps for requesting information under a Freedom of Information Act is outlined in the particular national legislation, but usually it follows a simple formula.

The person or organisation seeking the information must submit the request in writing, providing their personal information (name and return address/email), and outline specifically the information they are seeking and in what format. Usually, the right only extends to recorded information, meaning information held on computers, in emails, print or handwritten documents in addition to images, video and audio recordings.

The right only covers recorded information which includes information held on computers, in emails and in printed or handwritten documents as well as images, video and audio recordings.

Further reading/listening on this topic:

The Legacy Of Daphne Caruana Galizia & What The EU Should Do To Protect Journalists, NGOs 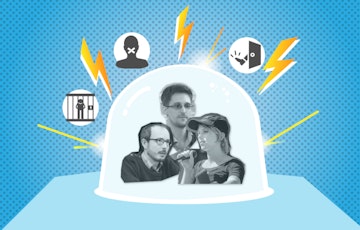 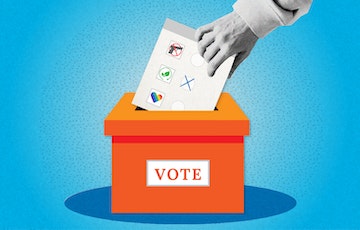