The EU should realize that its economic policies continue to cultivate the same "economic refugees" it is so eager to get rid of.

Europe selects refugees. The refugee who can prove that he is persecuted in his own country due to his ethnic background or political or religious convictions and is in immediate danger, is welcome in Europe.

Refugees with a more economic interest are considered "fortune seekers" and the West is eager to bid them farewell as soon as possible. But is this fair in light of the economic policies Europe pursues at the cost of other groups of people?

The EU plays a crucial role in world trade. As the largest exporter of goods and services in the world and the world’s largest source of direct foreign investments, the EU takes a leading position in the world market.

Not only is the EU one of the biggest exporters and investors, it is also the main trading partner of many countries around the world.

The EU is also interwoven with the counterpart of free trade: protectionism. Examples of protectionist measures are the levy of import duties, import quotas and export subsidies. With these, foreign competitors are kept outside so the internal industry may increase.

European protectionism also thwarts the development of an sustainable energy and the job market. With these, the EU ignores its role in the continuous underdevelopment and poverty of the poorest countries and in the poor access to the European market.

The EU claims to focus on human rights in its agreements with countries outside the union, even though serious questions arise about the trade treaties with some countries. (Treaties often have a clause which says that human rights are crucial to the relationship.)

In practice, these words often prove empty, as the economic advantage outweighs the importance of undertaking any action against rights violations. To many people from these countries, this means that fleeing is the only option available.

Filled with fear and horror, Europe is now looking closely at these "economic refugees," for they didn’t flee for political reasons, but to find a better standard of living elsewhere. But in practice, the distinction between political and economic refugees is hard to make. Often, the reason for fleeing is a combination of political violence and difficult living conditions.

The EU response to the flood of refugees is, then, to step up the monitoring of its external borders. Here it seeks cooperation with third countries in the form of so-called mobility partnerships and readmission agreements.

Both the EU as well as the third countries share interests in the partnership agreements. It is in the EU's interest that the third country commits itself to readmit illegal refugees and the protection of the external EU borders.

The interests of the third country include the EU easing policies for issuing visas to the citizens of that country and, sometimes, the promise of a free trade agreement. The trouble with these third countries is that they usually are not a contracting party to the Convention on Refugees, which for the refugee results in all sorts of abuses of their human rights.

The EU should realize that its own economic policies continue to cultivate "economic refugees." By opening up the European internal market in a fairer way to countries outside the union, the standard of living of people there will rise. Besides, offering access to the European labor market will also result in refugees no longer misusing the Convention on Refugees.

Also, the union should take a closer look at the human rights policies of third countries with which it signs trade treaties. By turning words into deeds when human rights are violated, the EU is able to force regimes towards a democratizing process and the improvement of human rights and the standard of living.

All this does require an economical sacrifice of the EU. Is Europe willing to sacrifice? Are we, as consumers, willing to sacrifice? Keeping shut the external borders hermetically and building ever higher the walls of Fortress Europe in order to keep refugees out is a denial of reality and a refusal to be accountable for human rights.

This contribution is by Lucille van Wijnbergen, board member of the Netherlands Committee of Jurists for Human Rights

This article has been previously published in the Volkskrant. 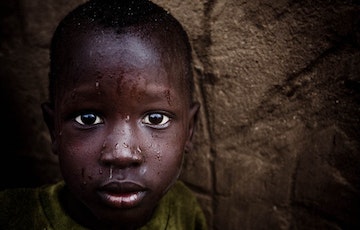 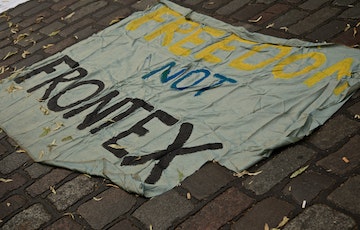 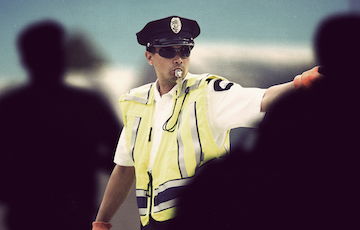