The EU Commission's third annual rule of law report auditing the health of democracy in Europe has just been published. Positive developments such as the inclusion of country recommendations are welcome, but the EU shouldn't shy away from concrete action

The European Commission published its third annual Rule of Law report, following months of country visits to audit each EU member state. The report is an appraisal of the health of democracy of each country, and provides an overview of the rule of law situation in the bloc.

In early 2022, Liberties’ submitted its own shadow rule of law report compiled with our member and partner organisations, outlining the state of the rule of law from the perspective of human rights organisations, and addressing a number of recommendations to EU governments and the European Commission on how to tackle deficiencies and put the annual rule of law audit to good productive use.

This most recent edition of the Commission’s report reflects many of our concerns and shows some genuine efforts on the side of the Commission to make this exercise more meaningful. There is, however, still room for improvement.

A good basis to build on

To start on a positive note, the report includes for the first time country specific recommendations that give guidance to EU governments on how to address identified concerns and the Commission committed to report on the implementation of these recommendations’ in its subsequent reports. This is a very welcome development in response to long standing calls by human rights groups, including Liberties, in order to increase the report’s value added and impact.

Substance wise, Commission’s report the report hit the nail on the head regarding some significant trends also highlighted in Liberties’ shadow report: the pressure on the independence of justice systems, which remains a widespread concern; the situation for media freedom and civic space across the EU, which emerged as overall even more concerning than last year; and the urgency to strengthen checks and balances in the face of intrusive law enforcement practices. On this point, the attention paid by the Commission to emerging issues such as the use of spyware is remarkable.

The heightened consideration given to the health of the human rights protection framework in EU countries - as the Commission included for the first time the level of implementation of judgments of the European Court of Human Rights as a rule of law indicator, and devoted much more attention to the enabling environment for national human rights watchdogs such as National Human Rights Institutions and Ombuds institutions - also marks a welcome evolution of the Commission’s approach.

However, some inherent limitations in the Commission’s approach still stand in the way of these reports offering an honest and comprehensive vision of the state of health of democracies in the Union.

While the Commission’s report demonstrated a broader perspective than previous years, the overall picture on the democratic record of countries across the EU, and in particular the EU-wide report, still comes across as rather distorted.

A lot of attention is paid to reform efforts, but with no real assessment of their impact and whether they are actually going in the right direction.

Even more concerning, the report still lacks a contextual analysis of rule of law backsliding. The report would have benefitted from greater attention being given to countries displaying deliberate attacks on democracy across all thematic areas (namely Hungary and Poland, as well as during this reporting period, Slovenia). Additionally, Europe-wide trends of serious democratic regression, in particular the worrying deterioration of the environment for media and journalists, in particular as regards attacks and smears, and the sustained threats, attacks and restrictions targeting civil society actors, would have warranted a much more in-depth analysis.

The report’s analysis of certain pertinent issues – where further scrutiny was required – barely scratched the surface.

As Liberties’ 2022 rule of law report pointed out, while it is true that COVID-19 restrictions are being gradually lifted in most EU countries, nonetheless the normalization of emergency regimes and powers has had a profound impact on checks and balances. This issue is largely unaddressed in the Commission’s report.

When it comes to human rights issues impacting the rule of law environment, big gaps remain to the extent and manner in which the Commission reports on systemic human rights violations and the lack of accountability thereof. Serious human rights shortcomings in areas falling squarely within the scope of the reporting are not, or are very poorly, covered. This is the case, for example, for areas such as criminal justice, racial justice, law enforcement accountability, and restrictions on civic freedoms such as freedom of association, of assembly and of expression. At the same time, the regression on human rights standards, widespread violations and impunity in areas outside the rather narrow scope of the Commission’s report are not even considered. Yet, as Liberties’ 2022 rule of law report showed, such backsliding and systemic violations, for example as regards racist practices and segregation, large-scale privacy scandals, regressive trends on sexual and reproductive rights, and impunity for widespread violations of migrants’ rights, are a stain on the rule of law record of many Member States.

Keep your friends close and engage the public

While, as already noted, the Commission’s inclusion of country specific recommendations is a step in the right direction, as a way of increasing their effectiveness, the identification and formulation of those recommendations would have benefitted from further expert consultations, including international monitoring bodies and with civil society groups.

The Commission should be praised for the concrete progress it has demonstrated in the writing of this report, however such efforts are not enough to address repeated criticism the EU has faced that these rule of law reports amount to little more than a box-ticking exercise. Human rights groups are committed to work with the Commission, the Member States, and other actors at EU and national level, to build on this report in order to achieve real change and find additional ways to enhance the impact of this rule of law mechanism for the benefit of our democracies. But this will depend on the EU’s openness and efforts to improve the process at their end.

To avoid being pigeonholed as a passive bystander, the EU should take a more proactive stance to respond to rule of law deficiencies outlined in the Commission’s reports. Great diligence will need to be paid by the Commission when monitoring and reporting on the implementation of recommendations, and it is imperative that this is done in a spirit of transparency and accountability. Such exercise should also include a critical account of the efforts which the Commission, and other EU institutions, in particular the Council, themselves have pursued by making use of the enforcement and sanctioning powers they are entrusted with. We have already seen how lack of transparency and inclusiveness has led to major disappointment over the usefulness of other monitoring exercises, in particular the peer review dialogue among EU governments happening behind closed doors in the Council. Second, swift and concrete action should be taken where no genuine efforts are made by governments to address serious shortcomings, including infringements on the side of the Commission and the long-due activation of political sanctions by the Council against governments which still persist in their efforts to dismantle democracy in Hungary and Poland.

Furthermore, the contribution of civil society actors should be better valued, supported and leveraged. Human rights and other civil society groups should be given a more meaningful role at all stages of the process – from designing and rolling out the public consultation feeding into the reporting, to the scheduling and holding of country visits, the drafting of the report and its recommendations, and the follow-up discussions at technical and political level, in Brussels as in the capitals. Dedicated funding should be made available to support civil society efforts both in feeding the report; in undertaking follow-up action, including through strategic litigation; and in promoting EU and national level discussions on rule of law trends and how to address them.

Finally, more investments should be made to enhance public engagement on the state of health of our democracies, and gather support for efforts by the EU, good-willing governments and civil society to tackle shortcomings on the ground. To that effect, the Commission could start by rendering the report more accessible to non-experts, making an effort to simplify language, anchoring the reporting and communications around it on value-based framing, and coming up with more user-friendly dissemination tools. Capacity building for public authorities and stakeholders, including civil society, to promote positive and progressive messaging about the importance of a healthy rule of law environment for our democracies - something Liberties is intensively engaged with - should also be better supported, including through targeted funding. 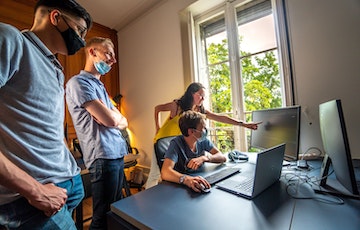 What is Crisis Response Mechanism and How Does it Work?