The idea of a new fund for rights and democracy groups inside the EU is gaining ground. If the EU doesn't want to see more elected autocracies like Hungary's Fidesz, it will prove essential.

Tuesday evening saw an important success for Liberties and human rights defenders across the EU. The European Parliament's Committee on Civil Liberties endorsed the idea of a new EU fund to finance democracy and rights groups across the EU. The Committee's resolution called on the European Commission to establish a 'European Values Instrument' by a majority of 25 to 5.

This fund was first suggested by Liberties in 2016 and since then the idea has gathered increasing support from groups protecting human rights, the EU's Fundamental Rights Agency, EU Commissioner for Justice Vera Jourova, and a growing number in the European Parliament.

The EU pumps hundreds of millions of euros into financial support for democracy and rights groups outside its borders. Several EU funding programmes provide money to help these organisations promote the EU's fundamental values outside Europe, with the main fund - the European Instrument for Democracy and Human Rights - amounting to 1.3 billion euros over seven years. But the EU spends next to nothing on promoting and protecting rights and democracy inside its member states. Europeans instead have to rely on the governments of Norway, Iceland and Liechtenstein and philanthropic foundations to nurture rights and democracy here at home. The EU needs to join the party and invest in the values that the EU and Europeans share.

Rights and democracy groups across Europe face funding shortages, smear campaigns and death by bureaucracy. These problems are most severe in Hungary and Poland, where governments have cut off public funding to activists. The Hungarian government has also taken measures that in effect prevent or limit the funding these groups can receive from international donors. In Ireland, the authorities have created a similar problem for campaigners. In Hungary and Poland, as well as in Bulgaria, Italy and Romania, politicians and government-friendly media have waged smear campaigns against human rights defenders. If the public loses trust in campaigners, people stop making donations or paying attention to what they say. These measures are designed to silence criticism of government, which is an essential element of balanced democratic debate.

If the European Values Instrument comes into existence it could play a vital role in reversing the creeping rot of authoritarianism across the EU. Hungary's election result over the weekend shows clearly that authoritarian governments can sufficiently rig a democratic system to keep themselves in power. It is difficult to imagine how Fidesz could have lost the election considering the circumstances. There is little space for balanced debate or criticism of the government. The public broadcaster has become a government propaganda machine and privately owned media are largely government-friendly. Speaking out comes at a price: the government engineered the closure of the main left-leaning daily newspaper in 2016 after it ran a story on government corruption. And the government has been harassing activists working on human rights, democracy and the rule of law since 2013. Not to mention that both this election and the election in 2014 were considered unfair by international monitors because of the way electoral boundaries were redrawn to benefit the ruling party and because Fidesz seemed to use state (instead of only party) resources for its election campaign. Couple this with a lack of a counterbalancing political opposition, and the millions Fidesz has invested in fear-mongering, hate-filled campaigns to create mythical dragons that supposedly only Prime Minister Orban can slay. How could anyone other than Fidesz have won?

A new fund to support rights and democracy campaigners across the EU, if it is large enough and finances the right kinds of activities, can help to make sure that these groups are sufficiently resourced to keep proper democratic debate alive. Of particular importance, as recognised by the Committee's resolution, is that rights groups should get support to communicate with the public. Not just to help the population understand and take an active part in current affairs, but also to explain to people why it is in their interest to defend independent courts, free and independent media, fair elections and civil liberties. Organisations fighting for our rights are key to the survival of well-functioning democracies because they hold governments accountable and allow the public to participate in law and policy making. That's why the EU spends so much money supporting them in other countries.

Do you want the European Values Instrument to be created? Then take 20 seconds to email the European Commission!. 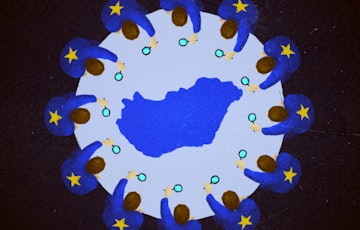 What next for Hungary's government after Parliament vote? 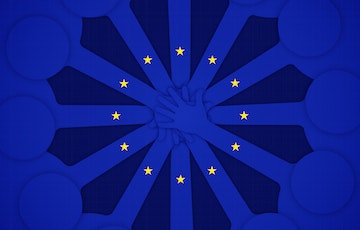