The Dutch advertising authority does not traditionally monitor ads for sexism, but a new judgment agrees with the complaint that a prominent menswear advertisement does constitute sexist advertising.

The Clara Wichmann Foundation and PILP have filed a complaint with the Dutch Advertising Code Authority about advertisements of menswear chain Suit Supply. The 'Toy Boys' campaign of the business has been greatly controversial because many people found the ads sexist.

The Dutch Advertising Code Authority, in its judgment of October 13, 2016, has agreed with the two organizations that the advertisements of Suit Supply constituted sexist stereotyping of women. This was reported by the Clara Wichmann Foundation and the Public Interest Litigation Project (PILP) of the Dutch Section of the International Commission of Jurists (NJCM).

The Netherlands is one of the very few countries in which advertising is not checked for sexist stereotyping.

"In the Netherlands, the Advertising Code Authority only tests for 'morality,' which means the admissibility of nudity in the public space, but not for sexism," says Jelle Klaas, project coordinator of PILP.

Sexism according to the UN

According to the Women's Rights Committee (WRC) of the United Nations, advertising that is allegedly sexist should also be reviewed in the context of Article 5 of the Convention on the Elimination of all Forms of Discrimination Against Women (CEDAW). The WRC says that advertising is sexist when it embodies a negative stereotype of a woman or when a woman's body is objectified.

"(..) discrimination against women includes differences in treatment that exist because of stereotypical expectations, attitudes and behavior directed towards women."

The WRC believes that the continued negative stereotyping of women is inhibiting the development of equality between men and women. 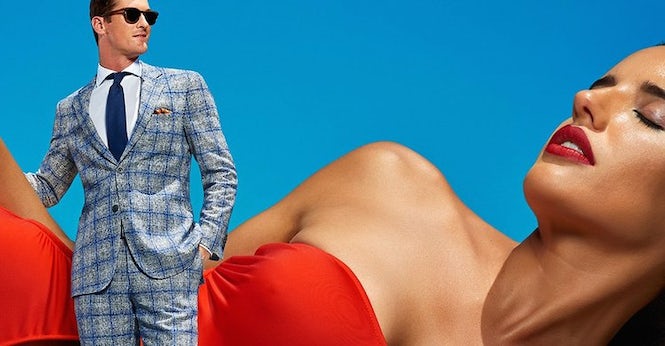 "This is fantastic news," says Anniek de Ruijter, president of the Clara Wichmann Foundation. "Morality, nudity or sex is a completely different standard than when the Advertising Code Authority assesses on negative stereotyping of women and the objectification of the female body in a time when women, also in the Netherlands, still have a relatively underprivileged position compared to men when it comes to victimhood of sexual violence, sexual intimidation and discrimination."

The Clara Wichmann Foundation and PILP recommend that future complaints about alleged sexist advertising should be handled in accordance with the UN Women's Convention (CEDAW) about the admissibility of sexist stereotyping in advertising.