Human Rights in Italy & Beyond: New Report Looks Back on 2017

The latest report of Amnesty International finds many reasons to be alarmed by the state of human rights in Italy and the rest of Europe, but also offers reasons to be hopeful for a better future.

Amnesty international's annual report 2017/2018 is the result of five regional overviews and a survey of 159 countries and territories from all regions. Its roughly 400 pages provide an overview of the ongoing struggles that we are facing today in the field of human rights.

Although the report finds that human rights are continuously challenged around the globe, it also demonstrates that the response to these challenges has been incredibly strong.

The situation at a glance

The battle for human rights has not been definitively won anywhere, and the future is still unclear. Even 70 years after the adoption of the Universal Declaration of Human Rights, we cannot take any of our human rights for granted. A clean environment, social security and the right to protest are only few of the rights that have been jeopardized.

All over the world, we are experiencing unprecedented challenges, and the response of the international community is deeply alarming. Most European leaders are handling the so-called refugee crisis as a problem to be deflected, rather than a human rights issue.

Conflicts have not diminished trade in weapons by wealthy countries and hatred and fear are spreading like wildfire. Countries like Austria, France, the Netherlands and Italy are trying to turn social and economic anxieties into fear, desperately looking for someone to blame, especially migrants, refugees or religious minorities.

Narratives of security and counter terrorism have provided a justification to governments to alter the balance between individual freedom and state powers.

France ended its state of emergency in November, after adopting an anti-terrorism law that in practice passes many provisions belonging to the state of emergency. Poland's government is stoking nationalist sentiments and encouraging the rise of xenophobic slogans.

And all across Europe, the widespread use of technological devices is blurring the distinction between reality and fiction and the spreading of fake news is manipulating the public opinion.

The other side of the story gives us some hope for a better future. Last year also showed that the willingness to stand for human rights is still alive and well.

Some important campaigns have reached a new intensity. For example, the Indian #NotInMyName campaign stood against rising Islamophobia, while the #MeToo movement shed a light on the ongoing culture of abuse and harassment.

New threats to human rights in Poland and elsewhere brought large numbers of people onto the streets to defend their rights. People are not giving up on the values that they want to see in the world.

Sadly, the costs of speaking out against injustice are rising dramatically. Russia, Venezuela and Egypt remind us that we have a rough road ahead.

Austerity as a human rights issue

Since the financial crisis of 2008, the implementation of austerity policies is worsening the living standard of people. Austerity is a human rights issue because it affects people's access to education, health, housing, social security and other economic and social rights.

Amnesty International researches focus also on the impact of austerity policies in the protection and realization of socio-economic rights in selected countries. The next years will be a great opportunity for change. Let’s fight politics of demonization, building a culture of solidarity.

The situation in Italy

More than 2,800 people died last year trying to cross the Mediterranean to Italy, while 119,000 survived the sea crossing.

In May, new information provided by the Italian magazine L’Espresso triggered the reopening of the infamous case of the 260 people who died in the shipwreck on 11 October 2013.

Despite instruction from the government in 2014, Italy's legislature is still failing to adopt the decrees required to abolish the crime of "illegal entry and stay."

Cooperation between Italy and Libya

Another controversial issue is the cooperation with Libya to control migration. Liberties member the Italian Coalition for Civil Liberties and Rights has already denounced the illegitimacy of the deal with Libya, calling it a criminal act.

Despite being aware of the abuse, inhuman treatment and other gross violations of human rights to which migrants are subjected in Libya, Italy seems to give priority to the defection of the "migration problem" rather than the protection of human beings.

Although the growing number in migration flows, the rescue capacities of non-governmental organizations (NGOs) have been limited in July, when Italy, with the support of the European Union, imposed a code of conduct on NGOs operating at the sea. Some of them have been accused of encouraging departures from Libya and thus criminal investigations are still ongoing.

To exacerbate the situation of migrants in Italy, there is a long process of asylum procedures. In April, legislation was introduced to speed up the process and counteract illegal migration, but it failed to clarify the nature and function of the hotspots set up by the EU and the government following agreements in 2015. It was also criticized by the National Guarantor of the Rights of Detainees and people deprived of liberty and by the UN Human Rights Committee.

Even more problematic is the situation of the 16,000 unaccompanied children (regulated by the introduction of law 47/2017). Despite the difficulties, Italy continued to grant humanitarian access to people transferred through a scheme funded by the faith-based NGOs Comunità di Sant’Egidio, Federation of Evangelical Churches and Tavola Valdese.

Right to housing and forced evictions

Roma people continued to experience discrimination in access to adequate housing and they are often subjected to forced evictions or segregation in camps.

In August, for example, authorities forcibly evicted hundreds of people, including children, from a building in the center of Rome. The European Commission is failing to take action against Italy for the violation of EU law for discrimination.

Torture and deaths in custody

Concerning the introduction of the law that criminalizes torture, Amnesty International and Liberties member Antigone share the same position by considering it unacceptable. Amnesty International also dedicated a paragraph to “deaths in custody”, reminding briefly the ongoing trial against those responsible for the death of Stefano Cucchi. A tragedy that highlights, once again, the importance of having an effective law against torture. 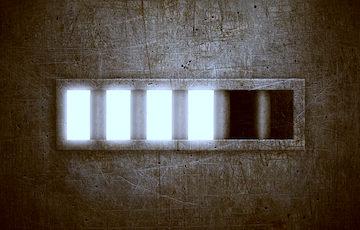 ​The Ongoing Reform of Italy's Penitentiary Code: The Good, the Bad, the Ugly 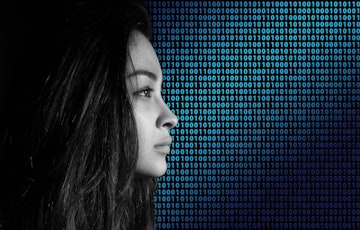 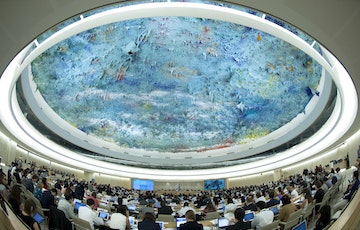