Does the Punishment Fit the Crime? Tough Polish Law Under Review

​A law that allows authorities to detain dangerous criminals even after they have served their full prison sentences is under review by the constitutional court.

The act legislating proceedings against mentally disturbed persons who pose a threat to the life, health or sexual liberty of others entered into force in January 2014.

The bill's adoption was primarily fueled by the then-imminent end of prison terms of persons sentenced to death in communist Poland whose sentences were later commuted to 25 years in prison.

Pursuant to the law, prisoners who have already served their sentences and undergone a custodial therapy program may be committed to the National Center for the Prevention of Dissocial Behaviors. This measure will be applied in cases where individuals suffer from personality disorders which may result in them committing serious crimes against life or sexual liberty.

As work on the bill began, the Helsinki Foundation for Human Rights noted that the proposed law may be an attempt to circumvent the double jeopardy rule and the non-retroactivity principle. Imprecise rules guiding the placement of convicts at the center in Gostynin may be a tool for administrative correction of judicial sentences. 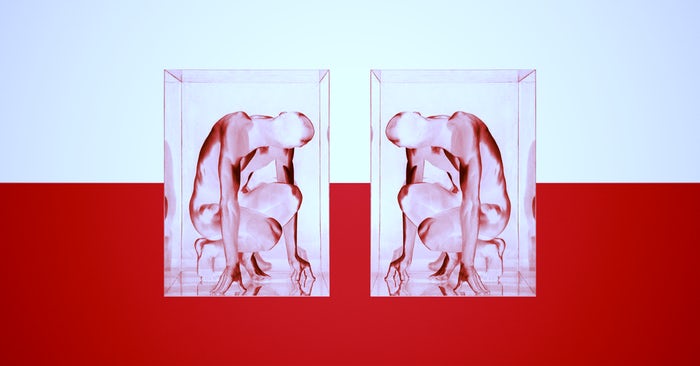 The HFHR presented two legal opinions on the version of the act proposed by the Ministry of Justice. According to the organization, the draft’s main flaw is in the fact that a placement decision may be based on, among other things, "personality disorders" or "sexual preference disorders," which are not classified as mental illnesses.

Another opinion noted that the range of the law's application had been extended to other groups of convicts, originally left outside the scope of the law. A corrected version of the act’s proposal introduced the category of "persons posing threat," or offenders sentenced for violent crimes who were diagnosed during the term of their incarceration with a mental disorder that puts them at a high risk of committing another crime against life or sexual liberty.

At a later stage of the legislative process, the HFHR urged Poland's president to initiate the constitutional review of the act before its entry into force. The president, however, chose to sign the act into law.

At that point, the HFHR asked the commissioner for human rights and the prosecutor general to consider requesting a constitutional review of the act on proceedings against mentally disturbed persons. The case, supported by an amicus curiae brief from the HFHR, was sent to the Constitutional Tribunal.

The court carried out its review on November 15, and a ruling is expected soon.