The criticism directed at a Croatian professor for sharing his thoughts on the country's independence referendum is a reminder that we must stand against persecution and intimidation as tools to silence those with different opinions.

by Centre for Peace Studies - Croatia

Professor Dejan Jović was dismissed from his position of chief analyst at the Office of the President of Croatia by President Ivo Josipović in the beginning of October. The cause for his dismissal was a commentary on Croatian independence that he published in an online edition of Politička misao (Political Thought), a scholarly journal publishing papers in political science.

His point of view was that as opposed to the recent Scottish referendum, the 1991 referendum on Croatian independence was neither fair nor free, due to the continuous threats of violence and insecurity, which made it impossible for the opposing side (which was at that point not in favor of the full independence of former Yugoslav republics) to formulate and present its platform and arguments.

The official statement from the president’s office was brief and it stated that the president disagreed with his advisor on this particular view and regards the secession as democratic in spite of the extremely perilous circumstances which eventually led to war.

However, some commentators believe that questioning the belief that every nation strives toward independence, and disqualifying it as a myth (as proven in the recent referendum in Scotland), touches upon a dogma deeply ingrained into Croatian society since its independence. The professor's comparison of the Scottish referendum and the referenda held in Yugoslavia before its break-up triggered a strong (mostly one-sided) political debate.

Attacked for his beliefs

Professor Jović's positions received harsh criticism from nationalist political parties in Croatia, while the “liberal” side silently distanced themselves from the affair. Professor Jović was attacked both as a person and as an expert in all mainstream media by the representatives of most political parties and media pundits, while his colleagues from the academic community kept silent and neglected to show any solidarity with a colleague attacked for merely stating his belief.

Even ethnically motivated attacks (professor Jović belongs to the Serb ethnic minority in Croatia) were unopposed. The speed with which everyone distanced themselves from him, making him a political pariah in a matter of days, is somewhat reminiscent of the treatment of dissidents in the Eastern bloc in the ’60s and ’70s – ironic, considering the fact that the leader of Croatia’s biggest opposition party (and the party that criticized professor Jović the most) often refers to "the dark ages of communism."

Centre for Peace Studies has published a letter of support for professor Jović that has triggered other individuals and groups to publically stand against hate speech. The letter emphasized the fact that the events from Croatia’s recent past are still impossible to be critically discussed and observed without attracting hate speech and even worse kinds of unwanted attention.

The persecution of those with different opinions is a common practice in our system that we should be striving to overcome. It is obvious that persecutions such as this one might not stop with professor Jović but could easily spread and be directed at the entire Serb minority. That is why our letter invited all silent observers to publicly decry such practices. By doing so, they will break the vicious cycle of a discourse that lacks well-argued debate and solely relies on ideological background - a discourse that is prevalent in our society.

CPS hopes that both the broader public and the professional public will stand in defense of arguments versus force, persecution and tactics of intimidation as means of communication. We invite all those whose opinions differ from the opinions expressed by professor Jović to present them in scientific, political or public contexts without calls for persecution – our nation is 23 years old and it’s time to grow up. 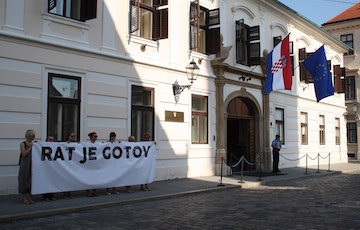 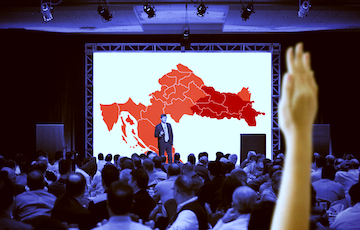 A Deliberation on Minority Rights in Croatia 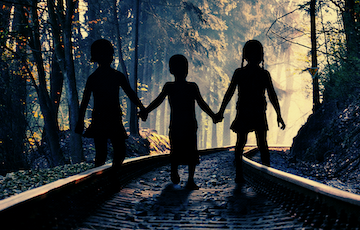 Family of Killed Refugee Girl Put in Detention in Croatia