The EU is entrusted with ensuring that contributions from citizens are used for citizens. But what happens when those funds disappear into the pockets of corrupt politicians and businesses?

What is the conditionality mechanism? How does it promote rule of law?

The EU allocates funds to its member states to spend on improving the lives of its citizens. The money comes from citizens' contributions, paid through their income tax or value-added-tax collected when paying for goods and services. The government’s role is to inject the money into their country’s social infrastructure for the benefit of communities, such as building hospitals, improving public transport or funding schools.

In a sense it is a circular system - the money is collected from citizens, held on trust by the EU and given to member state governments in good faith to be re-distributed to citizens via public services.

But if politicians use the money to line their own pockets and enrich their friends, the system breaks down. As the institution that collected the money, the EU has a responsibility to citizens to ensure that the funds are used on their behalf. This is where the conditionality mechanism kicks in.

The conditionality mechanism is a tool to safeguard EU citizens' money by allowing the EU to withhold funds from a member state for breaches in the rule of law. When corrupt politicians pocket public funds for themselves, this violates the rule of law.

Origins of the conditionality mechanism

The legal instrument was not introduced out of thin air – the patterned behaviour of two main culprits, Hungary and Poland, led to calls for violations to be met with sanctions. Recent years saw both countries shrinking the rights of their citizens to the alarm of civil society and EU politicians. However, the EU was perceived as being ineffective and incapable of taking appropriate countermeasures. Despite investigations, warnings and recommendations from the Commission, Poland and Hungary pushed ahead with legal reforms which took away their citizen’s freedoms and flouted EU values.

Up until 2021, the only sanction available to the EU was Article 7(1) of the EU Treaty, a procedure which would deprive a member state of its voting rights for EU decisions and legislation if it was deemed to be at risk of breaching the union’s core values. While Article 7 proceedings were launched against Hungary and Poland in 2018, the suspension would require the unanimous vote of the remaining heads of state – a threshold unlikely to be met, particularly as both countries have committed to backing each other up.

As far back as five years ago, there were whispers amongst NGOs and some governments and EU Commissioners that violations of the bloc’s democratic principles should be met with financial repercussions. In 2018, Liberties submitted its proposal to the Commission outlining how minor changes to existing legislation would permit the EU to cut off cash flow to member states.

In December 2020 the EU adopted a regulation modelled on Liberties’ proposal, which provided the legal basis for the conditionality mechanism. With it, the EU hopes that the threat of cutting off funding will prompt Hungary and Poland to toe the line - and if they don’t, at least they won’t be doing so at the expense of the EU taxpayers.

What are the guidelines of the conditionality regulation?

The key point to keep in mind concerning the conditionality mechanism is that it is fundamentally a measure to make sure that EU funds are being used for their intended purpose: improving the lives of people living and working in EU countries. If you donated money to an environmental charity and found out they were using it to buy private jets (instead of planting trees as advertised), you probably wouldn’t continue supporting their cause. Similarly, the EU doesn’t want its financial resources – of which Hungary and Poland are significant beneficiaries - to be spent on causes which harm rather than help the people living there.

Politicians concerned with holding on to power above all else act in their own interests, instead of the people they are supposed to represent. They use taxpayers' money to give lucrative contracts to their friends instead of spending it on what people need. They scapegoat minorities to distract people from their own mistakes. And they take over the courts so they can introduce laws which go against citizen’s interests. This authoritarian behaviour breaches the rule of law.

The rule of law is defined by the regulation as encompassing fundamental values including non-discrimination, separation of powers, legal certainty, effective judicial protection, and free courts. Due to it being a financial measure, the conditionality mechanism can only be triggered if it is demonstrated that violations of these values have an adverse effect on the management of the EU budget – general breaches on their own don’t warrant action. To give an example, if it can be demonstrated that a lack of judicial independence is impairing the prevention of corruption, thus resulting in the misuse of EU funds, this would render the mechanism actionable.

Cutting off the flow of EU money is the last step in a drawn-out process. First, the Commission must mount a legal case against the offending country and provide evidence that links the violation of EU law to the mismanagement of EU funds. Then a letter should be sent to the member state requesting it to clarify the concerns raised. If a reasonable explanation is not provided, then formal notification is given, and the procedure is officially launched.

The member state government is given the opportunity to further respond to the legal case against it and propose solutions. If this exchange – spanning months – does not result in a resolution that the Commission is satisfied with, it can issue a recommendation that EU funds should be frozen. After one month, the Council votes on the recommendation, which requires a 55% majority (representing 65% of the EU population). Countermeasures of differing severity are available to the EU, ranging from partial or total suspension, interruption of reduction of EU funds. 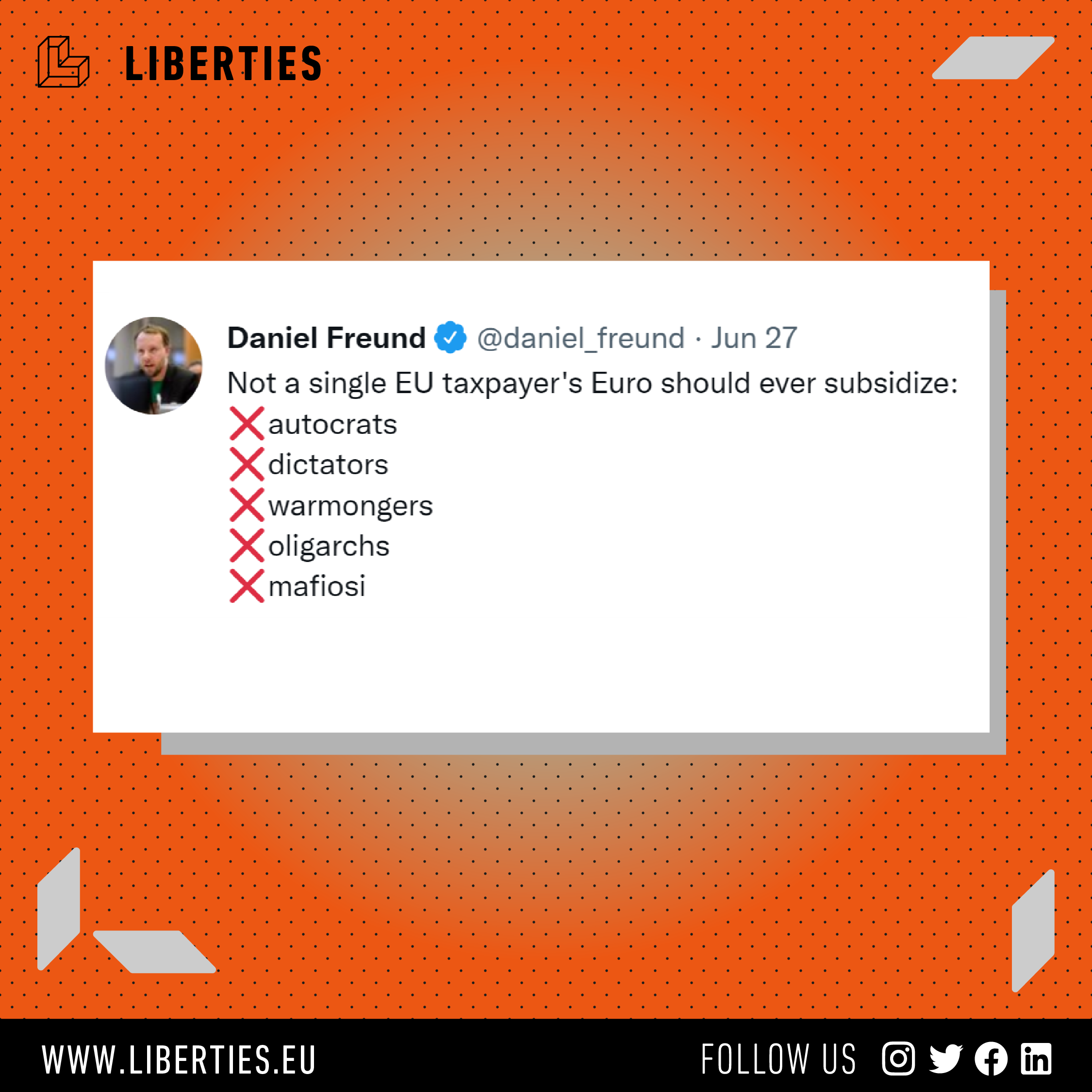 Why did Brussels trigger the conditionality mechanism against Hungary?

It is no secret that for the past decade authoritarianism has been on the rise in Hungary. For years EU recommendations and warnings went unheeded while Orbán continued to misspend monies intended to benefit Hungarian people. Earlier this year, Members of the European Parliament accused Orbán of centralising and redistributing wealth to his inner circle through agriculture subsidies”. Following investigations in Hungary, The Times reported that Orbán was using EU funding as “a patronage system that enriches his friends and family, protects his political interests and punishes his rivals.”

Liberties’ 2022 and 2021 rule of law reports showed Hungarian democracy in decline. Blatant political influence over the judiciary resulted in erosion of independent courts and public trust in the justice system. High levels of corruption went unchecked due to an absence of effective measures and a lack of accountability, and the deliberate suppression of media freedom brought 80% of Hungarian media directly or indirectly under government control. Other worrying anti-democratic policies included the controversial anti-LGBTQIA+ legislation, a crackdown on NGOs and using the pandemic as an excuse to over-extend power.

Orbán’s tactics read straight from the playbook of an authoritarian leader, which first and foremost harms the well-being of Hungarian citizens. Rather than doing his job - serving the needs of the people - Orbán is shameless in his efforts to consolidate his grip on power, even if it makes the lives of Hungarians worse. Public funds should be used to build services which meet the needs of people - like improving hospitals to give people the care they need when they fall ill, or investing in the school-system so children can get a good education. By redirecting EU monies for his own political gains, Orbán deprives ordinary Hungarians from having a higher quality of life.

What to expect from the conditionality mechanism against Hungary?

There are mixed feelings about the effectiveness of the conditionality mechanism. According to Hungarian constitutional lawyer Gabor Halmai, "The fact that the EU has been incapable of sanctioning serious violations of rule of law principles for 10 years in the case of Hungary and five years in the case of Poland does not change with the mechanism.”

Critics have argued the requirement to evidence the misuse of EU funds dilutes the mechanism’s original purpose – to stop member states from acting against the interests of their people – meaning in practical terms it functions as an anti-corruption mechanism.

This financial clause stemmed from the ‘interpretive declaration’ (meaning the mechanism can only be activated if EU funds are affected) pushed by Hungary and Poland, which Liberties warned risks rendering the mechanism ‘toothless’. The result is that attacks on minorities or the LGBTQIA+ community which don’t impact the EU budget aren’t caught by the mechanism - which leaves already vulnerable groups unprotected.

Autocrats rely on your ignorance. Don't make it easy for them

Nonetheless, the decision by the Commission to trigger the conditionality mechanism sends the message to Orbán and his cronies that depriving Hungarians of EU funds won’t go unpunished.

While the outcome remains to be seen, the EU is (hopefully) finally hitting Orbán where it hurts.

What Is the Rule of Law?

Speechbag Podcast E08: 'We Must Not Feed Our Inner Putin' 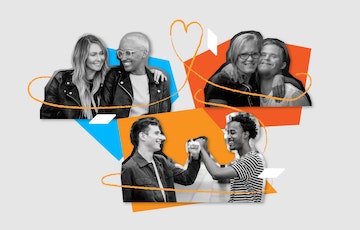 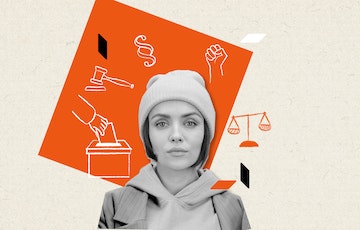