Can Human Rights Torpedo the Rise of Authoritarians?

2019 is set to be an exciting and challenging year. The European Parliament will hold elections, and Liberties will be touring Europe to share our new book giving insight on why populists appeal to voters and how we can reverse their success.

Populist authoritarian parties failed to come out on top in the Dutch, French and German elections of 2017. Some commentators suggested that this spelled the death of populism in Europe. But subsequent elections in Austria in 2017 and then the Czech Republic, Hungary, Italy, Slovenia, and Sweden in 2018 have proved otherwise. Even in countries where authoritarians failed to enter government, like Slovenia and Sweden, their support grew. And in the case of the Netherlands, Sweden and Austria, it seems fairly clear that centre-right parties were able to hold their ground in no small part because they adopted the policies and rhetoric of their authoritarian opponents.

We've seen what authoritarian parties will do once they have a firm grip on power. They will take over or intimidate the media so that they can fill the public with fear and hatred towards minorities, such as migrants. If they can't change the constitution, they will take over the courts to prevent judges from blocking their attacks against certain groups. They will smear, harass and block funding for human rights defenders who criticise the government or who mobilise the public to oppose government policies. They will shape the education system to promote intolerance, xenophobia and repression of women, LGBTI people and ethnic minorities, and they will clamp down on the right to public protest.

Even though everything we believe in is on the line, we haven't been able to get answers from the experts: why is support for authoritarians on the rise, and how can we persuade voters that authoritarianism is not the solution to the problems they're facing?

That's why Liberties has done its own research, and we've found the answers we need to understand what's going on, why it's happening and how to start fighting back. Earlier this month we published a book: 'Countering populist authoritarians: Where their support comes from and how to reverse their success'. During 2019 we'll be touring to spread the message to experts at universities and think tanks, because they're shaping the way that the media and our politicians are reacting to the rise of authoritarians. We'll also be rolling out advice for policy-makers and human rights defenders, explaining what they can do, as well as a series of blogs for the general public so we can get you clued up on how you can do your bit.

In the run-up to the European Parliament elections we'll also be keeping you up-to-date on how authoritarians are likely to perform. Polling suggests that the European Parliament elections will not increase the size of authoritarian political groups so much that they will be able to form a majority. But what seems to go unnoticed is that each of largest political groups in the European Parliament are tainted with MEPs from authoritarian parties. It's not just Hungary's Fidesz in the centre-right EPP group. The Czech ANO party sits in ALDE, the Liberal group. And Romania's PSD and Slovakia's Smer sit in the centre-left Socialists & Democrats group. We'll be bringing you the figures and some analysis on how the MEPs could form coalitions that keep authoritarians out of the driving seat and out of the back seat.

2019 is set to be an exciting and challenging year. We hope that you'll join us in building a growing movement of Europeans ready to stand up for democracy and our fundamental freedoms. 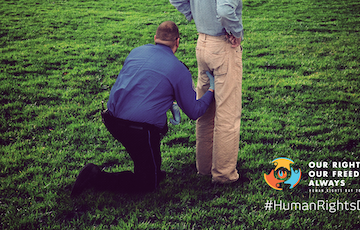 #HumanRightsDay: Europe Closes Down, But Europeans Must Not Let Down on Freedoms 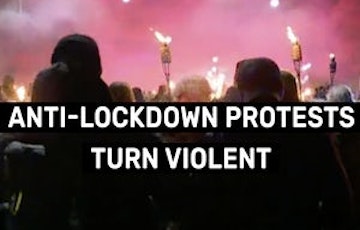