A recent review of institutions for children in Bulgaria found severe deficiencies in care, a number of injuries and 75 deaths over eight years.

The Bulgarian Helsinki Committee (BHC) filed fourth consecutive case with the European Court of Human Rights (ECtHR) over the death of a child in a so-called "home for children" due to systemic neglect that led to morbid malnutrition.

When she died in 2005, Ralitsa was 11 years old and weighed only eight kilograms. The official cause of her death was given as "cardiovascular disease." Two days earlier, her heartbeats were muffled and slower and the child gradually fell into a terminal condition, but neither the nursing home staff nor her personal doctor took her to hospital. As a result, no treatment was appointed.

In 2015, after consecutive petitions by the Bulgarian Helsinki Committee, 10 years after her death and five years after the start of pre-trial proceedings, the Appellate Prosecutor's Office ruled that although "there is evidence that her GP contributed to the death of Ralitsa, being negligent in the performance of his duties as a doctor," the limitation period for prosecution had already expired.

The BHC will represent Ralitsa in the Strasbourg court on their own behalf, claiming that her rights to life, freedom from inhuman and degrading treatment, discrimination and effective remedy have been violated.

Ralitsa was born on April 23, 1993, with a physical disability. At six months of age, she was diagnosed with "profound mental retardation." In 1996, when she was three, she was placed in a home for children with mental disabilities in the village of Petrovo, Blagoevgrad, where she spent the rest of her life.

In that institution, Ralitsa was deprived of the necessary rehabilitation. In the forensic medical report in connection with her death, experts found that "the child [...] should've been taken care of continuously by a resuscitator and a pediatrician."

She never received such care. Prosecutors initiated pre-trial proceedings in 2010 — five years after her death — only thanks to the ceaseless efforts of the BHC to advocate for institutionalized children.

At the request of the BHC, the Supreme Cassation Prosecutor's Office conducted in 2008 checks on all the "homes for children" in the country. They identified severe deficiencies in the care of children and young people in the institutions, a number of injuries and 75 deaths over eight years. Despite all this, no pre-trial proceedings have been initiated in respect of the collected data.

The two previous similar complaints of the BHC against Bulgaria — over the deaths of Aneta and Nikolina from the home for children in the village of Straja — have already been communicated to the Bulgarian government by the European Court of Human Rights. 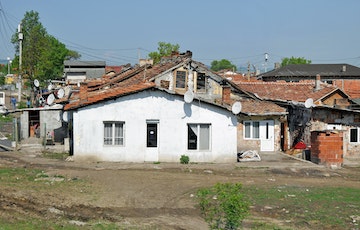 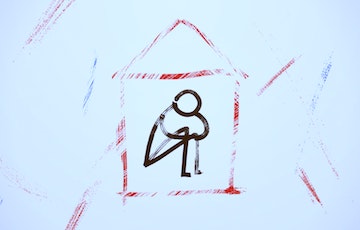