'One Year in Prison': Antigone's Annual Report on Italian Prisons

Overcrowding, lack of work opportunities and acts of self harm continue to blight Italy's penitentiary system.

Liberties member Antigone held a press conference on 19 April to present its 14th annual report, “One year in prison,” available to everyone on its website.

Sometimes politics, people and institutions forget that detainees are human beings. Human beings that transgressed established rules and therefore caused harm to the community, or in other words, persons who made mistakes at one point in their life - mistakes with major consequences for some more than others.

As humans, some minimum life conditions have to be assured, but sometimes, we, as a society, fail to do so. In Antigone's report, it is possible to see that the 10 most crowded prisons in Italy hold a staggering number of detainees, ranging from 203% overcrowding in the worst case to 174%. At there prison in Como, there are 462 prisoners for only 231 beds.

This is not a sporadic situation nor an isolated one: these numbers are not new, nor are they located in a specific region, which shows that the situation has been like this for quite some time, and all across the country.

What the extreme right can’t explain

Only 23% of detainees are enrolled in a course; only 30% work

Only one in five prisoners are enrolled in an educational course in prison. The rate of employment among freed former detainees is 58%. The rest of the statistics do not paint a better picture: only 1.7% work for an employer that differs from the penitentiary administration, which means that all other working prisoners execute work that might not be valuable in the outside world.

There were 9,510 acts of self harm registered in Italian prisons in 2017. The rate varies depending on the prison, but can be quite high: the prison in Reggio Emilia registered 267 cases for 362 detainees.

Alternatives measures are far more useful to everyone, as discussed at the press conference. The detainees that benefit from this type of measure return less often to prison: only 19% of those who serve their sentence outside of prison commit new offenses once the penalty is served, against 70% of those held in jail. In other words, those who are subject to alternatives to detention almost never commit crimes again, which translates into a safer community for all.

The state spends 135 euros per prisoners per day; although implementing new measures might represent a new investment, it might also lead to less re-incarceration and therefore a lower total expenditure in the long run, which would benefit the state, the economy, its people…

It’s important to add that these measures need to both exist and be properly and consistently applied: in Lombardy, 12,078 people served their sentence through alternative measures last year, against just 1,411 in Lazio, so there is no uniform standard regarding when to apply alternatives measures. This, of course, means treatment of detainees is far from equal across the country.

About the stalled reform of the penitentiary system

Law n°103 of 23 June 2017 delegated to the government the task of reforming penitentiary standards, devised in 1975, within one year. Today, only one decree has the possibility of being approved. Antigone has been working for a long time on this reform and has even given recommendations about it in its annual reports.

What would the reform change?

Should true reform become a reality, the most significant changes would be:

These reforms, while necessary, cover only a few aspects of what it is needed to be done. Nonetheless, they represent a step forward for the penitentiary system. 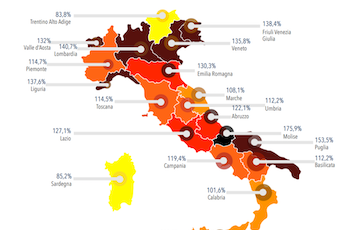 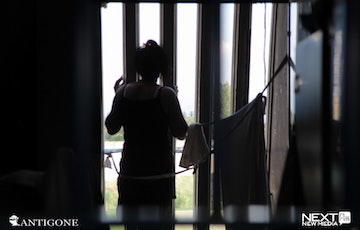 ​Prisons in Italy Got More Use in 2017, Especially for Pre-Trial Detention 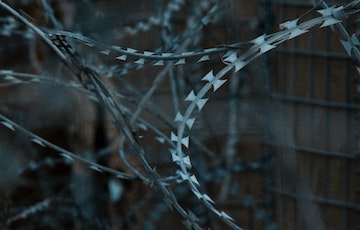