Irish Government Must Do More to Protect Women Despite Abortion Victory

The introduction of long-awaited abortion services in Ireland was marred by anti-choice protests and problems with the new legislation. The Irish Council for Civil Liberties (ICCL) is calling for safe zones and changes to the legislation.

ICCL warmly welcomed the introduction of abortion services in Ireland on 1 January 2019. Along with our members and supporters, we have been campaigning on this issue since our inception in 1976 and are pleased that women in Ireland will, in the main, have access to reproductive healthcare.

However, there are still many barriers to accessing this service. One woman has already been denied an abortion in a case of fatal foetal abnormality. Abortion after twelve weeks is only available in cases of “serious” risk to the health of the woman, although there is no definition of “serious” in the new legislation. Women who live in remote areas face serious difficulty with the mandatory three-day waiting period, which necessitates at least two visits to their doctor. And women may face intimidation and harassment from protesters outside medical centres, which may upset or deter them from seeking the care they need.

ICCL advocates for amendments to improve the legislation

Following the overwhelming and historic 'yes' vote in May 2018, ICCL advocated a number of amendments to the proposed legislation. We recommended that the mandatory three-day waiting period be removed, as it reinforces patriarchal notions of women as incapable of making their own decisions and is incompatible with World Health Organisation standards. The waiting period is also likely to severely impact women in abusive relationships, those who live in remote areas, those who depend on others for care and those who live in Direct Provision (the Irish centres for receiving asylum seekers).

We also called for amendments to the “serious risk to health” grounds in the legislation and the provision which criminalises abortion after 12 weeks. We believe that the requirement for doctors to certify that a risk is “serious”, coupled with a draconian criminal penalty for abortions performed outside the parameters of the legislation, will create a chilling effect and cause harm.

We foresee grave consequences to the government’s failure to decriminalise abortion and the fact that medical professionals will still have to grapple with the question “how serious is serious?” before they can intervene to protect a woman’s health after twelve weeks of pregnancy. In the past, this has led to the deaths of women, including Savita Hallapannavar.

Furthermore, having seen the intimidation masquerading as protest outside health clinics in Galway and other parts of the country, ICCL is calling on the Minister for Health, Simon Harris, to legislate for safe zones* around abortion provision centres and for him to move to enact such legislation immediately.

ICCL attaches great importance to the right to peaceful protest. However, the right to protest is not absolute and does not include a right to intimidate, harass or prevent women from accessing health care, including abortion services. These protests target women with the intention of deterring or intimidating them from accessing health services. The Irish government is obliged by international treaties, to which we are party, as well as by our own Constitution, to protect the right to privacy. It is also obliged to protect access to healthcare and to ensure that healthcare professionals working in these settings can do their work in a safe environment.

Under human rights law, the right to protest may only be interfered with in specific circumstances, including in order to protect the rights and freedoms of others. Protecting the right to access healthcare and the right to privacy is legitimate grounds for interfering with the right to protest, as long as the measures taken are provided for by law and are necessary and proportionate.

Existing provisions in Irish law for responding to protestors using intimidation and harassment do not provide adequate protection for individuals seeking to access abortion services because they rely on the discretionary use of powers by police.

Where there is evidence of a pattern of orchestrated and organised interference with individual rights, such as the right to access healthcare, general measures to protect individual patients and healthcare workers may be necessary. The creation of exclusion zones that prohibit intimidating behaviour around healthcare premises would help to uphold individuals’ right to privacy and right to access healthcare. ICCL looks forward to the publication of legislation in this area, and we will examine it carefully to ensure that any proposal provides a proportionate balancing of rights.

*The use of such exclusion zones has been found in other jurisdictions to constitute a proportionate and necessary interference with the right to protest. Máiréad Enright of Lawyers4Choice has provided a detailed analysis of the legality of exclusion zones and how they might be provided for in Irish law here. 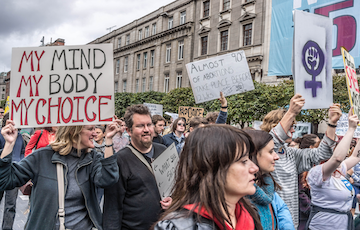 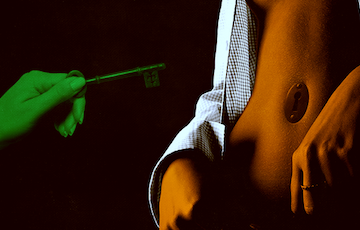 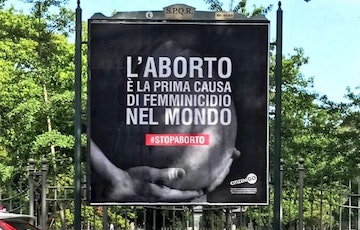